The Rubens House has acquired Landscape with Nymphs and Satyrs by the Flemish landscape artist Paul Bril (1554-1626). Bril’s landscape painting is prominently featured in the iconic The Art Gallery of Cornelis van der Geest and is now displayed alongside this painting. 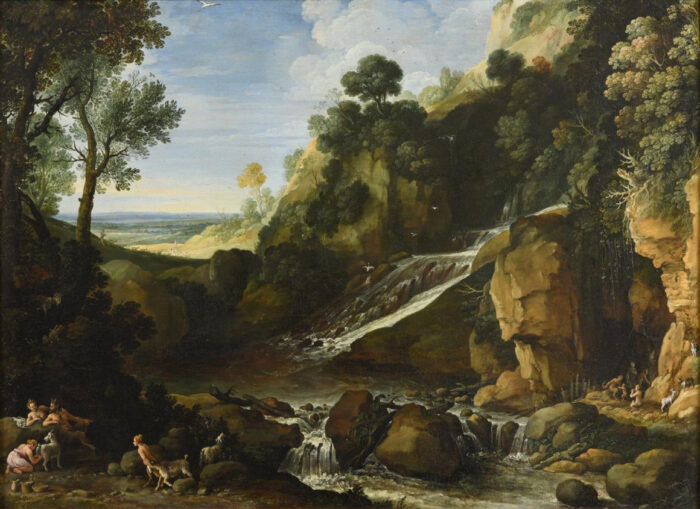 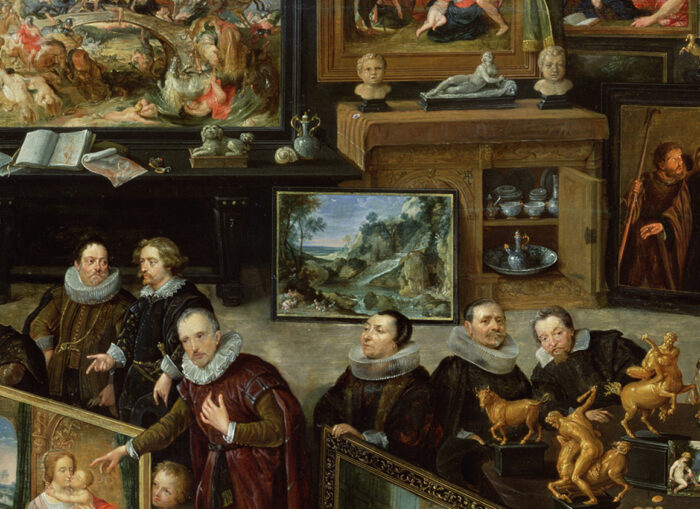 Paul Bril spent most of his career in Italy where he became internationally famous. After completing his training in Antwerp, Paul Bril left for Rome in his early twenties, where his typically Flemish specialism, the landscape, was in great demand. There he received commissions for frescoes from popes and cardinals in addition to painting smaller landscapes on copper, panel or canvas. The new, signed acquisition dates from ca. 1616-19. Bril died in 1626 in Rome. Two years later, this work was depcited in The Art Gallery of Cornelis van der Geest. This ‘metapainting’ is one of the showpieces of the Rubens House’s collection, offering contemporary visitors a unique insight into the seventeenh-century Antwerp art world.