The Deventer Museum De Waag has recently bought a landscape painting by Bartholomeus Breenbergh at an auction in New York. Wooded Landscape with Latona and The Lycian Peasants, signed and dated 1630, is the second painting of the Deventer artist in the collection of the museum and only the third in a Dutch collection. The painting depicts a scene from Ovid’s Metamorphoses and will be the centerpiece in an exhibition  dedicated to the artist in 2020.

Bartholomeus Breenbergh was born in 1598 in Deventer. After the death of his father, the city’s pharmacist, Bartholomeus and his family moved to Hoorn. Breenbergh supposedly started his career with Jan Pynas in Amsterdam, but left the Low Countries for Rome in 1619. Together with Cornelis van Poelenburgh he founded an artist society of Dutch and Flemish painters in Rome called the ‘Bentvueghels’, among whom Breenbergh was nicknamed ‘het Fret’. In 1629 he moved to Amsterdam to further his career as painter and merchant. 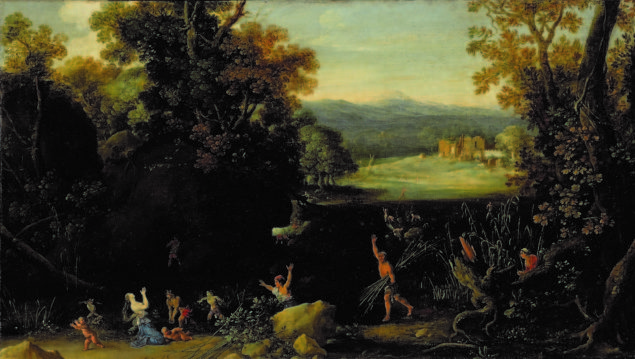