We received the following appeal by CODART member Peter van den Brink, former director of the Suermondt-Ludwig-Museum in Aachen. Peter has begun researching the Master of the 1540s and is calling on CODART members and readers to locate several missing paintings that are related to the unidentified artist.

Launching a private research project
The Master of the 1540s

Since Ron Spronk published a case study on one of the portraits by this mysterious portrait painter, dubbed Master of the 1540s by Max Friedländer, in the Album Discipulorum J.R.J. van Asperen de Boer, which Liesbeth Helmus and myself edited in 1997, I have remained intrigued with his work. Only after my retirement from the Suermondt-Ludwig-Museum in Aachen last year I found the time to start doing some research on this unknown painter, whose existence and painting production was first laid out by Friedländer in his volume XIII of his epic Die altniederländische Malerei, in 1936. Friedländer attributed no less than thirty portraits by his hand, sixteen of which indeed seem to have been painted by one and the same hand. The other fourteen are likely to be by a different painter, although in some cases I try to keep an open mind until I have been able to study the pictures with my own eyes. In the meantime I have added seven portraits, unknown to Friedländer in 1936, to the group of accepted paintings, now consisting of 23 numbers. These paintings can be found in museums in Cambridge Massachusetts, Sydney, Dublin, Turin, Pittsburg, Edinburgh, Antwerp, Santa Barbara, Cologne, the National Trust, and private collections in Antwerp, Munich, New York, Austria, Switzerland and the UK.

On the portrait painter himself nothing is clear yet, but based on the 23 portraits, of which 21 are in fact dated, we can state that the quality peak of his production was between 1541 and 1545. Only three portraits are dated later (1547, 1550 and 1551) and they are not of the same high quality as his earlier portraits. In addition, these earlier portraits depict sitters that are clearly Netherlandish, based on their costumes, whereas the latter three show sitters in a different attire. Nevertheless these portraits are certainly by his hand, based on stylistic comparison as well as technical examination, especially infrared reflectography, but based on the close inspection of the inscriptions on these portraits, too.

His earlier portraits (six dated 1541, two dated 1542, four dated 1543, five dated 1544, one dated 1545 and two portraits undated, but certainly within this time frame) show stylistic affinity with Joos van Cleve’s portrait paintings, whereas two identified portraits link the painter to Antwerp. Given the fact that Joos van Cleve’s later portraits (from the 1530s) are still not stylistically examined very well, I regard it possible that the painter may have worked in Joos van Cleve’s studio until the latter passed away in 1540 and started working on his own from that moment onward, either as a free master, or in Joos’s studio that may have continued to function after Joos died. Although very speculative, it is not unlikely he moved to England or Scotland after 1545, possibly in 1547, when Edward VI became King.

Priority number one is at this very moment to examine his portrait paintings more closely and try to convince owners to have their portraits examined with infrared reflectography especially, since this technique has proved especially worthwhile. No less than six paintings (in Cologne, Sydney, Cambridge MA, Dublin and two portraits in private hands) have been documented with IRR and the results are more than promising. They give an excellent insight in his working methods, already laid out by Ron Spronk in 1996 and 1997. However, much more has been found, but this will be part of the publications that will follow the research. The first publication is planned for next year, connected with the 1544 dated portrait in the Wallraf-Richartz Museum in Cologne, but ultimately the research should land in a book, including a complete catalogue raisonné and superb illustrations.

Many portraits are known from black and white images only, their present whereabouts unknown. These portraits, five considered to be by the artist and seven doubtful attributions, are my primary concern. I hope some of you recognize these portraits or are familiar with their provenance. I hope you will be able to help me in finding these portraits back, so they can be studied and published. Certainly I am aware that some private collectors prefer to remain under the radar, but of course information that cannot be disclosed should remain confidential. Nothing new about that. Furthermore I do hope colleagues and collectors will come forward to point out paintings that until now have remained unknown and may have been painted by this master painter that hopefully can be identified soon.

Please note that each painting is listed below with basic details. For all available information, including known provenance, literature and additional remarks, see this document (PDF file) compiled by Peter van den Brink. 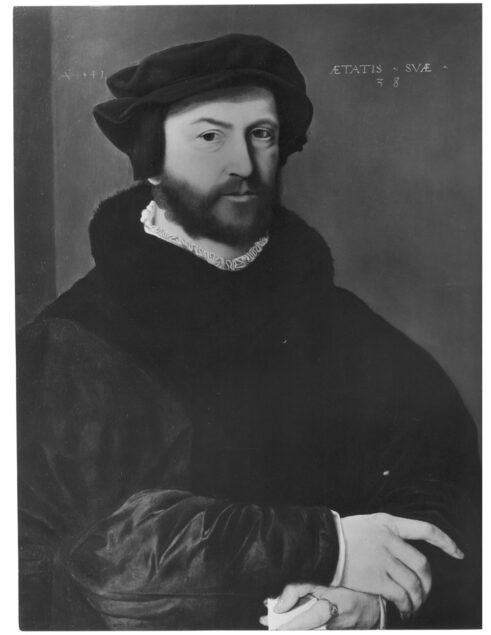 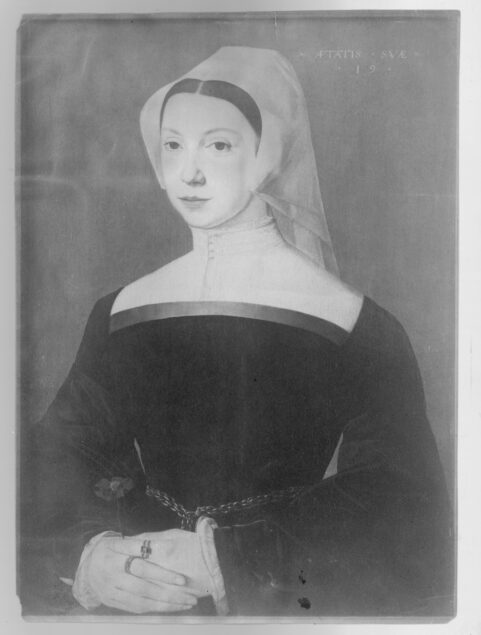 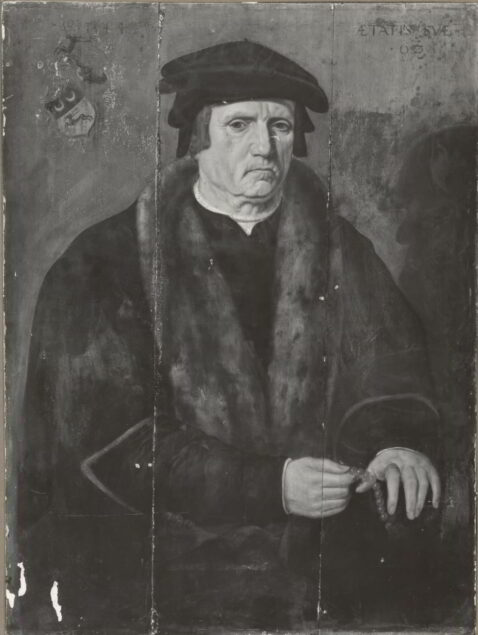 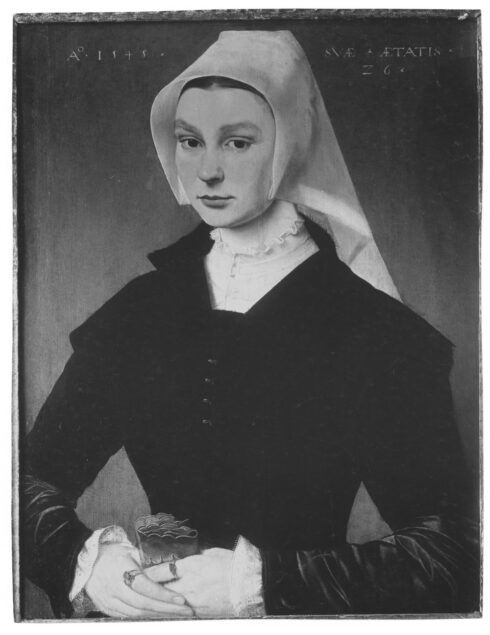 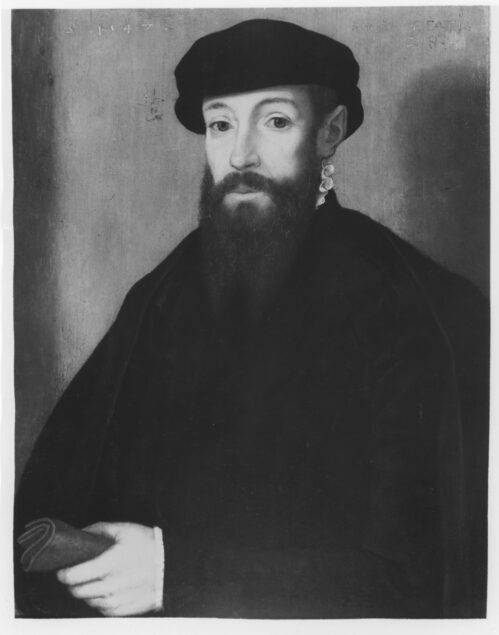 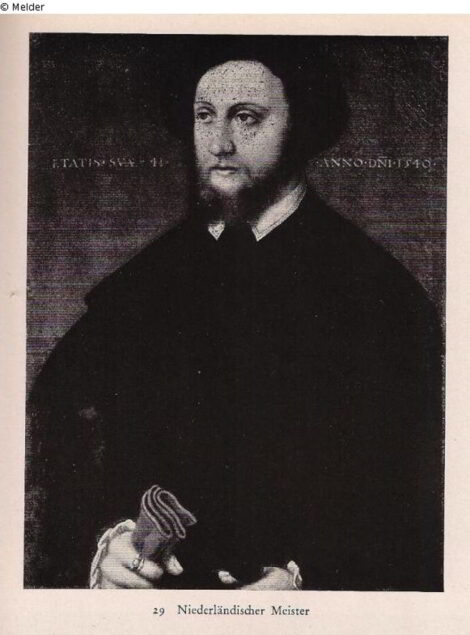 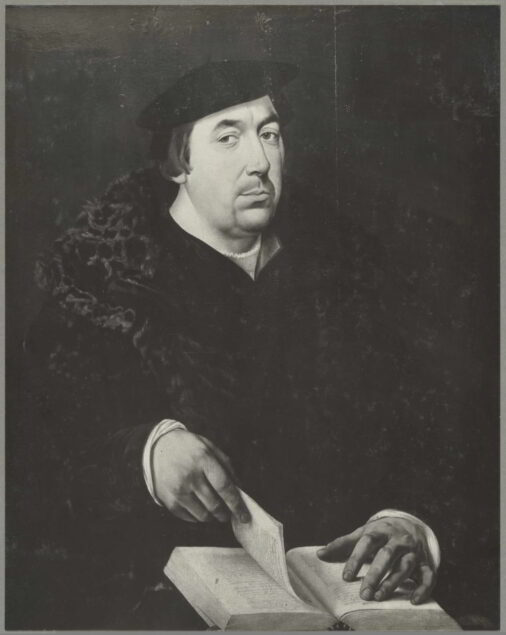 Portrait of a Gentleman with a book 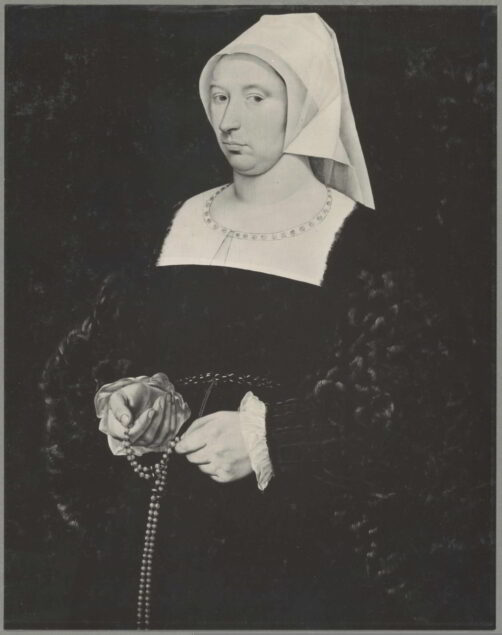 Portrait of a Lady with a rosary 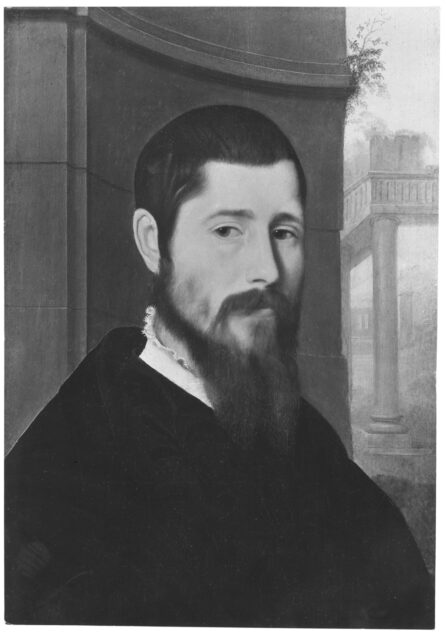 Portrait of a Gentleman in a landscape with antique ruins 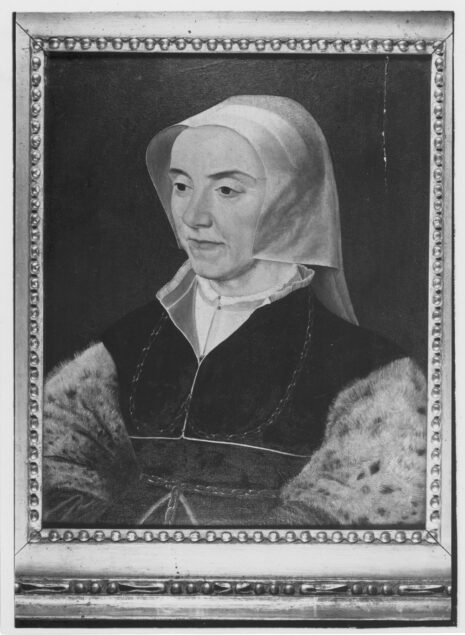 Portrait of an old Lady 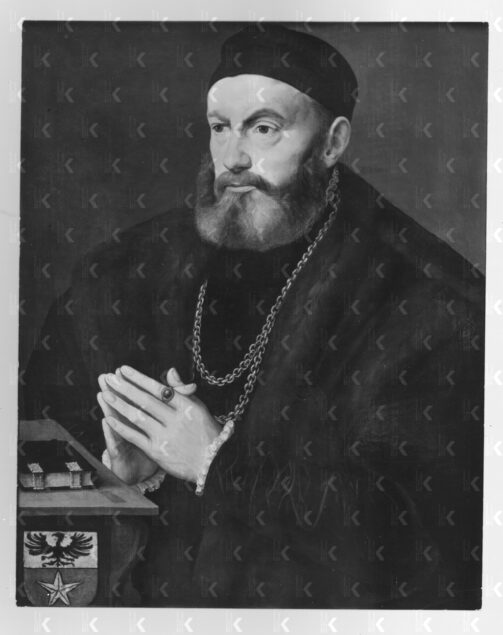 Portrait of a bearded man, praying, his book of prayer in front of him 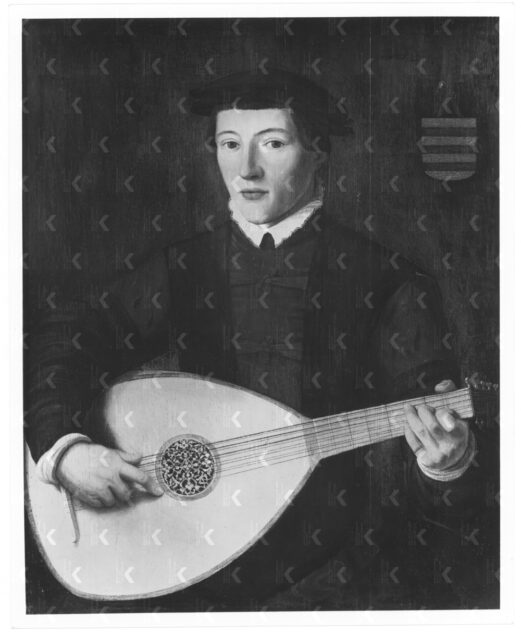 Portrait of a young man, playing a lute