According to the in memoriam on the website of Hoogsteder & Hoogsteder, John was a self-taught art historian who gained his expertise at the RKD – Netherlands Institute for Art History. In 1967 he started selling seventeenth-century paintings at Galerie Hoogsteder on Surinamestraat in The Hague. In 1983 he and his son Willem Jan established a joint-company with Otto Naumann of New York. The gallery moved to its current location on Lange Vijverberg in 1991. 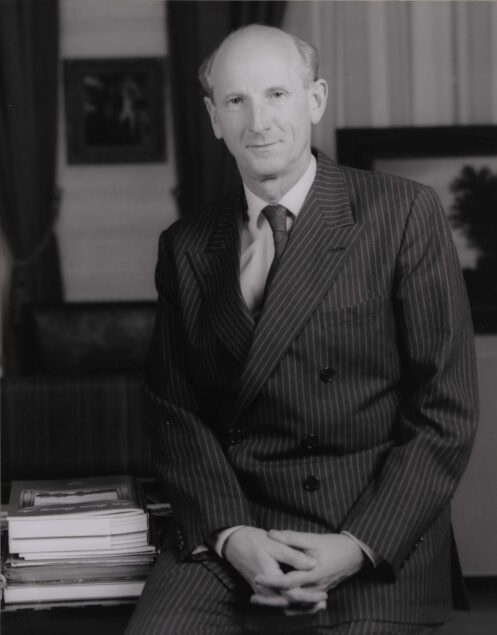 For thirty years, John Hoogsteder was the Old Masters expert on Tussen Kunst en Kitsch, the Dutch equivalent of the Antiques Roadshow. He continued until he reached the age of 80, although at 85 he was still at the gallery every day. Hoogsteder was also a strong supporter of Museum Bredius, which he helped reopen when the museum was forced to close in 1985. His involvement with the museum continued until the day of his death, for decades on a day-to-day basis, and later as honorary curator.

John Hoogsteder survived his wife Hendrika Boode (Riek) by half a year. They had been married for 65 years and had two children, Willem Jan and Edith. The funeral service was held privately in The Hague.

We would like to express our condolences to John Hoogsteder’s family and friends.