A long-lost self-portrait of Rembrandt has been rediscovered by Gary Schwartz. The new discovery is published in his latest book Rembrandt in a Red Beret – The Vanishings and Reappearances of a Self-portrait.

The painting has not been seen in the Netherlands for nearly 125 years and has not been on public display since 1967. It is currently being presented in Escher in The Palace, the city palace in The Hague where the self-portrait was housed from 1850 to 1894.

For his research, CODART founder and Rembrandt specialist Gary Schwartz drew on numerous unpublished documents in the Dutch Royal House Archive, the archives of the American and German governments, the National Gallery of Art in Washington, German courts, as well as private correspondence between Hereditary Grand Duchess Elisabeth of Saxe-Weimar-Eisenach and the German-American Rembrandt specialist Jakob Rosenberg. Schwartz’s new publication reconstructs the adventures of this significant work. 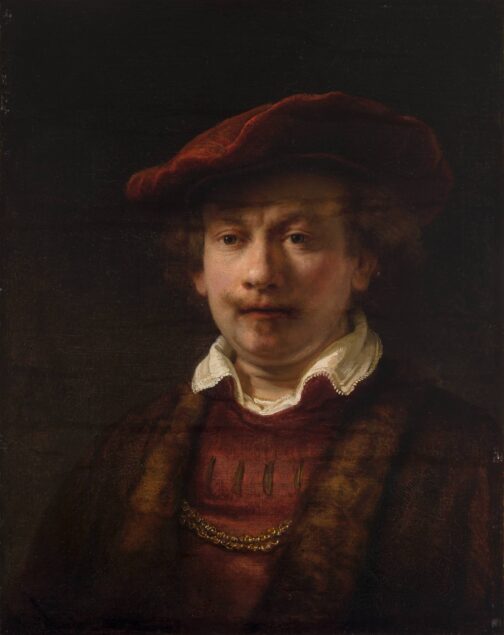 The painting first surfaced in 1823, when it was purchased in Brussels by the future King Willem II of the Netherlands (1792-1849). The work was relocated to The Hague in 1839, after which it hung in the newly constructed Gothic Hall of nearby Kneuterdijk Palace from 1842 onwards. The death of Willem II resulted in 1850 in the break-up of his outstanding art collection through auction. And yet the self-portrait did not go very far. It ended up in Lange Voorhout Palace, which belonged to Willem Frederik Hendrik (1820-1879), Prince of Orange, known as Hendrik the Seaman. The painting remained here for at least 35 years, most likely 44 years.

Its subsequent history reads like a detective novel. After being bequeathed within the royal family to Hendrik’s sister, Princess Sophie (1824-1897), the work was taken to the German city of Weimar, where she was Grand Duchess. There it remained until 1921, when it was stolen from the Weimar Museum. It was missing until 1945, when it suddenly resurfaced in the USA.

The American government seized the self-portrait and sent it back to Germany in 1967 with the intention of having it returned to the museum in Weimar. Once in Germany, it was successfully claimed by an heiress of the last Grand Duke, Hereditary Grand Duchess Elisabeth of Saxe-Weimar-Eisenach (1912-2010). Once again, the canvas disappeared from public view. Until now, 55 years later.

It was taken for granted that the painting was a genuine Rembrandt until 1969, when the German-Dutch art historian Horst Gerson suggested that it might be by or in imitation of Ferdinand Bol. Although Gary Schwartz maintains that no Bol expert has ever entertained this idea, the Rembrandt Research Project did actually take it seriously. Gary Schwartz: “Doubts about who produced the painting were fueled by the damage sustained by the self-portrait after it was stolen in Weimar. Incompetent overpainting misled people as to the work’s quality. Comprehensive new technological research work carried out by the renowned Schweizerisches Institut für Kunstwissenschaft in Zürich has revealed that only the face is work by the original painter. And anyone looking at that face will struggle to regard it as anything other than a self-portrait by the master himself”. In his new publication, Gary Schwartz argues that the work deserves to be acknowledged as by the master himself. He interrogates and refutes objections to accepting the painting for what it appears to be, a Rembrandt self-portrait. 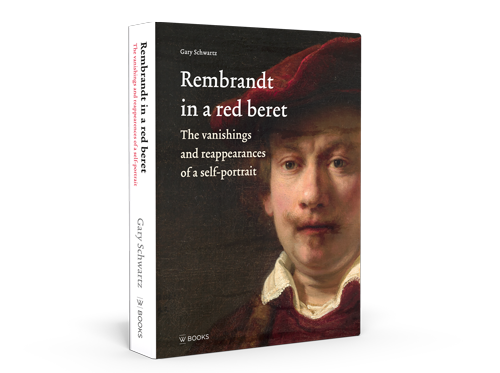