On 6 May the RKD (Netherlands Institute for Art History) presented Gerson Digital: Denmark. It is the second publication in the Gerson Digital project, which centers on cultural exchange between the Netherlands and the rest of Europe from 1500 to 1900. The first, focussing on Poland, was published in 2013. The publication concerning Denmark came about in close collaboration with Leiden University, the Statens Museum for Kunst and The Royal Danish Collection, Rosenborg Castle in Copenhagen.

In order to celebrate the completion of Gerson Digital: Denmark, the Statens Museum for Kunst in Copenhagen organizes a symposium on 24 June, more information is available on the event´s page.

In 2013 the RKD initiated a largescale research project under the banner of Gerson Digital. It traces the careers of Dutch and Flemish artists who worked abroad in the 16th and 17th century, and explores the way they exchanged ideas with colleagues in other countries. There is also a focus on the important part that foreign patrons, collectors and dealers played by buying Dutch and Flemish paintings, both in the Low Countries and elsewhere. This enabled local artists to get to know those works, even many years later, absorb their idiom, and channel it into their own paintings

The starting point for this project was the influential but now obsolete publication by Horst Gerson (1907-1978), Ausbreitung und Nachwirkung der holländischen Malerei des 17. Jahrhunderts (1942), which considers the dispersal and reception of Dutch painting in just about every European country. The aim now is to produce a fully revised, critically annotated and illustrated digital publication, and to stimulate and publish new research. In the coming years the RKD will publish an entire series of instalments online, including publications on Poland, Russia, Denmark, Norway, Sweden, Germany, Austria, England, France, Switzerland, Italy and Spain. Each one will appear (or has appeared) online as a RKD Monograph, a digital publication. 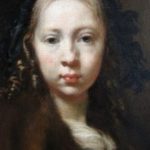