Six sixteenth-century wood sculptures that are currently on show in the exhibition Borman and Sons at M Leuven have been seized by the police. This occurred following a complaint from the Church of Saint Gaugericus in Boussu-lez-Mons.

The six altarpiece fragments are on loan from Museum Boijmans Van Beuningen in Rotterdam for the exhibition about the master sculptor Jan Borman and his sons. The little statues are fragments from the Mary Altarpiece, which can still be seen in the Church of Saint Gaugericus in Hainault to this day.

“We are surprised by the complaint. Museum Boijmans Van Beuningen and the Church Fabric Committee of Boussu have been negotiating about these altarpiece fragments for years,” said Denise Vandevoort, chair of M Leuven. Dr Peter Carpreau, Head of the Department of Old Masters adds: “We complied with all the international regulations for the loan. M has been involved in hundreds of exhibition loans over the past decade and this is the first time that anything like this has happened. Moreover, at the end of the exhibition the fragments were due to be taken to the Royal Institute for Cultural Heritage (KIK) to be restored, before being reunited with the original altarpiece.” This is a case of ‘soft’ property seizure, meaning that the statues will remain on show at M until the end of the exhibition on 26 January 2020. 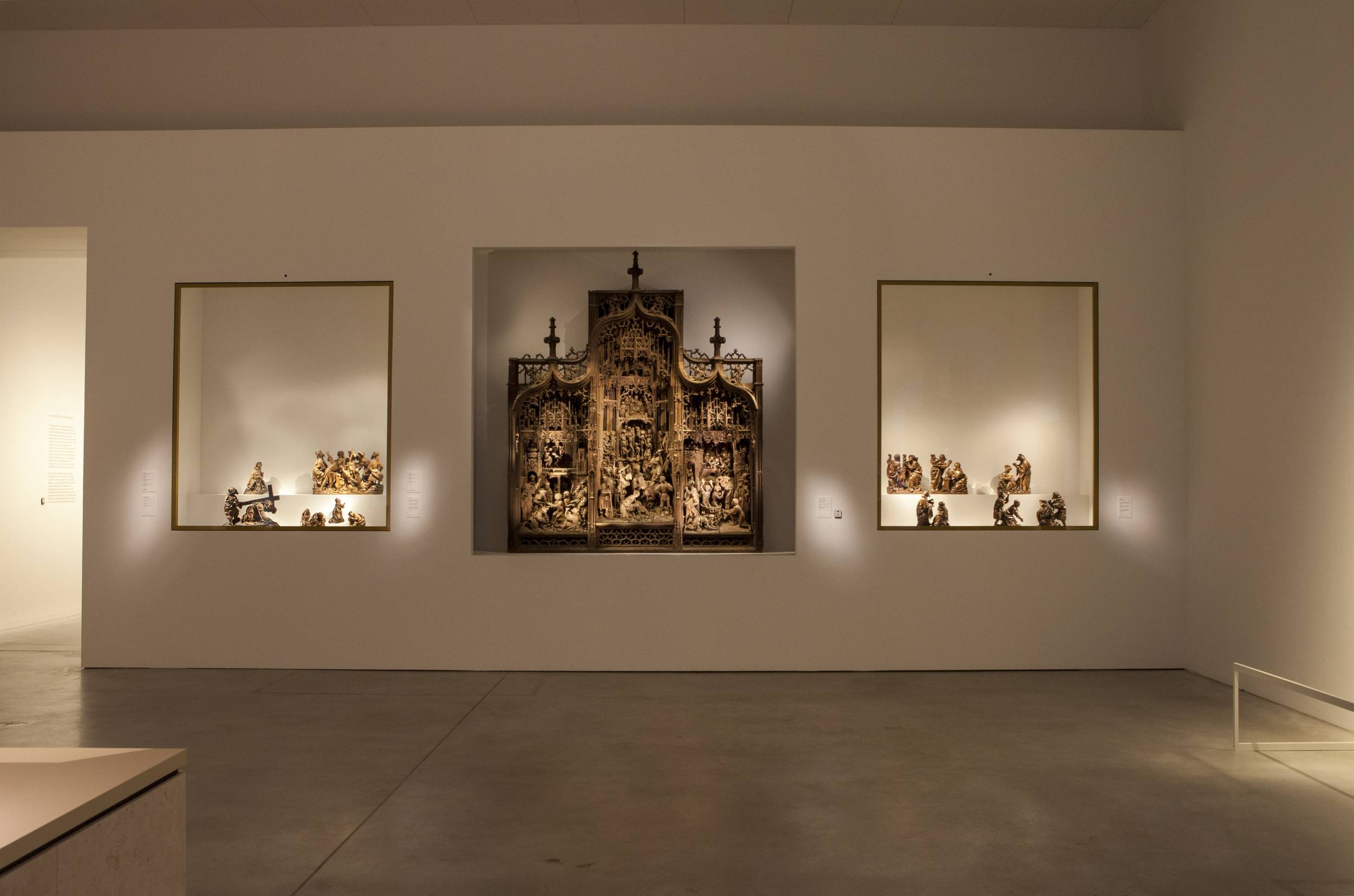