Two paintings by Peter Paul Rubens and Goya that were stolen in 2008 have been returned safely to their walls in Denmark’s Voergaard Castle.

The thieves were caught and have already served their sentence for breaking into the castle in northern Jutland at night and stealing the paintings, but they never gave up the location of the artworks. The paintings reappeared a month ago.

"That’s when we were contacted by (Danish security and intelligence service) PET who told us the paintings might have showed up in Copenhagen," chairman of Voergaard Castle Hans Jorgen Kaptain told news agency Ritzau.

"We were sent a picture of the two paintings, leaning against a mattress. They looked so authentic that we dared to believed they were the real ones," he said.

Danish experts have verified that the paintings match the time period of both Rubens and Goya, but a true verification of authenticity requires examination by experts in the artists’ native countries of the Netherlands and Spain. 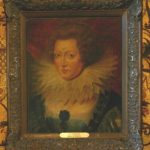 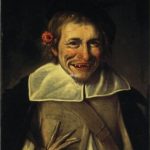