Information from the Kunsthistorisches Museum

As part of the successful collaboration between the Kunsthistorisches Museum and the Government of Flanders to showcase a loan from a Flemish collection for a year in the newly-installed Kunstkammer we welcome the third annual loan from a Flemish museum – a diptych from the Museum voor Schone Kunsten in Ghent.

Margaret of Austria Worshipping the Virgin and Child

The right wing of the “Diptych with Margaret of Austria Worshipping the Virgin and Child” shows the archduchess kneeling at a prayer stool in her private bedchamber; she has turned to face the Virgin Mary depicted on the left wing. Margaret is wearing a gold brocade court dress edged in velvet and a black cap; neither the cap nor her precious robe are a reference to her widowhood but reflect contemporary fashion.

This suggests that the painting dates from before the death of her third husband, Duke Philibert II of Savoy, who died in 1504, because as a widow Margaret always wore mourning. The arms on the mantelpiece on the far right refer to Margaret’s marriage to Philibert, which was celebrated in 1501: it unites the arms of Savoy with the combined arms of Austria, Burgundy and Flanders. This suggests that the diptych was produced between 1501 and 1504, i.e. before Margaret’s appointment as regent of the Netherlands. We may assume, however, that the painting was in her collection at Malines. As a private devotional image it reflects the duchess’ veneration of the Virgin Mary and continues a long tradition of religious portraits of members of the house of Burgundy. Our first Flemish loan, the painting “Isabella of Portugal with Saint Elisabeth” by Petrus Christus from the Groeningermuseum in Bruges, shown in the Kunstkammer Vienna in 2013/14, depicted a similar subject: archduchess Margaret’s great grandmother kneeling in prayer.

A representative of the Early Netherlandish school, the anonymous artist known as the “master of 1499” was active around 1500, probably in and around Bruges and Ghent; his name derives from the date 1499 inscribed on one of his works. His small-scale winged altarpieces and devotional paintings reflect the spirit of Devotio Moderna, a novel form of religiosity popular in the Low Countries during the late Middle Ages that focused on personal piety.

In 1507 Emperor Maximilian I installed Archduchess Margaret of Austria (1480-1530), his recently widowed daughter from his marriage to Mary of Burgundy, as regent of the Netherlands. Her palace at Mechelen became a centre of learning, drawing numerous artists and scholars, with special rooms to house her extensive library and collections of art and natural objects – an early and important step in the evolution of Kunstkammer collections north of the Alps. Margaret was also the first in a long line of Habsburg connoisseurs and collectors whose love of art still informs the holdings of the Kunstkammer Vienna. 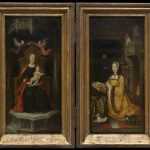 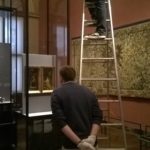 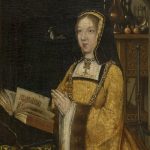