Foundation House in The Hague

CODART is moving to a new address. On 1 January 2022 the CODART team will relocate to premises in the Foundation House on Koninginnegracht in The Hague, a stone’s throw from Central Station. It is a handsome location with all the facilities that CODART needs, close to the Museum Quarter, the Ministry of Education, Culture and Science (OCW), and to the Delegation of Flanders in The Netherlands.

Since 2007, CODART has had its offices at the RKD – Netherlands Institute for Art History in The Hague. Since the RKD will have to move within the foreseeable future, CODART went in search of new premises. CODART is very grateful to the RKD for the hospitality and support it has received during this long, crucial period, in which the network has grown into an internationally recognized and prominent platform for curators of Dutch and Flemish art worldwide.

At its new office, CODART will remain the flexible and independent organization it has always been, and will continue to cooperate with all its members, the museums, and other institutions in the field. 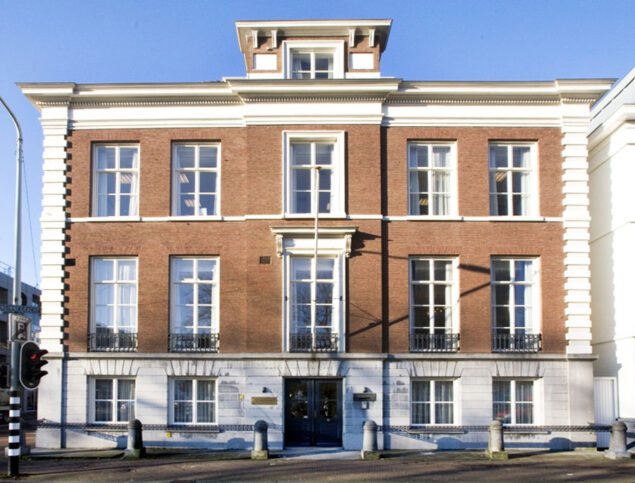 Foundation House in The Hague

CODART is an independent foundation with ANBI status (public benefit organization), founded in 1998 and since 2001 the recipient of a grant from the Ministry of OCW by way of an institution which is subsidized under the Heritage Act. As of 1 January 2022 this will be the Rijksmuseum. An ever-increasing number of activities have been made possible by the contributions of members and museums, and by fundraising through the Friends of CODART Foundation and the major cultural funds. Since this year, CODART has also been in receipt of a subsidy from the Flemish Government.