Yesterday, 1 July, Gerdien Verschoor celebrated her tenth anniversary as director of CODART. On this exact date in 2005 she succeeded Gary Schwartz, founder of CODART in 1998.

In these past ten years CODART experienced many changes: the amount of members doubled, the Friends of CODART Foundation was established, the paper CODART Courant became a digital CODART eZine, the financial crisis presented challenges that CODART handled in a creative way, and many congresses and other events were organized all over the world.

Completely surprised by her staff, Gerdien was presented with a festive afternoon. At 15:00 CODART members, relations, friends and family gathered in a room at the RKD offices. The party was welcomed by Judith van Kranendonk, Member of the Board of CODART and by Chris Stolwijk, Director of the Netherlands Institute for Art History (RKD). Norbert Middelkoop delivered a festive speech and Paul Huvenne gave an entertaining lecture about the power of visual language or ‘beelddenken’ – a theme he inventively linked to Gerdien’s other career as novelist. To round off this meeting, the CODART staff presented a timeline 2005-2015 and the day was concluded with a festive reception.

Gerdien Verschoor wishes to thank all the members and relations who attended this surprise party, and for all the letters, cards, emails, gifts, flowers, and kind words. She is looking forward to further cooperation with all of you! 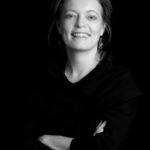 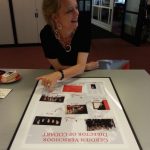