CODART flourishes as an international network of curators of Dutch and Flemish art because artworks from the Low Countries are dispersed around the world. Its register contains, in addition to 178 museums in the Netherlands and Belgium, no fewer than 582 museums with Netherlandish art in 49 other countries: 434 in Europe and 148 in other parts of the world. Heading the list are the United States, Germany, Great Britain and France. Altogether museums outside the Netherlands and Belgium own tens of thousands of Northern and Southern Netherlandish paintings from the fifteenth to the eighteenth centuries and, to a lesser extent, from the nineteenth and twentieth centuries, not to mention the tens of thousands of drawings and prints preserved in print rooms worldwide. And that is not even the whole story, for scattered around the world are dozens of museums that have never registered with CODART, even though their holdings also include a (sometimes small) sub-collection of Netherlandish art. The majority of these collections were established after 1900, but there is a group of museums whose core collections were formed before 1900, sometimes centuries before. This is particularly true of those European museums that grew out of old princely holdings. 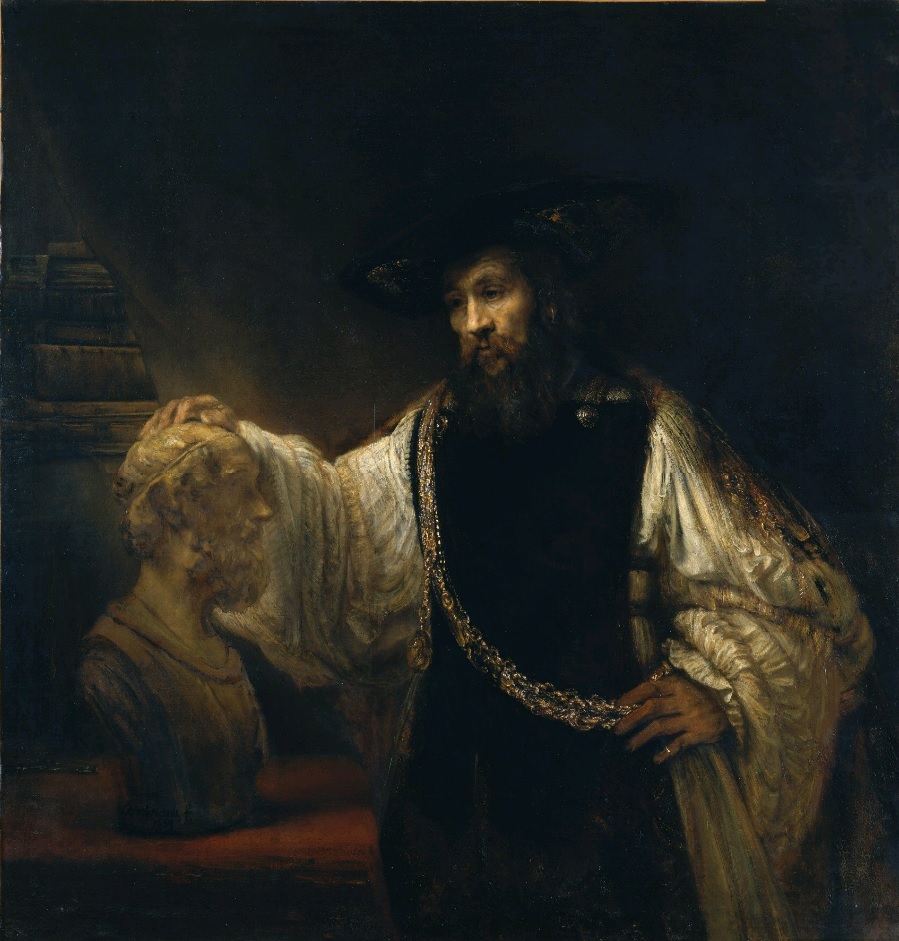 These museums vary not only in age, but also in the proportion of Netherlandish art in their collections. Few museums outside Europe and North America have sizeable collections of Netherlandish paintings, but some – such as Havana, Buenos Aires and Cape Town – do have important holdings comprising dozens and dozens of works. Museums with large collections of Netherlandish paintings – 500 or more – are found mainly in Europe and are usually, though not always, the upshot of old princely collections. Most American museums have much smaller collections consisting of several hundred pieces at most, though many of these works are of remarkably high quality. Examples are the National Gallery of Art in Washington and the Metropolitan Museum of Art in New York. Only the Philadelphia Museum of Art boasts holdings – mainly thanks to John G. Johnson’s passion for collecting – that can compete in size with those of some European collections, although it boasts far fewer top-quality pieces than either Washington or New York. The leader among the European museums is the Hermitage in St. Petersburg, followed by the museums in Berlin and Paris – three museums whose collections are not only large but also of very high quality. Admittedly, the National Gallery in Prague (Národní galerie v Praze) approaches these last two in terms of quantity, but the overall quality of its collection is much lower. Museums with a long history, such as those in Dresden and Vienna, also pride themselves on more extensive holdings of Netherlandish paintings than a comparatively young institution such as the National Gallery in London, whose collection, however – like those of some American museums – is of extremely high quality.

The wide dissemination of Netherlandish art is not a recent phenomenon, but the result of developments that have been going on for centuries. As early as the fifteenth century, some of these paintings – the production of which was increasing rapidly, especially in the Southern Netherlands – were either intended for export or had been commissioned by foreigners. This fact alone explains why many artworks – such highlights as the Portinari Triptych and the Trinity Altarpiece, both by Hugo van der Goes, to name but two examples – ended up, early on, in other countries. In the following centuries the export of art increased, but so did the export of artists, who left to pursue careers abroad for longer or shorter periods. These include the Flemish artists who were active in Spain in the sixteenth century, the many Southern and Northern Netherlanders who formed the core of the painters’ community in London in the sixteenth and seventeenth centuries, and those who found employment in the same period (and later too) in Germany, Eastern Europe and Scandinavia. In some cases it is difficult to say whether they belong to the art history of the Netherlands or to that of their adoptive countries. Then, too, there are the masters – such as Peter Paul Rubens, Anthony van Dyck and Gerard van Honthorst – who pursued successful careers outside the Netherlands for a number of years, during which they carried out commissions that remained in their host countries.

What proved to be the most effective vehicle for the dissemination of Netherlandish art – namely the acquisition of existing works by collectors – began as early as the sixteenth century, when collectors living outside the Low Countries began actively to search – not always successfully – for Dutch and Flemish artworks for their collections. A well-known example of an unsuccessful attempt to acquire a piece of Dutch art is that of Emperor Rudolf II: in 1602 his agents tried to buy Lucas van Leyden’s ‘Last Judgment’ triptych, but the town council of Leiden was unresponsive to their request. From the seventeenth century on, however, more and more works of Netherlandish art began to cross the border, with foreign buyers showing a preference for artists of international repute. Early on, Rubens and Rembrandt were key players in the international art market, as were Gerard Dou and the other Leiden fijnschilders. They were soon followed by the masters of the monumental Dutch landscape, such as Jacob van Ruisdael and Aelbert Cuyp. The countless works by these artists that were exported, mainly in the eighteenth century, are part of the constant stream of art that left the Netherlands. This trend manifested itself throughout the eighteenth and nineteenth centuries, and of course continued into the twentieth. Sometimes important private collections have even been bought in their entirety by foreign collectors or sold at auction abroad. 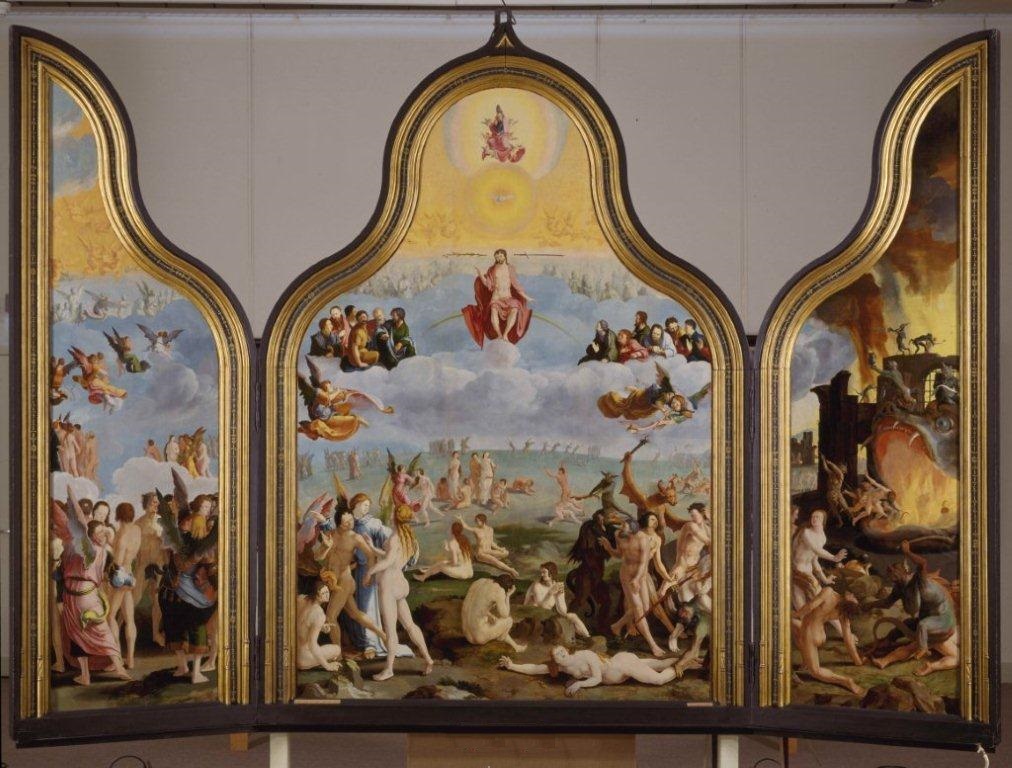 However much art has disappeared over the border, untold numbers of Dutch and Flemish works have remained in the Netherlands and Belgium. A considerable number of previously exported artworks could be repatriated to their countries of origin, thanks to initiatives taken by collectors and museums in the nineteenth and especially the twentieth century. Even though it can rightly be assumed that the artworks of past centuries now scattered around the world are the best ambassadors that the Netherlands and Belgium could possibly have, it cannot be denied that the wholesale export of our art has sometimes resulted in the depletion of certain artists’ oeuvres, to the extent that they could no longer be exhibited optimally in their native countries. A good example is the work of Rembrandt. Around 1880 there were only about eight paintings in Dutch museums that could more or less correctly be attributed to the master, but after 1880 more than two dozen paintings by his hand that had previously left the country returned to the Netherlands, so that Dutch museums can now present a reasonably representative picture of the work of this artist. 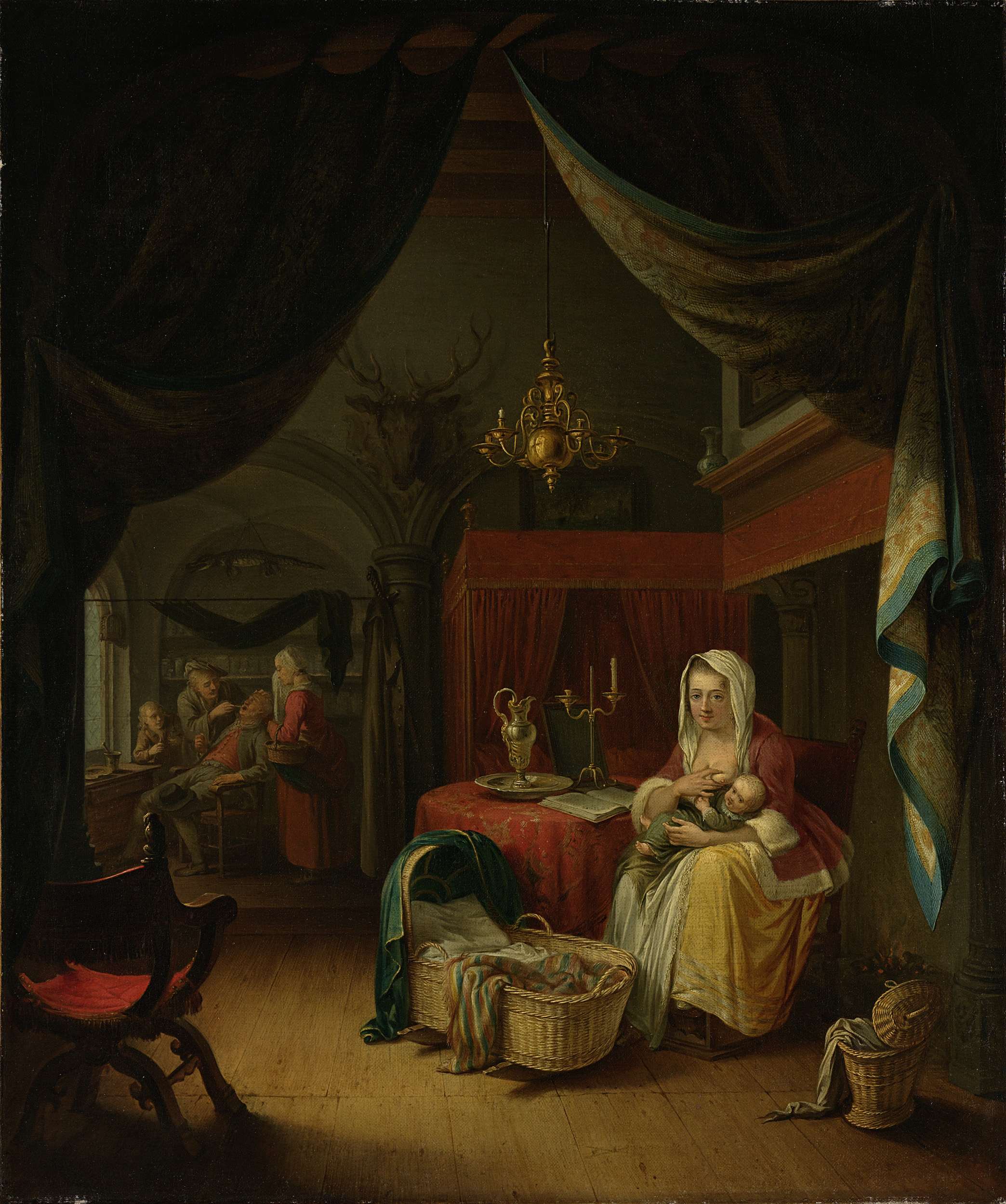 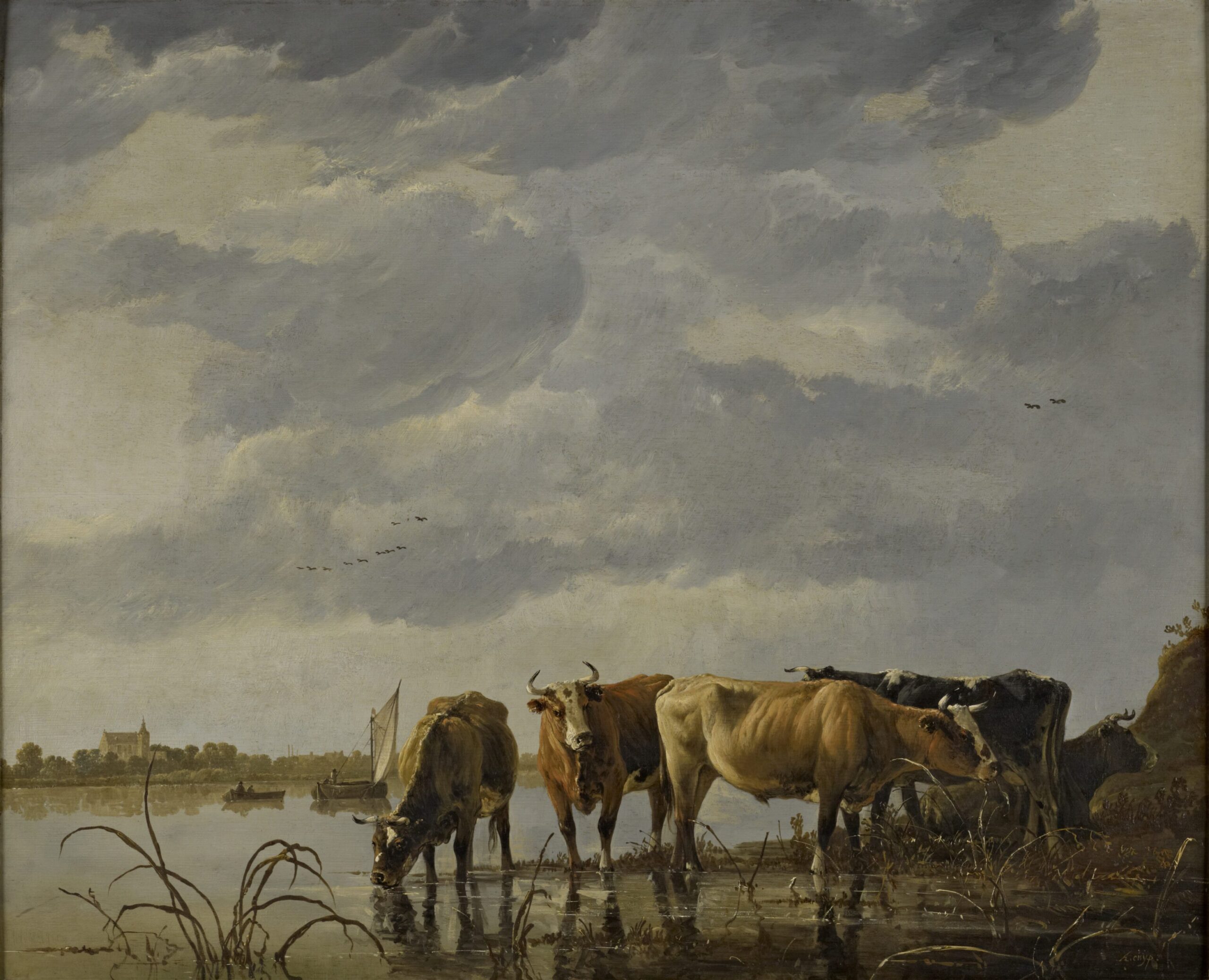 Until the mid-nineteenth century, the majority of works that left the Netherlands ended up in princely, noble or private collections, many of which were bequeathed to public museums in the nineteenth and early twentieth centuries. In Germany, many important museums have grown out of princely collections established before 1800, which means that portions of these often rich collections of Netherlandish art have been in place for centuries. The same is true of several other very important European museums, such as the Louvre in Paris, the Hermitage in St. Petersburg and the Kunsthistorisches Museum in Vienna. Since the nineteenth century these museums have made purchases and received bequests that have allowed them to expand enormously, more so than some of the old German museums whose present collections still bear the stamp of the old princely holdings at their core. This does not apply, however, to the museum in Berlin, whose (princely) core collection has been greatly augmented since the early nineteenth century. 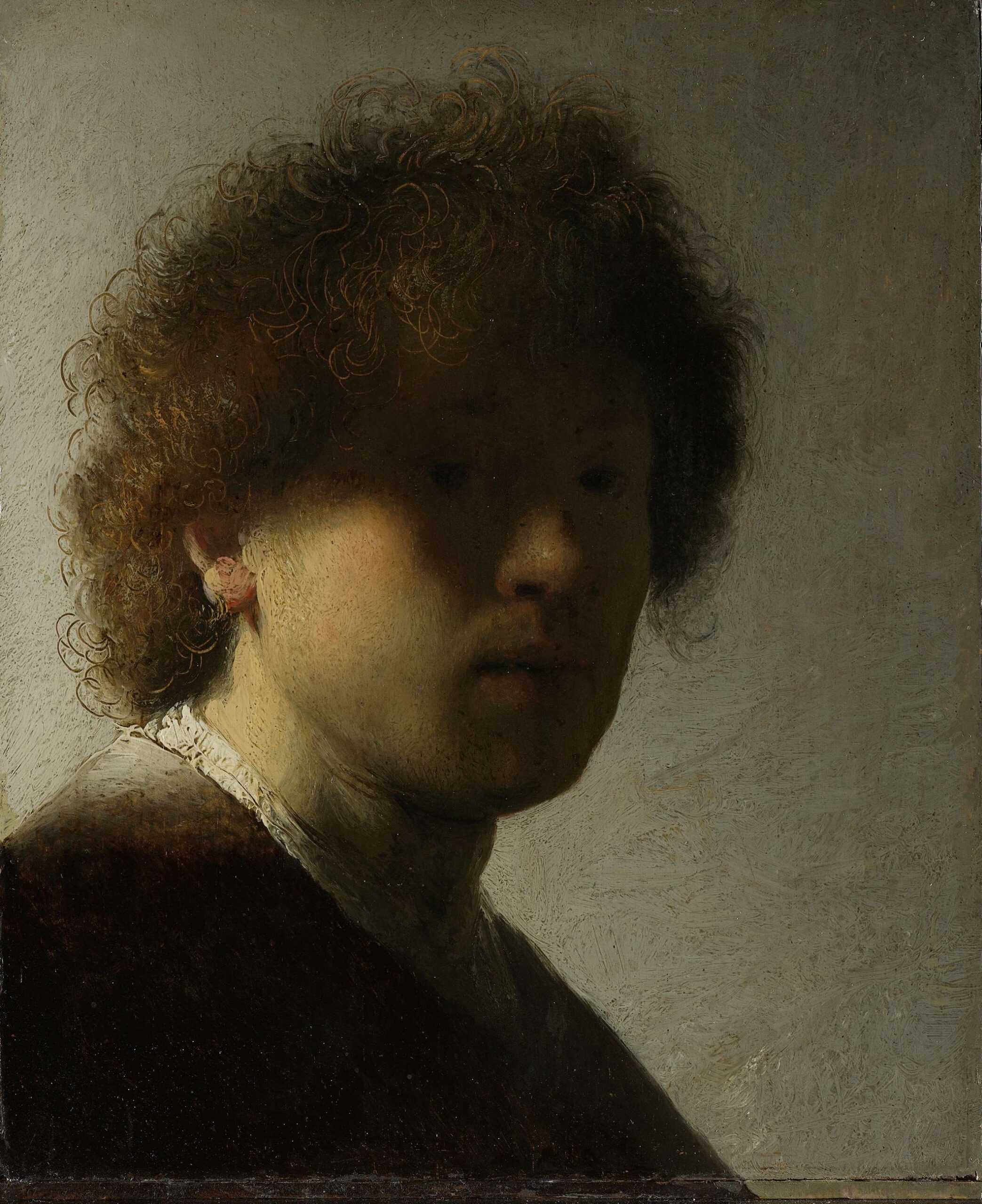 The concept of public collecting spread in the nineteenth and twentieth centuries to countries where princely or noble collections do not form the core of museum holdings, such as the many museums in Great Britain, for example, where whole private collections (mostly younger ones) have sometimes found places in museums. American museums did not really begin to collect Netherlandish art until the 1860s, but they experienced an explosion of collecting activities in the twentieth century, mostly owing to private patronage, which sent a torrent of Netherlandish artworks flowing to America from their countries of origin and other European countries as well. The twentieth century also saw the birth of museum collections of Netherlandish art in other parts of the world, including Africa, Asia, and Central and South America. It is precisely this trend that has enabled CODART to grow into a network that spans the globe.

Rudi Ekkart was Director of the RKD (Netherlands Institute for Art History) until 2012 and has been a member of CODART since 1998. Presently he is starting up the Karel van Mander Institute for scholarly, museum-related research.