This article was originally published in the CODART eZine, no.4 Summer 2014.

The Polish-Lithuanian Commonwealth was a dual elective monarchy (the Kingdom of Poland and the Grand Duchy of Lithuania) comprising extensive territories in East-Central Europe, including all of today’s Lithuania and Belarus as well as most of Ukraine. It was also situated on the fault line between Latin and Byzantine-Orthodox civilizations, which managed to coexist fairly well under the Polish-Lithuanian state until external pressure and internal governmental problems led to the implosion of the state and three successive partitions in the later eighteenth century. This process was triggered by the development in the surrounding countries of absolutist forms of government with centralized power. The Commonwealth remained largely an obsolete medieval organism, whose inhabitants enjoyed numerous liberties. The system gradually degenerated, however, until the once powerful land had sunken to unprecedented weakness. Thus the period discussed below is that of Poland-Lithuania’s decadence, although it must be said that after the 1740s, serious attempts were made – particularly by the last king of Poland – to introduce general reform.

The Polish-Lithuanian court – resident at Warsaw since 1596 – was predominantly Western in character with regard to decorum, but it also reflected the land’s unique political system. Since 1573 the Commonwealth had, in reality, been a republic, and its elected rulers were “presidents-for-life.” These circumstances were not conducive to building up large collections and did not encourage patronage, because the ruler had rather limited power and lacked a stable and plentiful source of funds. The art treasures acquired by a particular king or dynasty were mostly private holdings that left the court when the throne was vacated. Some pieces in the residences belonged to the state regardless of its head, notably the fabulous collection of sixteenth-century Flemish tapestries, which were donated by the last hereditary king, Sigismund II August, and can now be seen, in part, at Wawel Castle in Cracow.

In modern times there existed in the Commonwealth a good number of collections of paintings and other artworks, not only at the court, but also in major towns and on rural estates. Most of these collections belonged to patricians and members of the higher nobility (magnates), but these are still insufficiently researched. Numerous wars and revolts depleted both the store of cultural goods and the archival material pertaining to them.

The Seventeenth Century and the Saxon Period 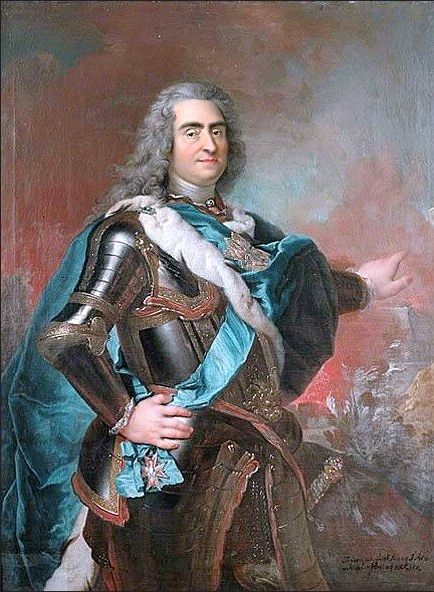 Despite the political unrest caused by a polity that did not guarantee smooth governance, the three subsequent elective monarchs of the Swedish Vasa dynasty in the seventeenth century (Sigismund III, 1587-1632; Vladislaus IV, 1632-1648; John II Casimir, 1648-1668) took a lively interest in collecting art and supporting artists at the court and elsewhere in the country. These kings displayed a preference for both Northern and Italian painting, even though first-rate works by transalpine artists were difficult to secure. John III Sobieski (1674-1696) – one of the chief commanders who defeated the great Turkish army that laid siege to Vienna – had a preference for French and Italian artists, probably owing to the influence of his wife, Marie Casimire d’Arquien, but his cultural activities were relatively limited in any case.

A distinct change came about with the two subsequent kings from the Saxon Wettin dynasty, August II (“the Strong”; reigned 1697-1706 and 1709-1733) and his son, August III (reigned 1733-1763). They both needed the Polish royal title to maintain their privileged position among the German princes, and quickly began to use Polish-Lithuanian resources to make numerous additions to – and display in a lavish way – the older ducal collections in Dresden, in their hereditary lands. Although the Saxon kings did not purchase or commission art for Warsaw, their activities are mentioned here because they were nominally undertaken by the Polish-Lithuanian court. The broad but systematic passion for collecting displayed by King August II is reflected in the varied and extensive cultural goods that he amassed in various locations: the old ducal residence in the center of Dresden, the newly built Zwinger Palace and three other palaces or court buildings in Dresden – the Stallgebäude (now the Johanneum), the Palais im Grosser Garten, and the Japanisches Palais. They included cabinets of graphic arts, scientific instruments and natural curiosities, a splendid picture gallery, a large ensemble of antique sculpture, and various high-quality artisanal products, especially porcelain, pieces of precious metalwork and jewelry, of which the king was particularly fond. August III preferred painting and the graphic arts, and acquired them in a calmer, more studied way than his father. Among the pictures, Dutch and Flemish works prevailed; they were usually bought at the large annual fair in Leipzig and from art dealers in Antwerp and Amsterdam. August III’s most important acquisition, however, was Raphael’s Sistine Madonna, bought in 1754 from the church of San Sisto in Piacenza. The exhibition, held in the converted court stables, betrayed elements of a learned, scholarly systematization – one of the first such instances in history. At the end of August’s reign, the cabinet of prints was perhaps the largest in the world. Sadly, the calamitous Seven Years’ War (1756-1763) and the need to pay off state debts brought about the sale of part of the royal collection of paintings at an auction in Amsterdam shortly after August’s death. These works mainly enriched Prussian and Russian holdings. Nonetheless, the collecting activities of the two kings of Poland-Saxony still form the basis of the present art collections in Dresden, one of the most extensive in East-Central Europe. 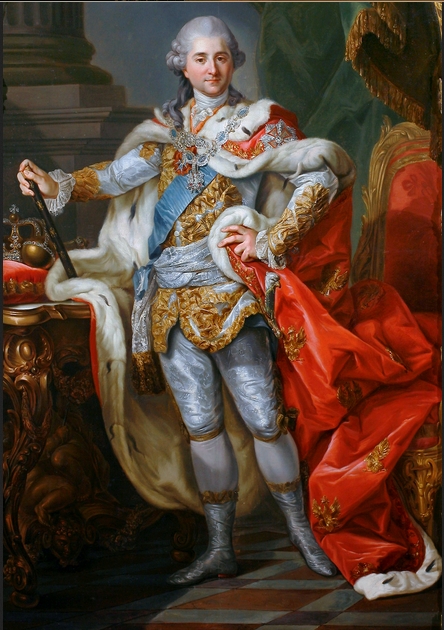 The close proximity of a splendid royal court inspired the development of arts in the Commonwealth, despite its gradual breakdown. Nevertheless, two-thirds of a century of Saxon rule did not bring about the cultural enrichment one might have expected, for it was Dresden and Saxony that took all the profits. An effort to effect a permanent reversal of this situation was undertaken by the next elected king. A relatively young (b. 1732) member of the lesser nobility, whose family did not become influential until the eighteenth century, made his way to the throne by supporting a major political faction (the Czartoryski clan) and maintaining intimate contacts with the Russian Empress Catherine the Great. His Polish mentors, weary of the stagnation of the Saxon period, sought a candidate for the throne who would have strong ties with Russia but at the same time support reforms: an open-minded and well-educated person. Poniatowski suited this profile very well indeed. He had spent his youth travelling around Europe, staying for long periods in such places as the Netherlands, London and Paris, where he frequented the renowned salon of Madame Geoffrin. After his coronation as king of Poland and grand duke of Lithuania in a coup d’état atmosphere orchestrated by Russia, he instantly embarked on internal political and cultural reforms. Unfortunately, they hardly improved the country’s international position, as evidenced by the ensuing partitions that led to the death of the Commonwealth in 1795.

Despite this sad finale, Stanislaus August’s achievements in the fields of art patronage and collecting were formidable. From the beginning, with the help of a couple of well-educated councilors, he set out to raise the country’s general level of education and culture by founding academies of arts and sciences, a picture gallery and a “Musaeum Polonicum,” patterned after the British Museum. 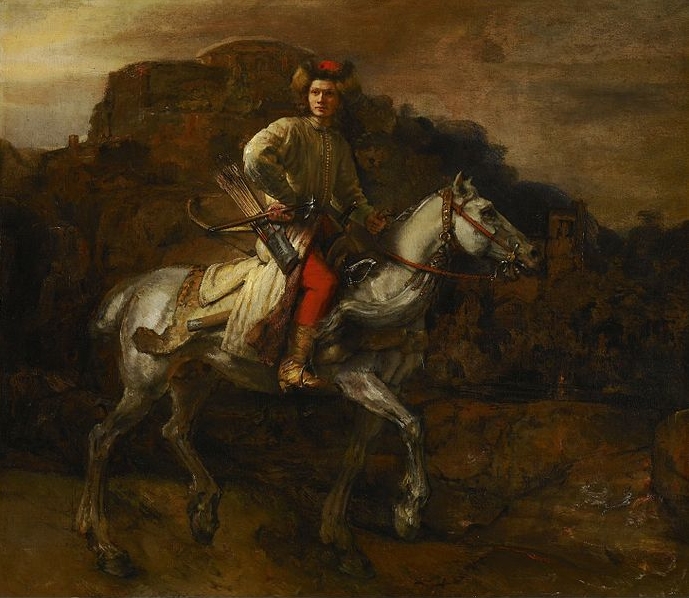 These grand designs usually came to nothing, owing to a shortage of funds and the general political situation. The king only managed to build a new residence in Warsaw (Łazienki), organize painting workshops at court, employ several painters – among them Bernardo Bellotto of Venice and Marcello Bacciarelli – give a few talented youths stipends to study abroad, and start from scratch to amass a collection of pictures, using his wits and connections rather than large sums of money. The aim was to provide the country with some decent art that could form the basis of wider schooling in the future, but the monarch never intended to vie with other royal galleries in the region in terms of quality and quantity. A special museum to house these objects was never built; throughout his reign, they remained dispersed among the various palaces. Nevertheless, at the end of Stanislaus August’s reign, he had 2,289 pictures in his possession, including The Polish Rider by Rembrandt, which was purchased in Amsterdam and is now in the Frick Collection in New York. Other objects were mostly of lesser value. Some were produced by contemporary artists (a fine example is Fragonard’s The Stolen Kiss, now in The Hermitage), and there were also many copies by court painters.

At first the king collected mainly Flemish and Dutch art, but at some point he turned to the Italians; French, German and English artists were also represented in his gallery. It is worth noting that the king took the utmost care to keep a detailed record of his acquisitions by drawing up inventories and formulating attributions, which, of course, were not always credible. Nonetheless, it is due to his efforts that the history of the royal collection could be reconstructed in surprising detail. Various agents continued to acquire paintings for the monarch at various locations until his abdication. One of them was Noël Desenfans in London, who was never paid for the last, sizeable batch of pictures, since his patron was completely bankrupt after the final partition of the Commonwealth. The objects mostly remained in London and today form the core of the Dulwich Picture Gallery. The king’s Polish collections – including a fine ensemble of prints, drawings and miniatures (around 100,000 pieces in 1782), some sculpture – mainly copies after antique objects – as well as porcelain and coins, were sold at auction in the early nineteenth century to cover his debts. Many of the objects found their way to Russia and Prussia. Apart from making purchases at auctions, Russia appropriated Stanislaus August’s favorite part of the collection, which he had taken with him to St. Petersburg when he went to live there after his abdication (1796-1798). Many other dispersed objects were confiscated from private owners as a form of repression after the national uprisings of the 1800s. In spite of these developments, a small number of pieces remained in Poland, mainly at the National Museum in Warsaw.

All in all, the last king’s artistic efforts produced results – despite the losses – because, after the virtual absence of a court on Polish territory during the Saxon period, they were an incentive for supporting high-quality art and culture and possibly paved the way for the very lively collecting and museum entrepreneurship displayed by some high-ranking families in the nineteenth century, after the collapse of the state in 1795. One result of such activities is the still-existing Czartoryski Collection in Paris and subsequently Cracow.

Jacek Tylicki is Professor of Art History at the Nicolaus Copernicus University in Toruń and at the University of Gdańsk, Poland. He has been an associate member of CODART since 1999.