For Gary Schwartz on his eightieth birthday on 12 June, 2020

While considering the organization of an exhibition on the subject of Rembrandt’s Orient a few years ago, we immediately envisioned Gary Schwartz as our guest curator. Although his research is not limited to Rembrandt—he has also published monographs on Pieter Saenredam (1989), Jheronimus Bosch (2016), and Johannes Vermeer (2017)—his occupation with Rembrandt over the past decades has been particularly rigorous. In addition, we were attracted by his openness to special approaches, his affinity for unconventional assertions, and his gift for making connections—between works of art, artists, and biographies as well as between colleagues.

In 1968, as an employee of the Amsterdam publisher Meulenhoff, Gary Schwartz assisted Horst Gerson with his large publication Rembrandt Paintings. In 1977 he published his own book, Rembrandt: All the Etchings in True Size, which has been reprinted many times and is still available today, an extremely helpful overview of Rembrandt’s complete works on paper that is organized according to Bartsch’s numbering system. That same year he published Ben Broos’s Index to the Formal Resources of Rembrandt’s Art in his own publishing house, Uitgeverij Gary Schwartz, founded in Maarssen, a town near Utrecht, in 1971. This was an early indication of Schwartz’s appreciation of original sources in art history, which he applies in all of his works.

In 1984 his book Rembrandt, His Life, His Paintings: A New Biography with All Accessible Paintings in Illustrated in Colour was published, first in a Dutch translation by Loekie Schwartz and the following year in English. This book effectively casts a new light on Rembrandt, in a way that was perhaps only possible for an outsider: Gary Schwartz was born in Brooklyn and studied art history in New York and Baltimore before he moved to the Netherlands in 1965. In his Rembrandt book he followed the sociohistorical approach that was stipulated by Jan Gerrit van Gelder, the influential art historian from the University of Utrecht. Instead of focusing on the still prevalent formal criteria of attribution, style, and iconography, Schwartz examined Rembrandt in the context of his own time, looking at the contemporary intellectual climate and stressing the role of his patrons. 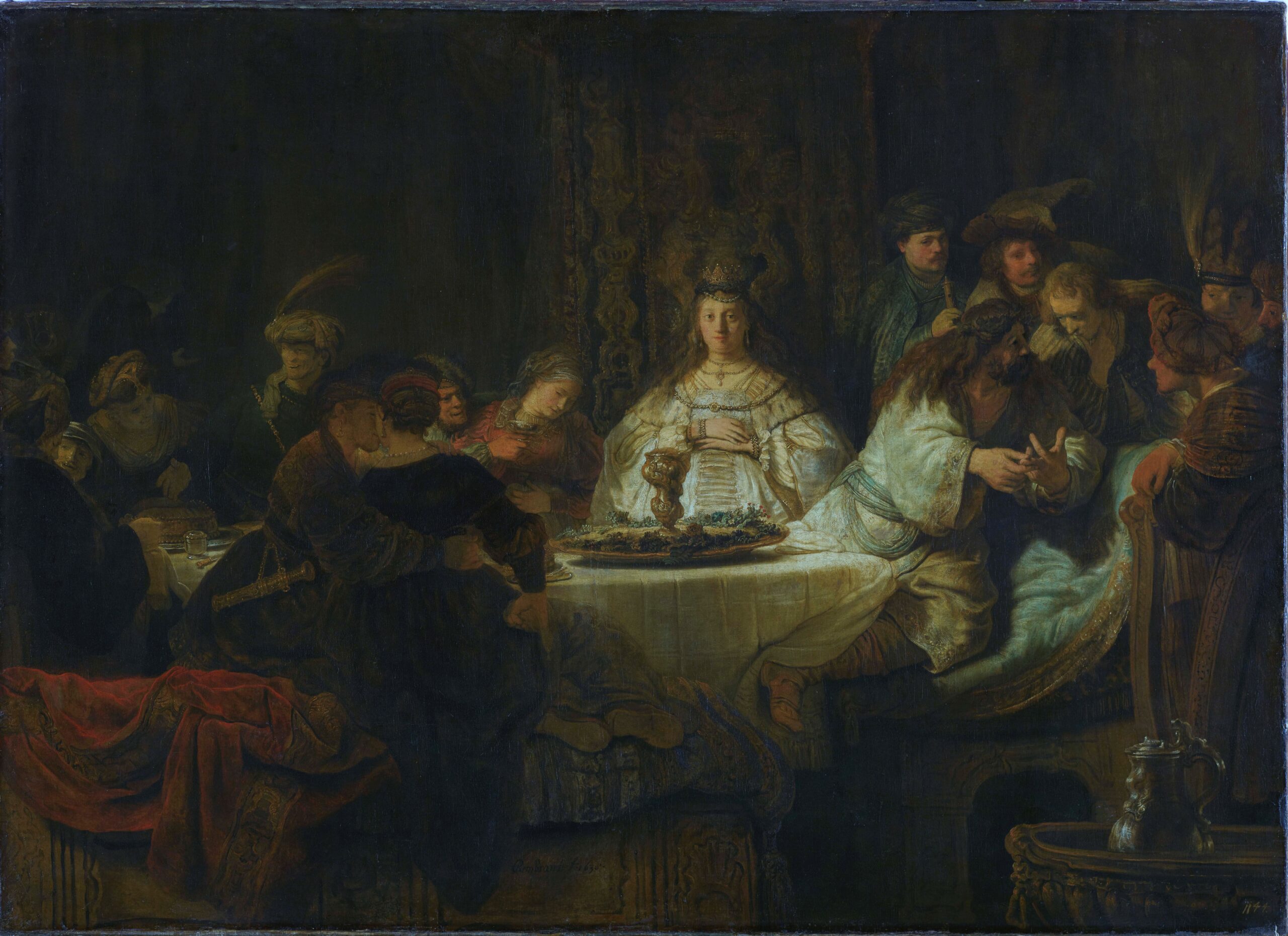 Schwartz’s skeptical view of Rembrandt’s personality—he described him as boorish, unsociable, greedy, vain, and arrogant—was heavily criticized at the time. A reviewer from the New York Times Book Review called Schwartz’s evaluation “caustic” and “startling.” While the deconstruction of a legend may have been the contemporary answer to the long obsolete cult of the genius, consideration of the social and intellectual context was a pioneering approach. Since then the historical background of artistic works has become an essential part of writing art history. It is also the foundation of the exhibition Rembrandt’s Orient. Although Schwartz makes reference to Rembrandt’s reactions to foreign cultures in his second book on Rembrandt—which had a milder upshot when it was published simultaneously in English, Dutch, Spanish, French, and German in 2006—he does not handle the subject in detail.

When we approached Gary Schwartz about this project—with the help of the Amsterdam art historian and journalist Erik Spaans, whose idea it was to look at this subject—he immediately accepted our offer to be our guest curator. He had already worked in this function for the Frans Hals Museum in Haarlem, where he had curated the exhibition Emotions: Pain and Pleasure in Dutch Painting of the Golden Age (2014). In light of his long-term work on the aspect of West Meets East in Dutch Art of the Seventeenth Century—which was his suggestion for the subtitle of our exhibition—he was particularly interested in bringing together the many strands of his research as a guest curator. In 2009–10 Schwartz was a member of the research group at the Netherlands Institute for Advanced Study in the Humanities and Social Sciences on the subject of “The Reception of Netherlandish Art in the Indian Ocean Region and East Asia, and Its Impact on Asian Cultures.” He has written several articles on Dutch artists of the seventeenth century in Persia, including his essay in the 2015 catalogue of the Zurich exhibition The Fascination of Persia: The Persian-European Dialogue in Seventeenth-Century Art and Contemporary Art of Teheran. This article, along with others on a variety of art-historical subjects, can be found on his blog Schwartzlist, which he has been writing for many years and now contains over 380 entries, including discussions with his readers. 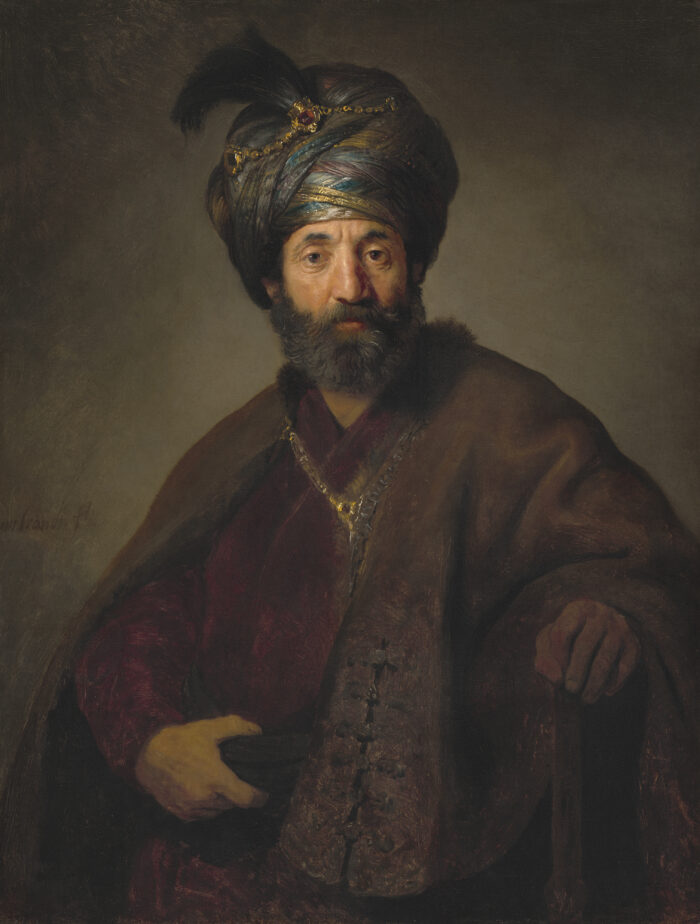 Our exhibition Rembrandt’s Orient, which is based on Gary Schwartz’s concept, examines how the painters of the Dutch Golden Age reacted to the regions of the Near, Middle, and Far East—summarized as the “Orient” in the language of that era—of which they became aware through trade, travel, and publications. Their artworks are evidence of the first globalization and show the influence of foreign cultures on the Netherlands of the seventeenth century. Rembrandt is the obvious starting point, since his fascination with the “East” is well-known and also quite apparent in his biblical stories with Orientalizing costumes (fig. 1), in his tronies such as The Man in Oriental Costume (fig. 2), and in his collection of exotic objects. Followers of Rembrandt such as Isaac de Jouderville, Jan Victors, and Gerbrand van den Eeckhout (fig. 3) used imaginative turbans just as their teacher did for scenes from the Bible. They even dressed their sitters in Orientalizing costumes in portraits historisés. Posing in this type of clothing against backgrounds with Oriental carpets was a status symbol for wealthy people, which the examples by Michiel van Musscher and Ferdinand Bol (fig. 4) show.

The exhibition also examines global trade, which brought exotic objects such as porcelain and nautilus shells to the Netherlands, as painted by Willem Kalf (fig. 5) or Jan van der Heyden in still lifes that attest to collectors’ passions and their appropriation of the world. Only a few artworks document a concrete interaction between West and East, such as the etching Portrait of Mechti Kuli Beg, Persian Ambassador at the Imperial Court in Prague by Aegidius Sadeler II (fig. 6) or Jan Baptist Weenix’s painting The Dutch Ambassador on His Way to Isfahan from the 1650s. The fact that the riches of the Netherlandish upper class were often acquired through violence and oppression in the Far East, through slavery and trade wars, demanding a high human price—even among their own sailors—has not been adequately reflected on in the works of art. This flip side can be indirectly seen in the generalized battle scenes by Jacques Muller, Johannes Lingelbach, or Philips Wouwerman.

While the Orient was present in the homes of seventeenth-century Dutch burghers in the form of exotic objects, clothing, and countless published reports on travels in the East, few artists actually visited the far-off countries themselves. In this way the Orient and the Oriental Style remained a construction of props, stereotypes, and imagination in the Dutch world of images. Foreign items were appreciated and integrated into the Dutch style of living. Yet it was usually no more than an attitude, for they were more interested in the material things that were coveted for their preciousness and their inherent prestige than in the foreign cultures themselves. Encounters between the West and the East did not occur at eye level, nor was the exchange based on equality. Foreign things were an intriguing contrast to the world of the Dutch, but it hardly achieved a deeper empathy. That was no different for Rembrandt than with his other contemporaries, and this attitude has not changed to this day in broad parts of the Western world—this is the reflection that the exhibition invites visitors to ponder. The exhibition is embedded in the current discourse on colonialism and its consequences. At the same time, we have decided to use the controversial term “Orient” in our title, because like the genitive used in Rembrandt’s it also indicates that it is about views held in his time and that were connected to his time. 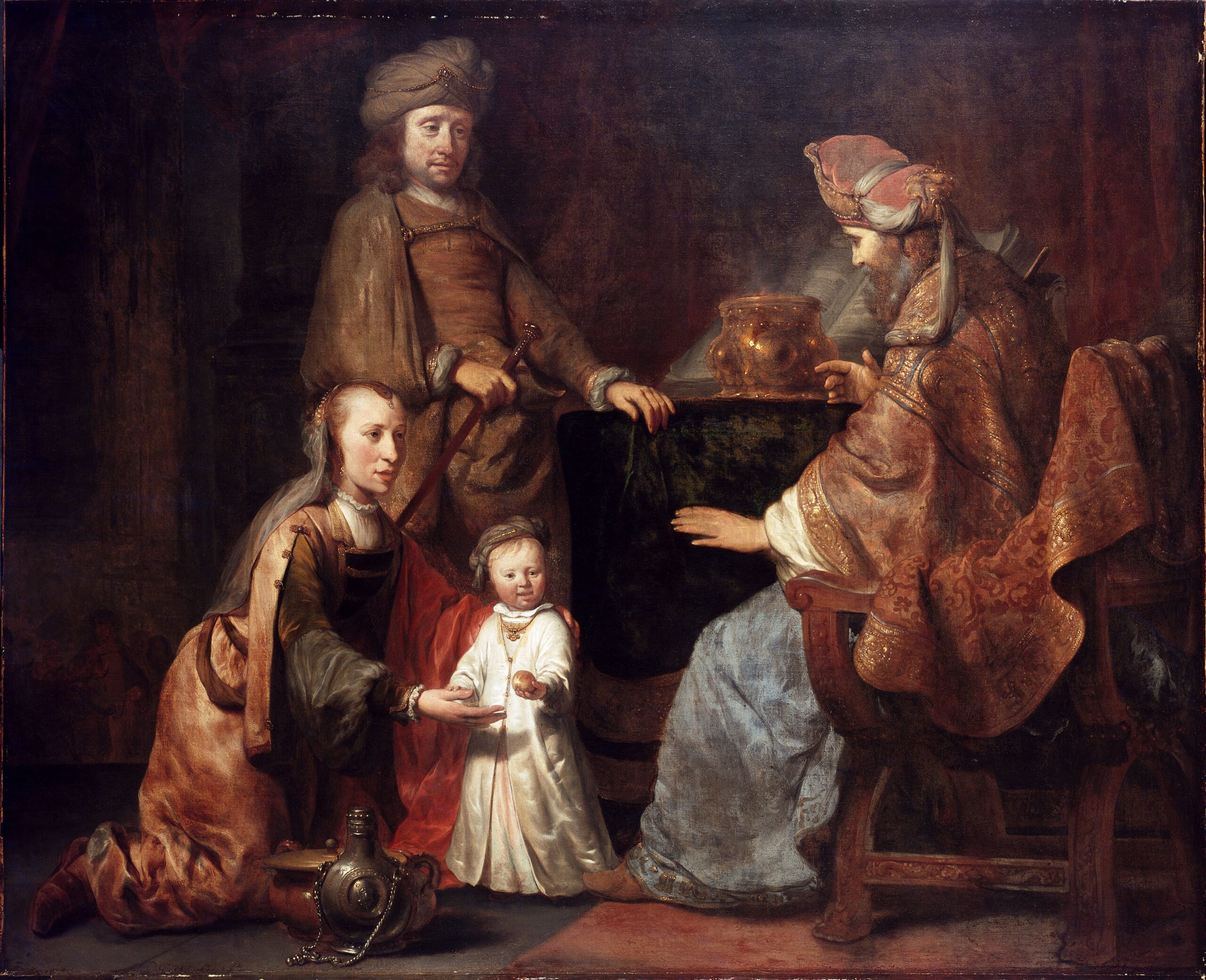 Gary Schwartz’s profound knowledge of the material was revealed time and again during the preparations for this exhibition over the past few years. His gift of association that often leads to surprising connections and his audacity to make often startling hypotheses are probably only possible for an independent scholar. His inexhaustible suggestions for additional works to be included and the ramifications of the topic that he continues to develop and deepen made clear the limitations of the gallery space available. In conversations with potential lenders—both museums and private collectors—his great reputation as a Rembrandt researcher was immensely helpful. In the 1980s he was one of the thirty Rembrandt specialists invited to participate in a congress in Boston on the evaluation of attributions by the Rembrandt Research Project (RRP) in American museums, and in 2009 he was the recipient of the prestigious Prins Bernhard Cultuurfonds Prijs voor de Geesteswetenschappen. The power of conviction with which he substantiated loan requests was essential. His request for a painting by Rembrandt from the Kunstmuseum Basel was so convincing that the responsible curator Bodo Brinkmann not only spontaneously promised the loan, but also immediately asked if were possible for Basel to be the second venue of the exhibition. 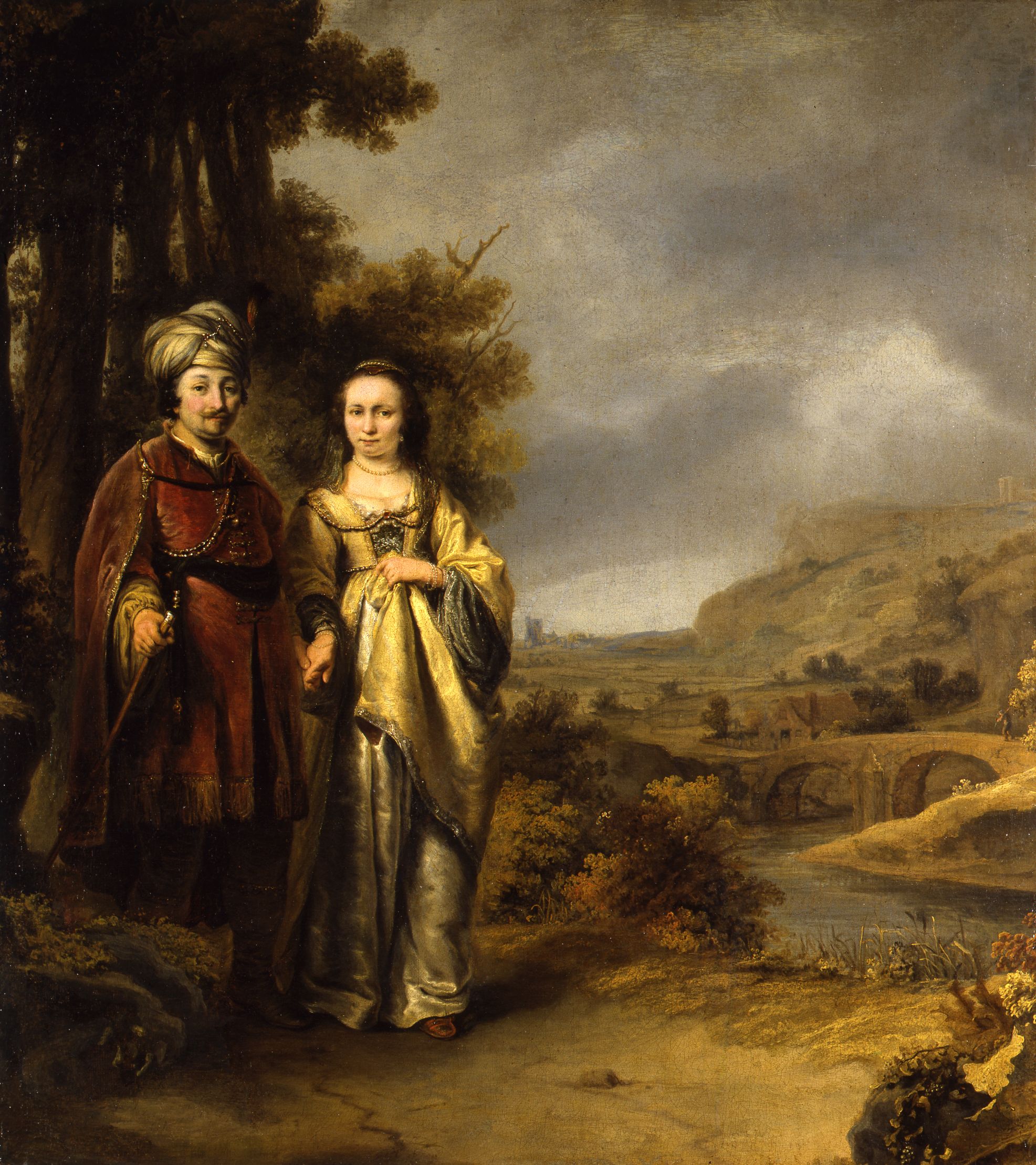 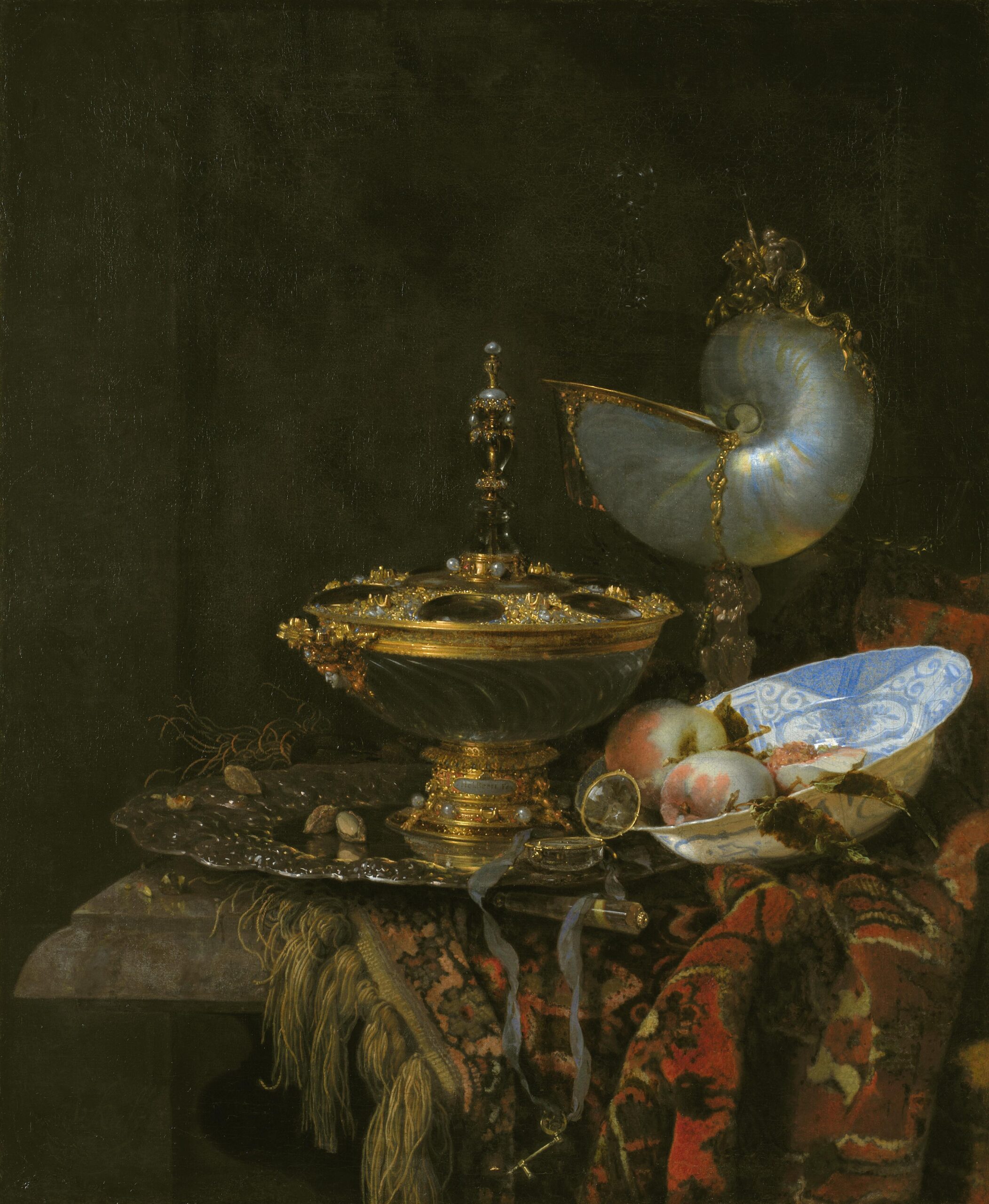 Many loans were made possible through Gary Schwartz’s communicative talent and his extensive network of personal contacts. This excellent network is fed from his longtime work as a publisher—his publishing house, which existed until 1991, released many important books on Netherlandish art history—and also as an author and speaker at countless congresses around the globe, and finally especially due to CODART, an international network par excellence that was founded on his initiative in 1998 and directed by him until 2005. In this way over 120 paintings, drawings, works on paper, and books from fifty lenders in fifteen countries were brought together for this exhibition. The lenders include the National Gallery in Washington, D.C., the State Hermitage in St. Petersburg, the Museo Nacional del Prado in Madrid, the Rijksmuseum Amsterdam, and the Gemäldegalerie Alte Meister in Dresden. 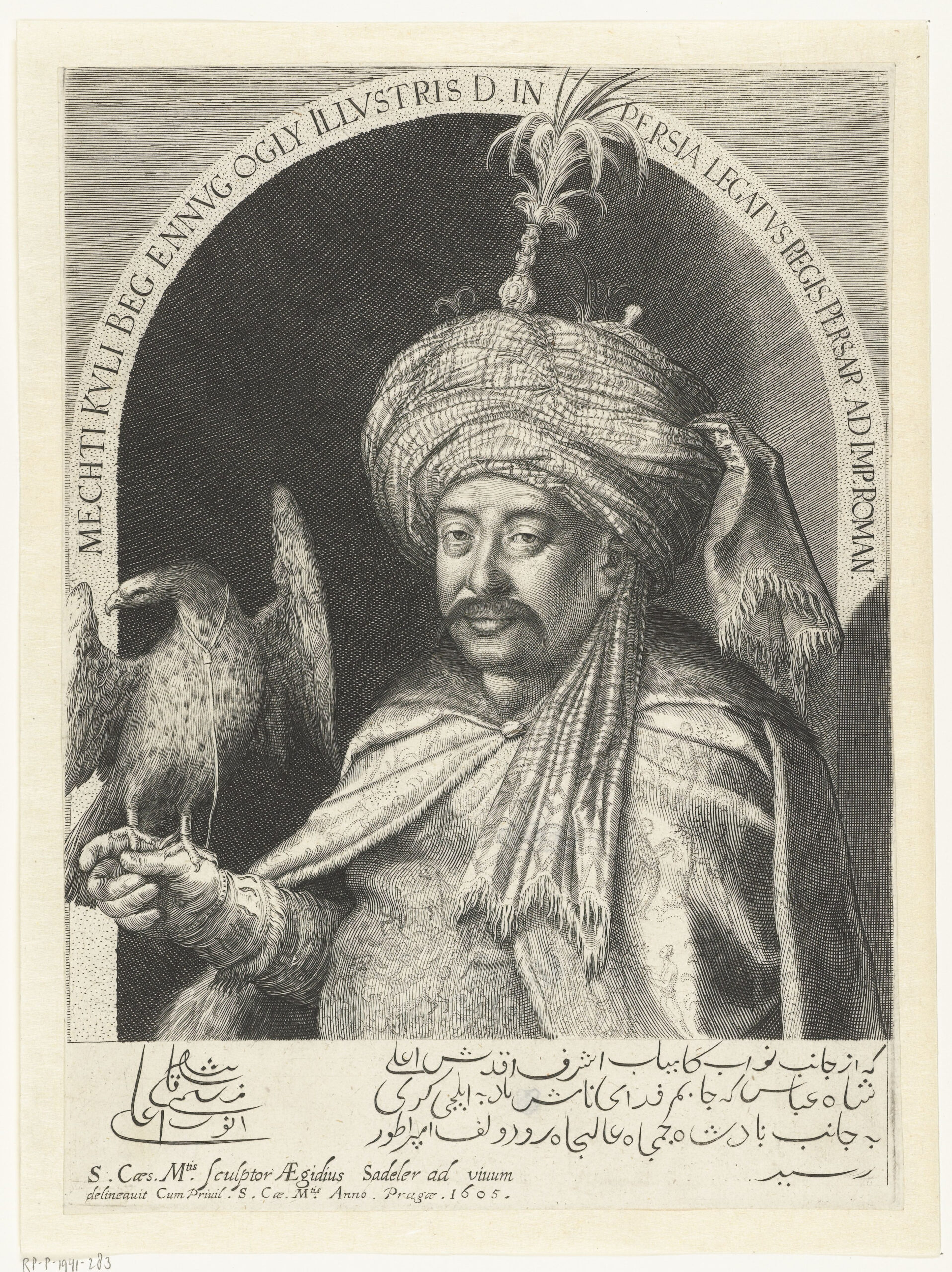 The exhibition Rembrandt’s Orient: West Meets East in Dutch Art of the Seventeenth Century was scheduled to open at the Museum Barberini in Potsdam on June 26 this year, only two weeks after Gary Schwartz’s eightieth birthday on June 12. While this chronological concurrence was not planned, it was a happy coincidence. Unfortunately, things have turned out differently due to COVID-19. Difficulties of international air cargo and travel made it impossible to mount the exhibition this summer on account of the number of international loans. For this reason, the exhibition will be shown first in Basel from November 31, 2020, until February 14, 2021, followed by the Museum Barberini in Potsdam from March 13 to June 27, 2021. All of our museum colleagues have shown unparalleled solidarity in the change of the exhibition dates and thus made this unusual shift possible.

Michael Philipp is Chief Curator at Museum Barberini in Potsdam and co-curator of the exhibition Rembrandt’s Orient: West Meets East in Dutch Art of the Seventeenth-Century.