The idea of writing a book about unfinished paintings arose more than a year ago. I had wanted to organize an exhibition on this theme seven years earlier, but there was no room for it on the exhibition program of the Koninklijk Museum in Antwerp, where I’ve been a curator since 1999. The subject wouldn’t let go of me, however, and I decided that it was time to publish my findings. 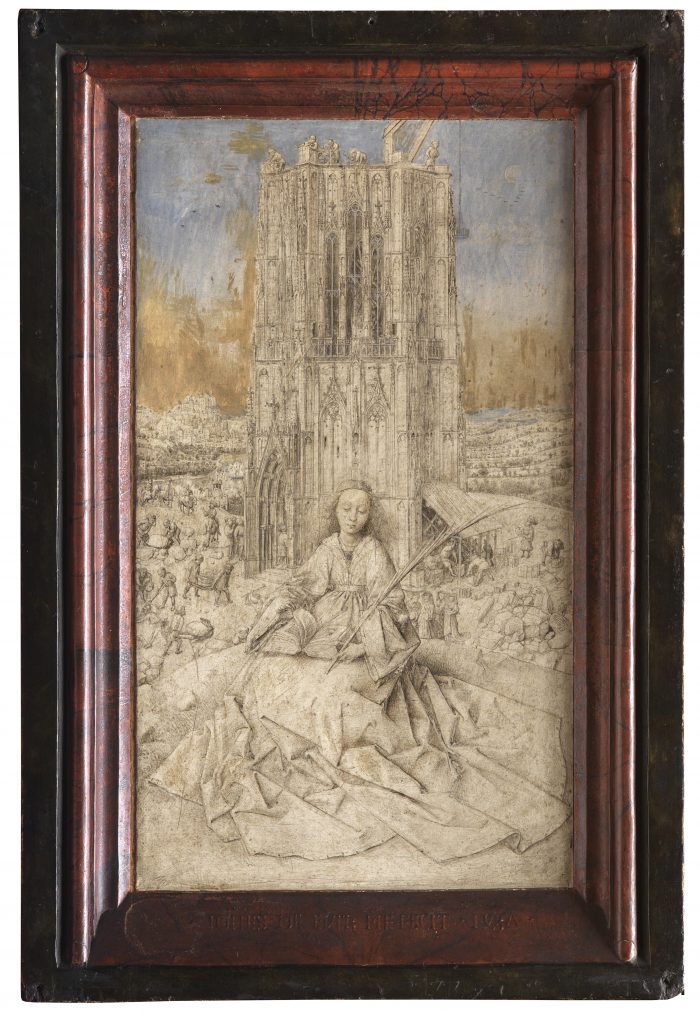 Since my youth, in fact, I’ve been fascinated by unfinished paintings. Maybe this has to do with the fact that from a young age I received painting instruction at an art academy, and in addition to studying art history, I also trained as a conservator and restorer. The incompleteness of such works makes them at once eye-catching and not entirely presentable, certainly when surrounded by pictures that attract attention because of their highly developed illusionism. What makes unfinished paintings so captivating, though? In my opinion, they fascinate us because they trigger questions that are not prompted by finished works. Why did the artist leave the work unfinished? Why is the most important figure still missing from the composition? What would the finished painting have looked like? Incomplete works are bathed in mystery. Much more so than a finished work, an unfinished painting consists of a support and paint. It is more matter than image. This is certainly true of works that are less than half-finished. Viewing an unfinished painting is like looking over the shoulder of an artist at work, which is a privilege for all those who delight in observing the creative process. When they are in good condition at least, unfinished paintings can be first-rate visual sources of information on an artist’s studio practice. One must be on one’s guard, however, because some paintings merely look unfinished, owing to inept “restoration,” for example, which can inadvertently cause underpaintings to surface.

In the time of the Byzantine icon painters, unfinished paintings were considered imperfect and thus useless, because they were not exact copies of the sacred examples. In the Middle Ages, therefore, religious representations that remained incomplete because their maker had died were invariably finished by others. The completeness of a depiction was, after all, more important than the regard in which the artistic achievement was held, which is why so few unfinished works of that time have survived. In this respect Van Eyck’s Saint Barbara is exceptional. The fact that it was preserved in an unfinished state says a great deal about the fame enjoyed by the artist in his own day, and suggests that no one was considered capable of finishing it. In the following centuries, unfinished paintings were tolerated more and more, certainly when they were the work of an important artist. In the early nineteenth century, romantics thought they could see in unfinished paintings either a stroke of genius or the artist’s inability to put his concept into material form.

Quite a few unfinished paintings are not recognized as such, because we look at the work of Old Masters with modern eyes. The modernist movements of the early twentieth century overturned – or destroyed – the principles of ancien régime painting to such an extent that it has become difficult to view certain works matter-of-factly. El Greco’s Vision of Saint John (“The Opening of the Fifth Seal of the Apocalypse”) in the Metropolitan Museum is seldom seen as an unfinished altarpiece, the top half of which was cut off. The canvas is considered, above all, the source of inspiration for Picasso’s Demoiselles d’Avignon. Instead of an amputated embryo, therefore, the El Greco is regarded as a work of vital importance to modern art. It is only when viewing certain paintings by Velázquez, Van Dyck and Rembrandt from close quarters that one notices shortcomings that are not usually encountered in their finished works. No one ever remarks upon the fact that some of the paintings in the Fragonard room at the Frick Collection in New York are rather monochrome, and differ so much from the other works in the room. Bearing in mind some abstract paintings from the 1940s, the sketchy color landscapes of Turner suddenly seem very polished and visionary indeed. 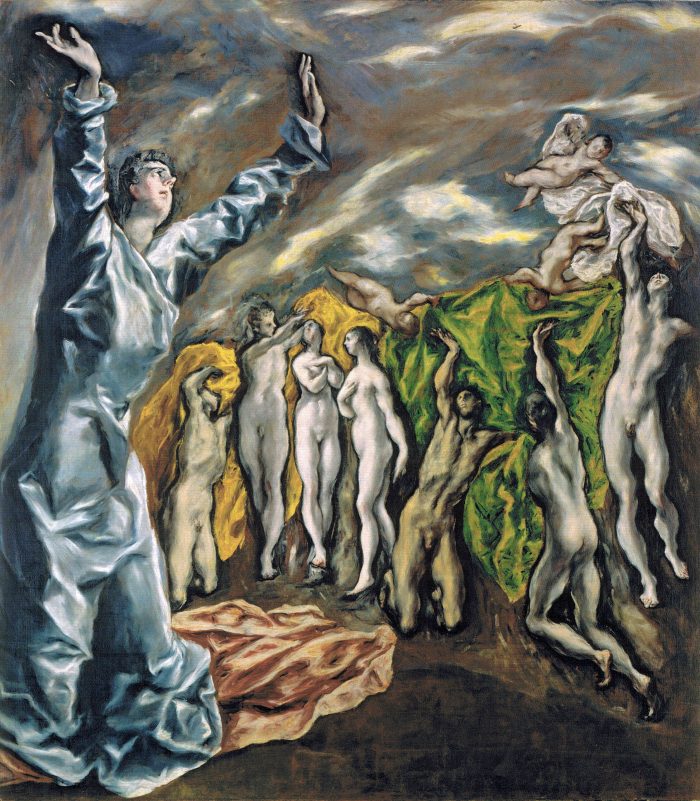 In addition to paintings that remained unfinished owing to the artist’s death, to a disagreement with the patron, or to a changing political context (just think of Rubens’s Henri IV-cycle or several prematurely abandoned revolutionary canvases by Jacques-Louis David), there are also paintings in which the artist intentionally demonstrates a certain studied nonchalance, an illusion of incompleteness known as non finito. Titian was the first to let such evocative brushwork develop into a new style. The impact of Venetian sprezzatura on the handling of paint by such artists as Rubens, Van Dyck, Hals, Rembrandt, Fragonard, Delacroix and the Impressionists is abundantly clear. From the seventeenth until the end of the nineteenth century, artists took pleasure in deceiving, seducing and impressing their public by means of oil paint in all its degrees of consistency.

Omitting information from a painting became the basis of an intellectual game artists played with viewers who found it amusing to fill in the missing element – an evolution that was brilliantly observed by Ernst Gombrich in his Art and Illusion. For this reason non finito and unfinished paintings – whether maligned or admired, cut into pieces or misunderstood – are as compelling as ever. The same is true of oil sketches, which today are often considered more interesting than the large-scale paintings traditionally regarded as the culmination of the artistic concept. This modern point of view might explain why there are so many unfinished paintings in American museums (in the large institutions in New York and Chicago, as well as in university museums, such as that of Smith College in Northampton, Massachusetts). Remarkable unfinished paintings that did not find their way into the large aristocratic and encyclopedic collections of Europe were snapped up in the twentieth century by savvy American collectors. 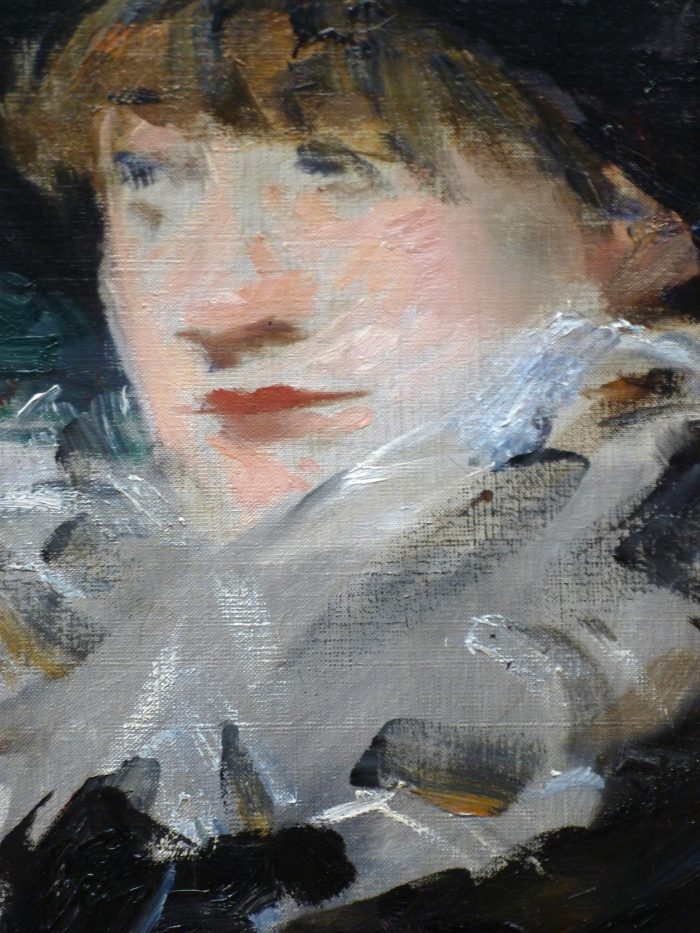 My book consists of an introductory essay, after which fifty unfinished paintings are discussed in chronological order, ranging from Jan van Eyck’s Saint Barbara from the Koninklijk Museum voor Schone Kunsten in Antwerp to Piet Mondrian’s Broadway Boogie Woogie in the Gemeentemuseum in The Hague. All the great European and two American masters from the last five hundred years are represented, some of them by two works. In each case I elucidate the context of the commission (if indeed the painting in question was a commissioned work), the creative process and its interruption. Finally, I discuss the artists’ reasons for abandoning a work prematurely. The publication is aimed at a broad, interested public. In the essay, the references to sources can be found in the footnotes. The relevant literature is listed at the end of each case study. It is my dearest wish that museum-goers will look at unfinished paintings with new eyes after reading my book. Unlike reading, “looking properly” is not a subject taught at school, but something that we teach ourselves in the course of daily life. “Looking properly” maximizes knowledge and pleasure, and surely that is the point of art. The book will be published in the autumn by Ludion Publishers.

A happy consequence of this publication is the fact that my director, Dr. Paul Huvenne, has put my original suggestion for an exhibition back on the table as a project to coincide with the reopening of the Koninklijk Museum in 2018. This exhibition is being planned as a collaborative effort with the Worcester Art Museum in Worcester, Massachusetts. Naturally I am looking forward immensely to this show, which will, however, consist largely of loaned paintings that are not necessarily discussed in my book.

Nico van Hout is a curator at the  Koninklijk Museum voor Schone Kunsten in Antwerp. He has been a member of CODART since 2004. 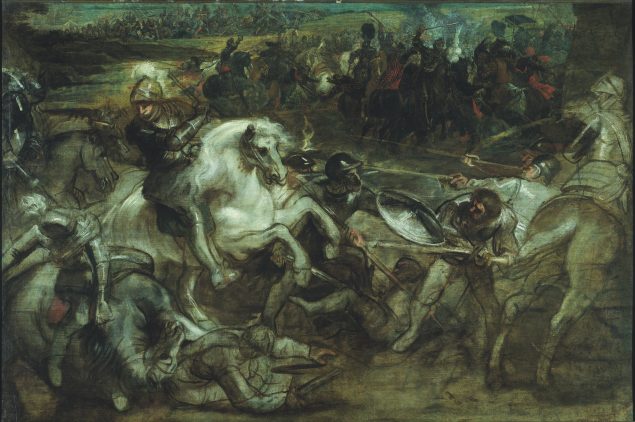