This article was originally published in the CODART eZine, no.4 Summer 2014.

The British lawyer professor Brian Capstick is the founder of a large law firm specializing in healthcare related work, and also the founder of Datix, a London company specializing in software for health organizations. He also established an academic society that is now part of the Royal Society of Medicine.

Professor Capstick generously provided financial support for the RKD’s Segal Project, a major project that transferred Dr Sam Segal’s substantial archive of information about still lifes to the RKD, including the addition of approximately 30,000 still lifes to the RKDimages database. Capstick has been a CODART Patron since 2013.

A number of works from the Capstick Collection were featured in the 2012 Bijbels Museum exhibition, Geloof in natuur. Bloemen van betekenis (Belief in nature. Flowers with a message), which was accompanied by an exhibition catalogue by Dr Segal. 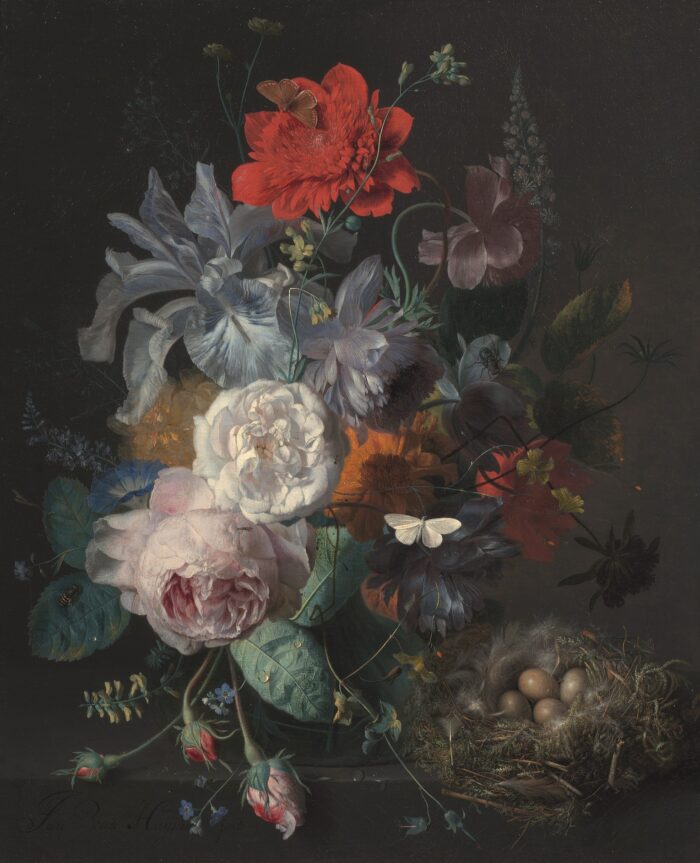 You studied history and physics at the University of Lancaster and made a career in healthcare law and software. That seems very far away from the world of art history, not to mention Dutch and Flemish flower still lifes. Would you please tell us how you went from healthcare to flowers?

As a student of physics, I was very aware that science, on the whole, gets better over time. Our understanding increases and so do the techniques that we use to understand and manipulate the world. I have also built up two innovative businesses and they follow the same pattern of growing more powerful over time. I was therefore interested in building an art collection that told an art-historical story from the beginning to its maturity, and, as it happens, Dutch flower painting in the seventeenth century does that perfectly. Beginning with Ambrosius Bosschaert and ending with Rachel Ruysch and Jan van Huysum, successive artists increased their understanding of still-life painting and developed a greater range of techniques to create the illusion of a bunch of flowers in three dimensions. So, there is not as much of a difference between science and art history as you might think, although some would say that paintings are more fun to look at!

When did you start to collect, and have you always focused on still lifes?

I started to collect in the 1980s. The original plan was to tell the story of how art moved from representing things on to cubism in the early twentieth century and then on to abstraction. This is a fascinating period of history for me. Nothing was the same after it. Picasso got together with Braque to develop Cubism at about the same time as Einstein produced his theory of relativity, which also postulated that how you saw reality depended on how you looked at it. But I got side-tracked and ended up with Dutch still lifes after reading Laurens J. Bol’s book The Bosschaert Dynasty. 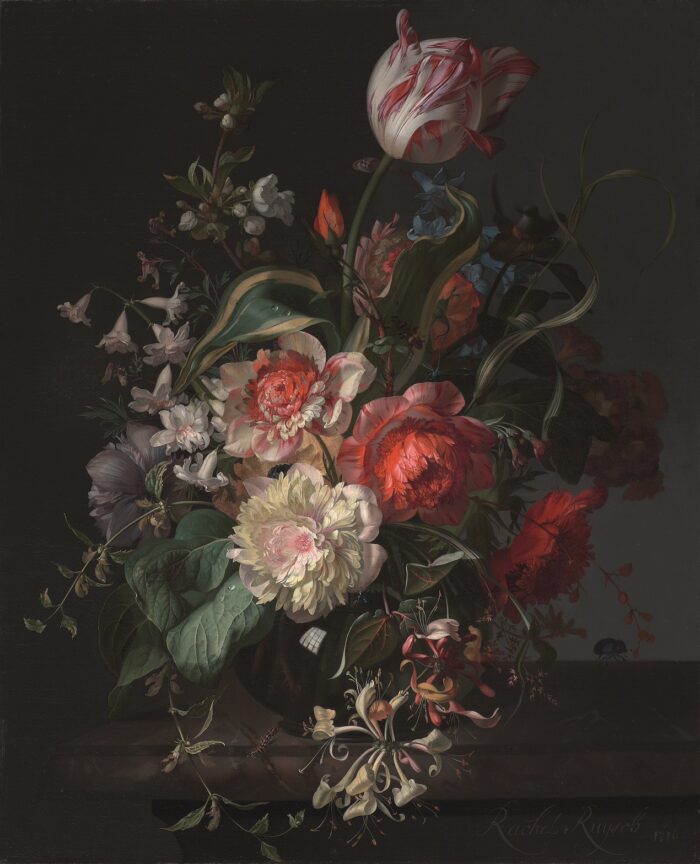 For the past thirteen years, you have collaborated with Sam Segal, the bio-art historian and expert on flower still lifes. How did you find this specialist on flower painting and in what ways did you two collaborate?

It wasn’t difficult to find Sam Segal. The world of Netherlandish flower painting is very small and Dr Segal is an eminent figure in it. We looked at a lot of pictures together and I learnt much from him, especially through his many learned books. It was Sam who introduced me to paintings I wouldn’t have found otherwise. As a connoisseur, Sam helped me recognize the quality of paintings, which has been very valuable for me. That’s why I now have paintings in my collection that are often requested by museums. Having said that, I’d also like to stress that we have become very close friends over the years.

A Dutch broadcasting company showed a documentary last year about your cooperation with Sam Segal and the exhibition of your still lifes in the Bijbels Museum (Belief in nature. Flowers with a message). We saw some shots of your rooms with empty walls – your whole collection had been temporarily moved to Amsterdam! How did you feel about that?

The house is empty again with most pictures out on loan. An empty house is fine with me and I like the idea that other people can enjoy the pictures. 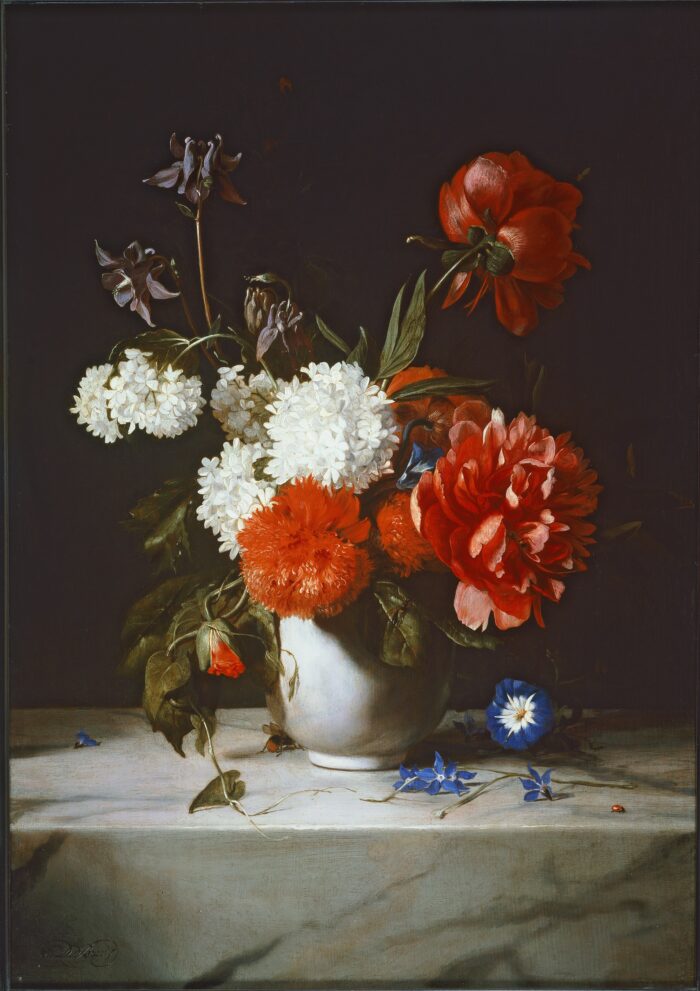 The Belief in nature exhibition was held at the Bijbels Museum, so it emphasized the religious aspects of still-life painting. Is this transcendental component of the genre important to you?

Yes, the metaphysical aspect is important to me. I think the early artists and some of their audience believed profoundly that the work of God was revealed partly through beautiful things in nature. This was a common belief at the time and may have made the hardships of life in those days easier to bear. Let’s not forget that religion is still an immensely powerful force in the world, although Christianity less so than it was. Still, a word of caution is in order. A picture’s symbolic nature justified its purchase in the seventeenth century. Religion was especially important in early flower still lifes, but in the course of the seventeenth century, decoration and conspicuous consumption – the ostentatious display of wealth – became even more important. 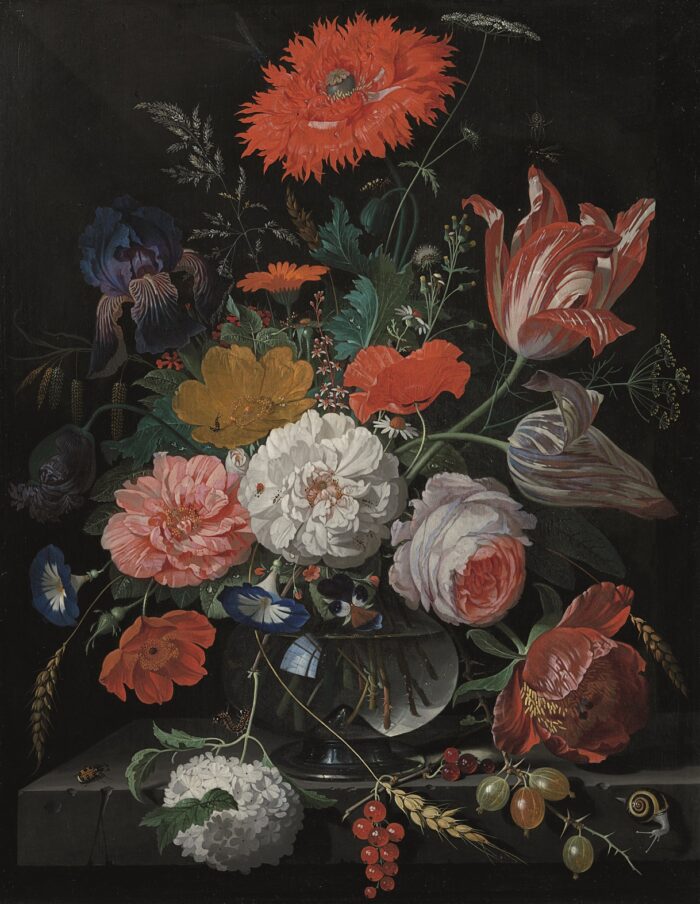 Do you feel that your collection is complete, or do you still dream of acquiring certain pictures?

Most collectors would allow themselves “one last picture.” I have many of them! Perhaps a religious picture will come next.

As a Maecenas, you support various initiatives connected with art history. Thanks to your financial support, the RKD was able to purchase and digitize Sam Segal’s extensive archives on still lifes. You also became a Patron of CODART. What motivates you to cooperate with organizations such as the RKD and CODART?

These are world-class organizations with many charming and erudite people, so it is a privilege to help them when I can. I also support efforts to improve healthcare and charities that help people with serious neurological illnesses, so I try to keep a balance between art and the world outside.

On 15 March 2014, the Friends of CODART Foundation organized a public interview with Brian Capstick and Sam Segal as a CODART Patrons Workshop. The interviewer was Adriaan Waiboer. Some fragments of that interview appear in this text.

The exhibition at the Bijbels Museum was accompanied by Sam Segal’s catalogue Geloof in natuur. Bloemen van betekenis (Amsterdam, 2012, ISBN 978 90 78381 59 4), of which there is also an English edition: Belief in nature. Flowers with a message (Amsterdam, 2012).