In 1934 the Rijksmuseum received a unique gift: a dollhouse that was most probably completed around 1676. It is not known who made the house, along with all its furniture and twenty dolls, but we do know who it was made for: Petronella Dunois (1650–1695), a wealthy orphan who lived with her sister in Amsterdam. In 1677 she took the dollhouse with her as a dowry when she married. Now, over 350 years later, the dollhouse has been incorporated into the permanent exhibition of the Rijksmuseum. Every visitor can view all the details of the eight rooms – including a peat storage attic, a room for mother and baby, a reception room, a dining room, and a kitchen. And of course each room has the appropriate furniture, paintings, pottery, tiles, linen, and silverware. The dollhouse even contains a pincushion with the initials PD.

The monumental yet intimate canal house which is the residence of Elsbeth van Tets no longer has either a peat storage attic nor a room for mother and baby. In other respects, however, its interior immediately brings to mind Petronella Dunois’s dollhouse. Once you have climbed the narrow flight of steps leading to the entrance, you find yourself in an eclectic, fairytale world that is crammed with sketches, paintings, life-sized bronze statues of dogs, stuffed birds in little cages, and, in the kitchen, copper saucepans that gleam against Delft blue tiles. This is the home of someone with a great love of old art in all its facets. And if you have read the credit line accompanying the dollhouse in the Rijksmuseum, you will know that this love of art is woven into the fabric of her family: the dollhouse was donated to the museum by Mrs A.S.M. van Tienhoven-Hacke, who was Elsbeth van Tets’s great-grandmother.

Unlike her great-grandmother, however, Elsbeth van Tets pursued a career marked by dedication to a wide range of cultural institutions, both in Europe and elsewhere. For many years she worked at Sotheby’s. She also sat on the Supervisory Board of the Mauritshuis and the board of the Rembrandt Society. In her supervisory capacity at the Mauritshuis, she was closely involved in the museum’s recent renovation. Elsbeth van Tets currently sits on the board of Museum Van Loon and the board of advisers of the Rembrandt Society. 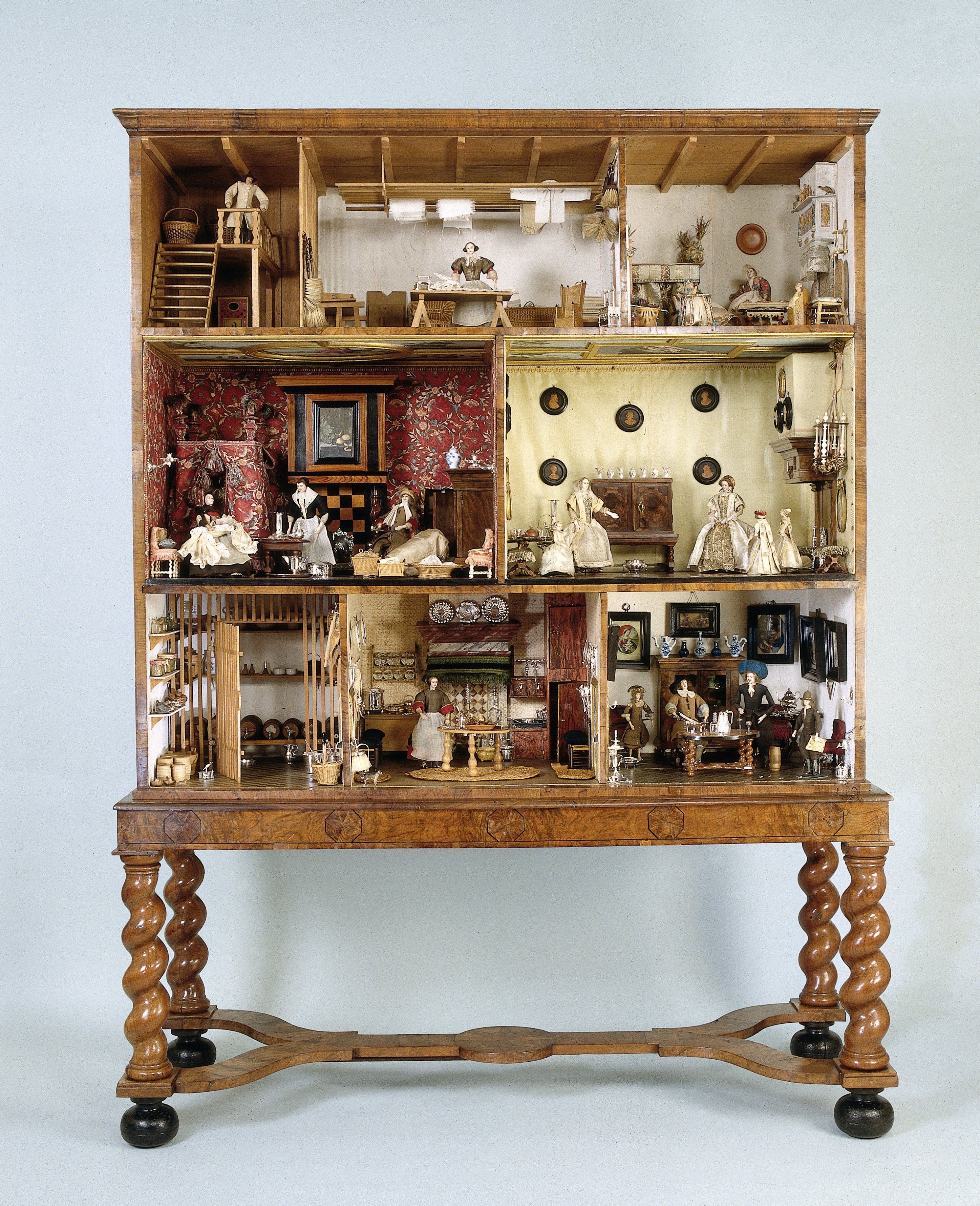 Your great-grandmother owned a dollhouse from the Golden Age. A love of art must have been part of your upbringing.
Yes, it was. My father was a keen collector, especially of works on paper, and as a child I helped him by cutting out passe-partouts for prints in his collection. In our home, everything was ‘old’. My brother is also a collector, so you might say that we are a family of collectors.

It was this interest that made me decide to study at the Inchbald School of Design and Decorative Arts in London. Besides my general interest in art history, I was particularly fascinated by the place of artworks and the decorative arts in the interior. With my interest in old drawings and my knowledge of the Dutch language, I was able to get an internship straight after graduating, at the Victoria and Albert Museum, where I worked on the catalogue of Old Master Drawings. After I had conducted a few substantive commissions for Sotheby’s – one of which involved research on the Dance of Death by Hans Holbein the Younger (1497–1543), the auction house asked me to set up a branch in Amsterdam.

And there you made the acquaintance of a remarkable neighbor.
I certainly did, and this was enormously important to my career. Sotheby’s offices were located at Rokin 98, which meant that I became the upstairs neighbor of the art dealer Lodewijk Houthakker (1926–2008), who was also a collector of drawings. We soon became friends. We shared an interest in drawings, and Houthakker was a wonderful mentor, who helped me to deepen my knowledge of old drawings. More than that, he communicated to me his passion for design sketches, from plans for buildings and interiors to preliminary drawings for ceiling paintings.

Did you carry on working in the area of drawings?
No, not at all. After I had set up the branch of Sotheby’s in Amsterdam, I returned to Sotheby’s in London, and then I left for Sotheby’s New York. I worked there for almost ten years, from 1975 to 1984, in the silver department.

The Mauritshuis was undergoing renovation at that time, and when part of its collection was displayed at the National Gallery in Washington in 1982, I was asked to set up the American Friends of the Mauritshuis. I was very happy to do so, and this was the beginning of a strong and enduring relationship with the Mauritshuis. In 1984 I returned to the Netherlands with my family.

I started up a shop that customers could visit by appointment, where I sold antiques and organized exhibitions. In addition, having been a board member of the American Friends of the Mauritshuis, it was an obvious next step to become active in the Friends of the Mauritshuis foundation. At least, for me personally it seemed the obvious thing to do. My friends thought it an odd pursuit, since museums were regarded as rather stuffy places in those days, not much fun to visit. But I completely disagreed. I loved museums, and in every visit I would discover something new that I wanted to share with other people. So I decided to follow the American example and set up a volunteer organization for the Mauritshuis.

After working in the Friends foundation, I was appointed to the Supervisory Board of the Mauritshuis, to which I belonged from 2005 to 2013. I was also a board member of the Rembrandt Society until last year, and I’ve been a board member of the Museum Van Loon since 1985. In these roles, I was able to apply many of my ideas about the “culture of giving” that I acquired in the United States. For instance, in the Rembrandt Society I helped to set up the Gildemeesters, a growing group of patrons who give the Society financial support.

A great deal has changed in the museum world since your return to the Netherlands.
Yes, there have been changes on two fronts. First, museums have long since ceased to be seen as stuffy places. On the contrary, they have become “places to be,” partly thanks to the new, successful image projected by the Rijksmuseum and the fantastic renovation of the Mauritshuis. Second, the culture of giving has changed enormously in the Netherlands. Friends of museums – organized as foundations – have become professionalized, as a result of which sponsors feel more involved in the museum sector. The Johan Maurits Compagnie foundation that was set up at the Mauritshuis is a good example. 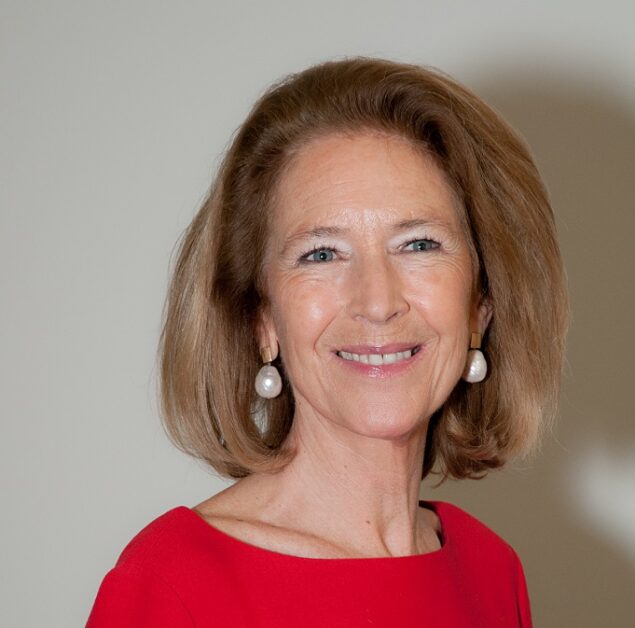 In your supervisory capacity at the Mauritshuis, you were closely involved in the recent renovation. Could you tell us a bit more about that?
The Mauritshuis itself shouldered the risks involved in the project, which meant that the Supervisory Board shared responsibility for it. A strict policy was pursued: whenever funds were insufficient and the budget was in danger of going into the red, plans would be scrapped. And we did indeed have to make some cost-cutting decisions along the way. In the end, the renovation stayed within the budget and within the planned schedule, thanks to the capable dual directorship of Emilie Gordenker and Victor Moussault.

Could you tell us more about your ideas concerning the culture of giving?
I tried to get people enthusiastic about giving during their lifetime. I consider it important that donors are aware of who they are giving to and why. Of course you can always leave a bequest, but if you use your available funds to support cultural institutions while you’re still alive, you can also have a say in deciding what the money will be used for. I myself find that really inspiring – you get so much out of it! It was this philosophy of cooperation that led me and my husband to set up the Decorative Art Fund (DAF) in 2013, in partnership with the Rijksmuseum.

Could you say a little more about that?
My husband, Rijnhard, served as treasurer for the Rijksmuseum Fund for eight years, and he wanted to support the Rijksmuseum. In consultation with Reinier Baarsen, Head of the Department of Sculpture and Applied Arts of the Rijksmuseum, we set up the DAF. This fund made it possible for the Rijksmuseum to purchase design sketches dating from the 16th to 19th centuries. So I like to call them the “Lodewijk Houthakker drawings.” The DAF does not owe its existence solely to our financial support – and that’s why it does not bear our name – but also that of others; we work hard on generating enthusiasm among other donors. For instance, once a year we organize a thematic evening at the Rijksmuseum, with a lecture or a presentation of acquisitions, and our passion often encourages those invited to contribute to the fund. We are closely involved in the Rijksmuseum’s choices when it is considering acquisitions, and that too is very inspiring. Sometimes I myself draw the museum’s attention to drawings that I think would be interesting for the collection. The DAF is an excellent example of donors giving during their lifetime: the curator’s expertise, combined with my enthusiasm and network, has by now enabled the Rijksmuseum to purchase 385 drawings. In addition, 23 drawings have been gifted to the Rijksmuseum through the DAF.

Where do you place the accents in your own collection?
I don’t place any accents at all! I’ve always collected in an extremely eclectic way, as you can see in our house. It is true, however, that I have always focused on old art. Unlike curators, who collect in depth, I’m a generalist. Partly, of course, that’s because I spent so many years working at an auction house, where you learn to take a broad view. I buy paintings, drawings, bronze sculptures, and all sorts of other objects I find beautiful – and now my house is full! My purchases are often extremely personal, even intimate, and I have a special attachment to each piece. A good example of this is the portrait of twin boys (Portrait of Two Young Boys Dressed up as Knights; 1668) by the Antwerp artist Johanna or Jeanne Vergouwen (1630–1714). Jeanne Vergouwen is a fairly obscure artist, and only a few of her works are known. I first saw the painting in Hoorn, at the home of John de Visser, another passionate collector, when I myself was expecting twins, and immediately fell in love with it. Unfortunately the painting was not for sale at the time. But when it came up for auction at Christie’s in 2008, I was luckily able to buy it, and now it hangs in a place of honor in my home. 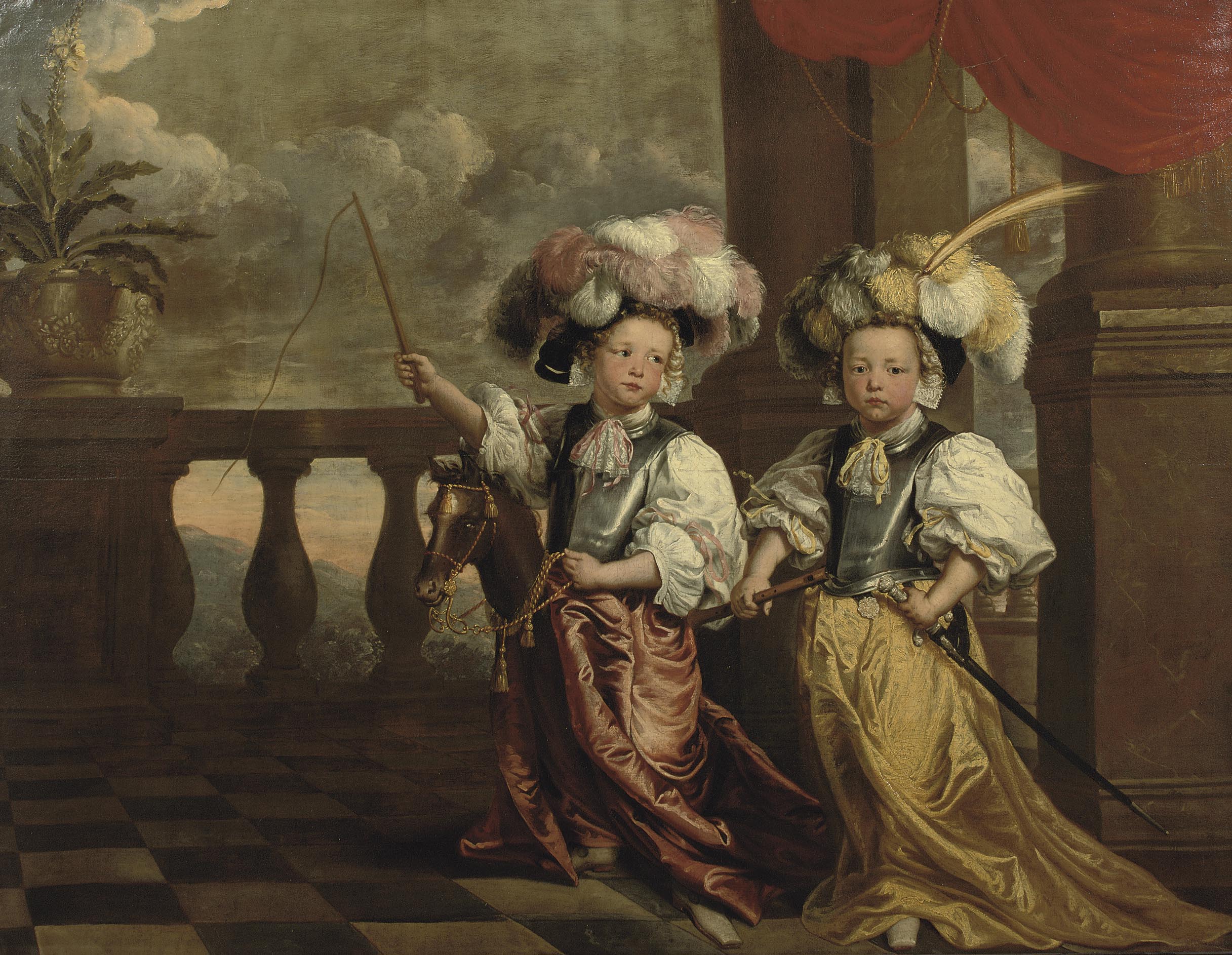 In 2012 you became a CODART Patron. What made you decide to take this step?
I had heard of CODART through the Mauritshuis and through some of my friends. It is a wonderful institution, and I’m happy to support it. As a generalist with a passion for Old Masters, it struck me as an interesting prospect to make contact with an international group of museum curators, with their specialist knowledge. So I’m very much looking forward to the forthcoming study trip to the Midwest, together with a number of other CODART collectors and curators. Most of the collections that we will be visiting there are unknown to me. I’m particularly looking forward to our visit to Oberlin, since the museum possesses a number of drawings that originate from the collection of Lodewijk Houthakker.

Elsbeth van Tets has been a Patron of CODART since 2012.