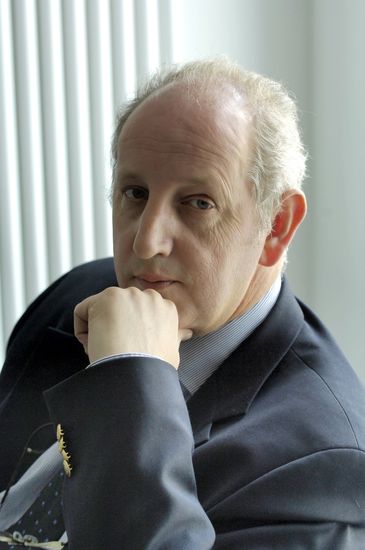 After completing his studies in art history in Groningen, Peter van den Brink worked briefly at museums in Delft and Utrecht before beginning in 1991 as a researcher at the Rijksuniversiteit Groningen. Starting in 1997 he worked for more than eight years at the Bonnefantenmuseum in Maastricht, serving as Chief Curator for the last six years of this period. In this capacity he published a number of articles and organized various exhibitions, including Brueghel Enterprises in Maastricht and Brussels in 2002 and ExtravagAnt! in Maastricht and Antwerp in 2004-05. One of his specialisms, early Netherlandish paintings and drawings, was highlighted in the latter exhibition in particular, but the scope of his publications extends far beyond this field. Since 2005 Van den Brink has served as director of the Municipal Museums of Aachen (Germany), one of which is the Suermondt-Ludwig-Museum. As both art historian and museum director, he attaches great importance to The European Fine Art Fair (TEFAF).

Van den Brink first visited TEFAF while working as a researcher at the Rijksuniversiteit Groningen. He quickly realized the importance of good relations and mutual understanding between museums, scholars and art dealers. The significance of TEFAF lies primarily in the art it offers. For dealers, TEFAF is the ideal place to showcase their most important works, and many save their best pieces for the Fair, because this is where all the important buyers congregate. Over the years Van den Brink has established a rapport with many dealers. He characterizes these ties as a form of reciprocity: dealers call upon museums for expertise and authority, but they also share their information about the art market and potential lenders and donors.

Van den Brink always finds it exciting to see what surprises the Fair has to offer. This year he expects, for the first time in years, many more works from private collections. For decades, art dealers have maintained ties to various families, some of them aristocratic, who now find themselves forced by the economic malaise to sell part of their collection. A dealer can make sure this happens quietly and discreetly, without all the commotion of an auction. Such discretion is also advantageous for museums, since it gives them time, when considering a purchase, to carry out additional research, conduct unhurried negotiations, and make the necessary financial arrangements.

The day of the private viewing is largely taken up with socializing, networking, and making appointments for the rest of the week. Everyone you want or need to do business with is in Maastricht for these few days. Lenders, sponsors and partners – often it is possible to carry on three-way conversations. Things that are difficult to talk about on the telephone or by e-mail are discussed here in person, over lunch, dinner, breakfast, a cup of coffee or a drink. On the opening day there is little time to see the art. Peter van den Brink makes up for this in the following days, alternately viewing the art and giving tours of the Fair. Since becoming the director in Aachen, Van den Brink gives a tour of the Fair on the first Friday for the board and sponsors of the German States Cultural Foundation (Kulturstiftung der Länder) in Berlin. For the first time, this will be followed on the first Saturday by an introductory lecture on the Fair for some two hundred clients of a Swiss bank. In the second week of TEFAF he usually gives a tour for clients of the Savings Bank (Sparkasse), a loyal sponsor of his museums in Aachen.

Even though Van den Brink thinks of himself as a small fish in a big pond, he buys something at TEFAF almost every year. In 2007 he purchased, on behalf of his museum, a painting by Cornelis Bega from Noortman Master Paintings for 150,000 euros. That work now features in the exhibition, which opens on the eve of TEFAF 2012, on this seriously underrated artist: Eleganz und raue Sitten (Elegance and Boorish Manners). Last year Van den Brink spotted a Last Judgment by the Amsterdam painter Nicolas Eliasz, called Pickenoy, which was offered by Bob Haboldt. It is the intention that this splendid work, one of the rare history paintings by this artist who is known mainly as a portraitist, will be purchased by the Suermondt-Ludwig-Museum. At the Fair, such potential purchases are carefully inspected by the museum’s conservators and then taken as quickly as possible to Aachen.

It is nice to recognize patterns in Fair attendance after visiting it for a number of years. Van den Brink has noticed, for example, that on the second Saturday of the Fair, only Spanish is spoken in the reception room of the adjoining NH hotel, no doubt because many Spanish TEFAF visitors come on the second weekend and bring the whole family, complete with children and grandchildren.

TEFAF is extremely important as a meeting place. For the sales of Old Masters, everyone goes in January to New York, in July to London, and in March to Maastricht. As director of the Municipal Museums of Aachen, Van den Brink is well aware that for his museums this is one of the most important times of the year. Every year the Suermondt-Ludwig-Museum holds a large exhibition that officially opens on Wednesday, the day before the private viewing of TEFAF, but on the Tuesday evening there is always a preview for TEFAF dealers, who are thus forced to take the night off. These Tuesday evenings are very popular among the art dealers, who can take a leisurely look at the exhibition and of course enjoy a glass of wine and the accompanying appetizers. No wonder they show up in force, because it’s their last opportunity to relax before the stress of TEFAF sets in. Naturally such an evening provides an opportunity to discuss other topics as well. The exhibition in Aachen traditionally holds its festive opening on the Wednesday evening before TEFAF starts, and this event attracts a large and diverse public, including people from Van der Brink’s native village of Meerssen (just outside Maastricht), politicians and journalists from Aachen, and collectors and art historians from around the world – between 800 and 1,000 people. Members of CODART, HNA and ANKK receive invitations by e-mail to this opening, which is usually a very enjoyable affair that is increasingly viewed as the kick-off to TEFAF. The exhibition often presents a surprising overview of a slightly lesser-known artist. After Hans von Aachen (recently celebrated by the English magazine Apollo as the best exhibition of 2010-11) and Joos van Cleve, this year the spotlight will focus on the Haarlem painter Cornelis Bega in a show titled Eleganz und raue Sitten (Elegance and Boorish Manners). This painter, draftsman and etcher – unknown to most people and known to most CODART members only as a follower of Ostade – is a tremendous discovery. The presentation in Aachen of the best of his oeuvre will put him on the map as an artist whose sympathy for those less fortunate than himself is plainly evident in his paintings. Equally brilliant with chalk, burin and brush, he demonstrates his incredible refinement as both a colorist and a painter of the human condition.

TEFAF coincided with a special event in 2009, when the exhibition The great virtuoso from Amsterdam: Jacob Adriaensz Backer was mounted in cooperation with the Rembrandthuis. Van den Brink worked for years on this project, which resulted in a successful exhibition that was accompanied by an extensive catalogue. This achievement also provided a reason to hold the CODART TWAALF congress in 2009 in Aachen and Maastricht. These congresses are held every year during TEFAF, the perfect time for CODART members to meet one another and exchange ideas.