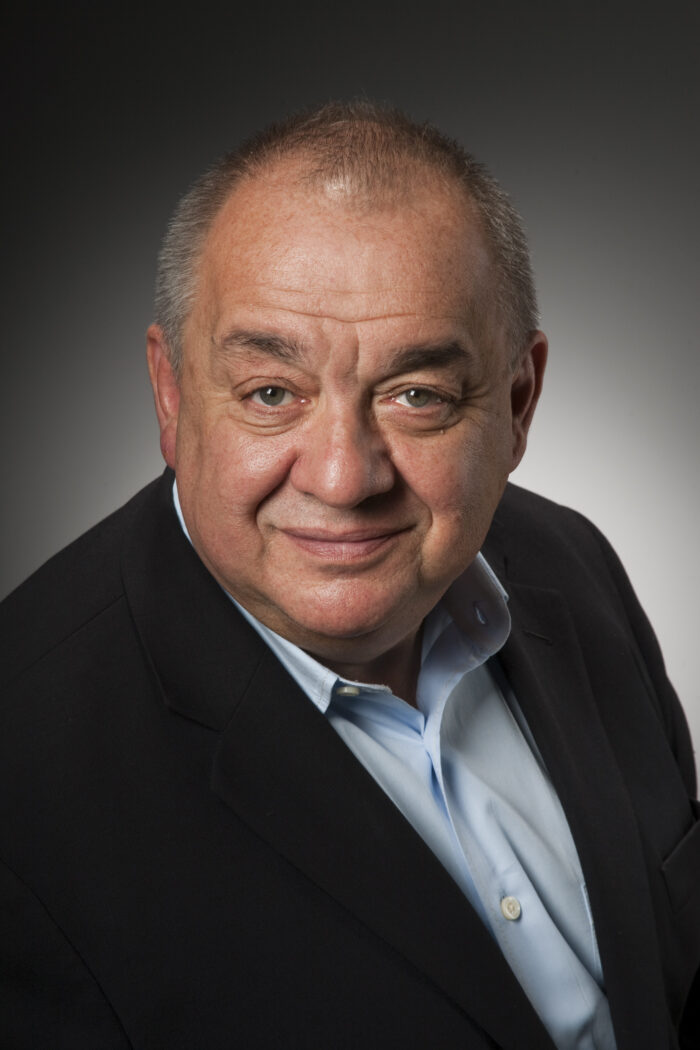 Jean-Patrice Marandel, a member of CODART since 1999, is a valued member of the Vetting Committee of The European Fine Art Fair (TEFAF), held each March in Maastricht (Netherlands). Since 1993 he has been the Robert H. Ahmanson Chief Curator of European Art at the Los Angeles County Museum of Art (LACMA). Born in Paris, he graduated from the Institute d’Art et d’Archéologie, Université de Paris-Sorbonne with a “diplôme d’études supérieurs” in art history. He went to the United States in 1967 for a summer internship at the Philadelphia Museum of Art and again in 1969 with a grant from the French government as a Focillon Fellow at Yale University. After a successful career as a researcher and curator at various museums (including The Art Institute of Chicago and the Detroit Institute of Arts), he moved to LACMA in 1993.

Among the exhibitions Patrice Marandel has organized are The Golden Age of Naples, Naples Under the Bourbons (1732-1805). During his Detroit tenure he organized Symbolism in Polish Painting (1890-1914), which traveled to Warsaw in 1984, and he collaborated on Francois Boucher, a retrospective of the French artist, which traveled to New York and Paris in 1986. In 2010 he presented an exhibition of Renoir’s late work and is currently organizing the exhibition Caravaggio and his Legacy.

LACMA recently underwent a major reinstallation of its Old Master paintings. Marandel chose to arrange his galleries in the style of the grand European galleries of centuries past. Such arrangements integrate sculpture, paintings and objects of decorative art in one and the same installation. This way of presenting a permanent collection is also making a comeback in Europe, at the new Rijksmuseum in Amsterdam, for instance, and at the Bode Museum in Berlin. In February 2010 a group of thirty CODART members visited LACMA under the guidance of Marandel and Amy Walsh, Curator of Dutch and Flemish Paintings, during a study trip to Southern California. At that time the European galleries were still in the midst of renovation, but fortunately the Dutch and Flemish galleries had been completed.

Throughout his career at LACMA and elsewhere, Marandel has been responsible for the acquisition of some of the finest European paintings and sculptures for those museums’ permanent collections. His knowledge of European art and his eye for quality serve him well as a member of the Old Master Vetting Committee at TEFAF, to which he was appointed in 2005. He is among the 175 leading experts who serve on the TEFAF’s prestigious vetting committees. His colleagues also come from such institutions as Amsterdam’s Rijksmuseum and Washington’s National Gallery of Art. This year, before the Fair opens, the twenty-nine specialist committees will rigorously inspect every item for authenticity, quality and condition. According to Marandel, “Being part of the Vetting Committee myself, I am highly familiar with the process. As a buyer I do find it reassuring to have the works “vetted,” in particular in those areas where I am perhaps less familiar with the material.” 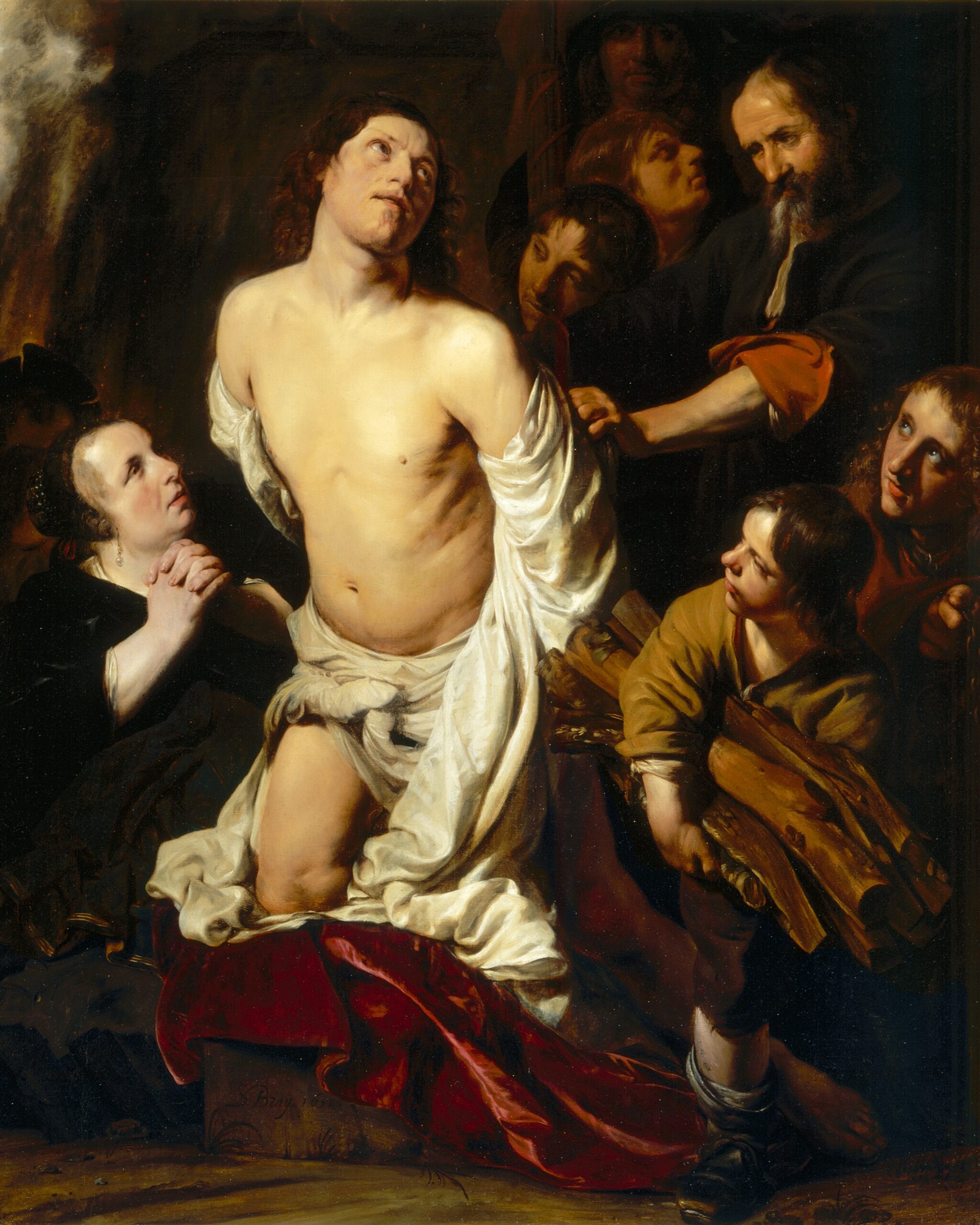 “I’ve been going to TEFAF for about fifteen years now,” Marandel says. “I had heard of it as a fair offering essentially Dutch pictures – collectors’ pictures: small-sized, precious cabinet pictures. Friends told me at about that time, fifteen years ago, that the Fair had expanded tremendously and was still expanding, and now included all kinds of paintings, as well as sculptures, objects, furniture and so on, well beyond the narrow field of Dutch cabinet pictures. Ever since then, TEFAF has been one of the highlights of my year. I believe I have bought at least one painting or sculpture every year at the Fair.”
Among the significant acquisitions of Northern European art he has made at the Fair are two important seventeenth-century altarpieces. In 2002 he spotted the powerful Martyrdom of Saint Lawrence by Salomon de Bray on the stand of the New York dealer Jack Kilgore. Painted in 1652, the year De Bray was working on the Oranjezaal, the dramatic altarpiece was a major addition to LACMA’s collection. In 2008 Marandel found a mid-seventeenth-century triptych by Jan Boeckhorst, complete with wings that bear the symbols of the four evangelists painted to resemble bronze or gold relief on the exterior. Known as the Snyders Altarpiece, it was commissioned in about 1659 to hang above the grave of Maria Snyders, sister of the still-life painter Frans Snyders. Until 2007 the altarpiece had remained in the possession of the beguinage in Antwerp where Maria Snyders had lived. In that year it was sold at a small auction in Antwerp to the London dealer Moatti Fine Arts Ltd., who exhibited it at TEFAF.

TEFAF exhibitors frequently sell paintings to American museums in ways that many European curators find curious. Unlike European museums, which often rely on government funds, the American system is based entirely on private funding. At LACMA, for example, support for its acquisition of Old Master paintings and sculpture comes primarily from the Ahmanson Foundation, a private organization established by one of the original founders of the museum in 1965.
American curators and museum directors, even entire boards of directors, often bring wealthy donors to Maastricht to educate and advise them about their own collections, as well as to pitch the idea of buying a major work of art for their museum. “It may be a peculiarity of the museum for which I work, but the interest in Maastricht cannot be described as ‘Institutional.’ The Board – as a body – is not invited to visit Maastricht, but a number of individuals on the Board always express an interest in going. Some Board members are well aware of the fact that the best finds of the year might be made at TEFAF. By now the Fair is well known among collectors and art patrons.” 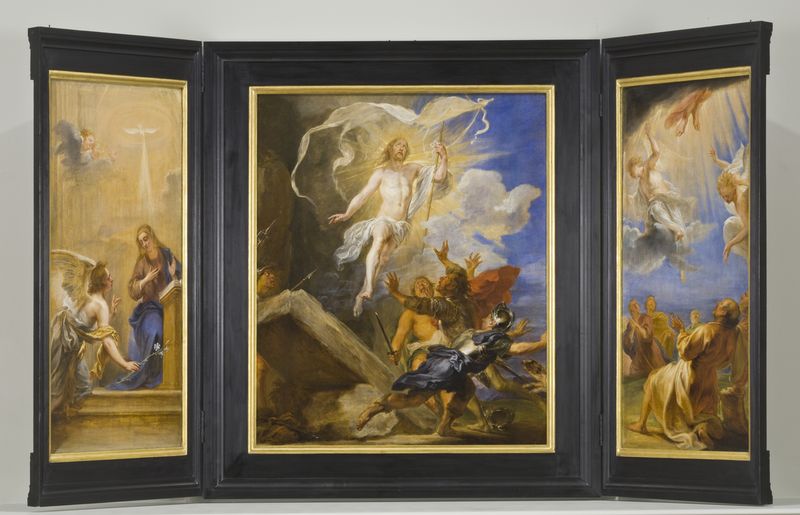 Mr. Marandel’s international background and education have enabled him to see the different systems that govern European and American museums, but the main focus of his work is European art in American museum collections. “I’m afraid that my ‘French background’ is irrelevant: I’ve lived for almost fifty years in America, and I never worked as a curator in France. My museum experience is completely American. I’m aware of the different rules under which my French colleagues work; I’m also aware of the restrictions of my own job. We all manage to work within those different constraints, and in the end we all manage to acquire works of high quality.” But, like most art historians who visit the Fair, Mr. Marandel constantly seeks new challenges. “As a TEFAF veteran, I follow my own path through the fair. I enjoy having enough time to discover areas that are outside my specialization, the decorative arts in particular.”

TEFAF in cooperation with Jean-Patrice Marandel, Robert H. Ahmanson Chief Curator of European Art at the Los Angeles County Museum of Art (LACMA) and member of CODART since 1999.