This article was originally published in the CODART eZine, no. 0, Tefaf-Special,  Spring 2012.

On 10 October 2011 the recently opened Antwerp museum MAS (Museum aan de Stroom) welcomed participants to the CODARTfocus event. This international meeting of specialists in Dutch and Flemish art was held in the best tradition of CODART, providing participants with an in-depth visit to a specific exhibition and the opportunity to discuss the exhibition, as well as the concept behind the new museum, with the curator and other representatives of the MAS.

It is important to underline the uniqueness of the event and the special atmosphere that was created for those attending the meeting. That day the museum was open only to participants of the CODARTfocus meeting, providing a favorable setting for scrutinizing works of art and taking part in professional discussions. It was also the perfect opportunity to meet new people, since this CODARTfocus proposed a broader scope: those invited to attend included not only museum curators but also members of academia. The international group of participants consisted of scholars and curators from the United States, Russia, Romania, Belgium and the Netherlands. 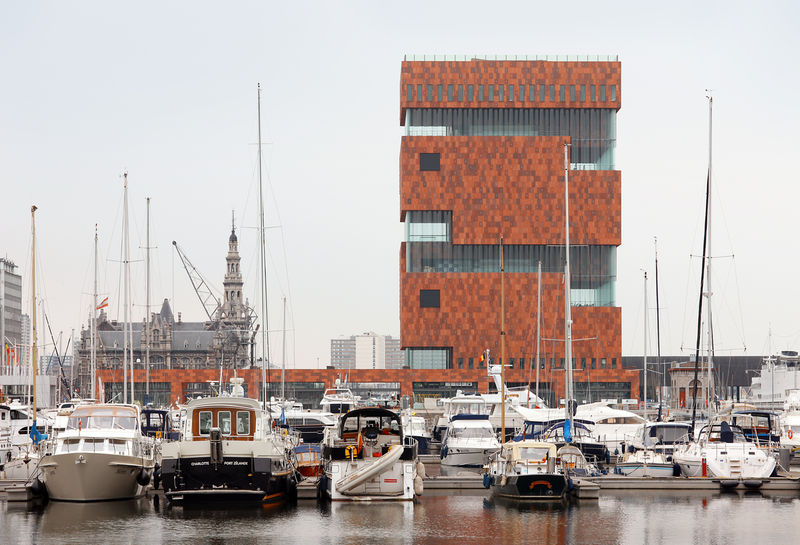 The modern building that houses the MAS museum is impressive in itself. Indian stone not only creates a striking, decorative effect, but also emphasizes the new museum’s significance to the cityscape. The building reflects an unusual and creative approach that has been applied to the entire museum and its presentations. The MAS seeks to do justice to the image of Antwerp, a seaport open to the world. Naturally the new museum aspires to be a focal point of the city, by virtue of its proximity to the city as well as its exhibitions. Those attending the CODARTfocus meeting visited the exhibit Masterpieces in the MAS. Five Centuries of Images in Antwerp. This part of the program was under the supervision of Nico Van Hout, curator of the part of the exhibition organized by Antwerp’s Royal Museum of Fine Art (KMSKA). The group was therefore treated to an introduction to the exhibition given by the curator himself. Five Centuries of Images is actually a collaborative effort of such leading Antwerp museums as the previously mentioned KMSKA, the Museum of Contemporary Art (MHKA) and the Museum Plantin-Moretus. The city’s historical heritage, presented in all its manifestations, underlines the role of the city from the art-historical perspective. Paintings, prints and sculptures are combined with pieces of furniture, curiosities and natural specimens from the collections of aristocrats and wealthy merchants. The participants of the CODARTfocus meeting discussed the desirability of exhibiting paintings and sculptures by contemporary Flemish artists alongside historical objects. Even though the idea of juxtaposing contemporary and classical pieces caused consternation among some specialists, many colleagues appreciated the complex and unconventional forms of expression chosen by contemporary local artists. From time to time the guided tour became a platform for discussion, and the colleagues shared their opinions on certain aspects of the exhibit and particular works of art. 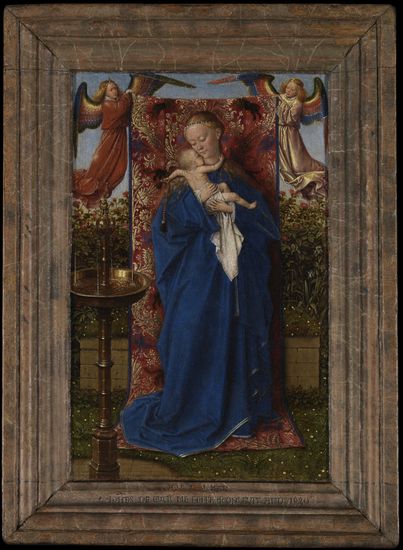 Another point of discussion was the route taken by visitors. To be sure, non-standard planning and numerous rooms permit the display of certain groups of art works in close proximity to one another. On the other hand, it is difficult to discover the connection between these small exhibition areas. The program of the CODARTfocus meeting also included a visit to the MAS’s Visible Storage and to another exhibition: Display of Power. We were introduced to Chris De Lauwer, curator of the Asian collection, Els De Palmenaer, curator of the African collection, and Annemie De Vos, curator of the Vleeshuis collection and the City Hall of Antwerp collection. During a visit to the MAS’s Visible Storage, the participants were introduced to this new approach in presenting art works to the public.

The objective of CODARTfocus meetings is to spend one day making an in-depth visit to an exhibition, a newly installed permanent collection, or a recently opened museum. In this way CODART seeks to give its members an opportunity to present – and discuss with fellow art historians –their own museum, permanent collection or special exhibition. CODARTfocus meetings provide occasions for members to get together in smaller groups throughout the year, not just at the annual conference. Sometimes non-members are invited to focus meetings; these guest participants are often specialists in their field, whose expertise adds depth to the discussions.

Maria Gordusenko, Head of the Department of West European Art at the Ekaterinburg Museum of Fine Arts in Ekaterinburg and has been a member of CODART since 2005.