Till-Holger Borchert studied art history in Bonn, and wrote his thesis about the early work of Hans Memling. In 2002 he became curator at the Groeningemuseum in Bruges, where he organized numerous exhibitions. Since December 2014 he has been director of the Bruges Museums, which encompass 14 institutions, including the Gruuthusemuseum, Arentshuis and the Hospitaalmuseum.

For this eZine devoted to connoisseurship, Till-Holger Borchert was interviewed by Marrigje Rikken, Curator at the RKD in The Hague and Associate Curator at the Frans Hals Museum in Haarlem.

Congratulations on your appointment as director of the Bruges Museums. What were the biggest changes from being a chief curator to becoming a director, and is there something that you miss not being able to do any more?

The biggest change was from having no time to absolutely having no time. But seriously: now I have more responsibilities towards the entire organization. As long as you are willing to make compromises, for example in scholarly output, which I am not, it might be doable. I still give lectures, and still do research on specific works of art, and I am also still involved in curatorial processes. I sometimes find myself looking at my calendar to discover that I have one free weekend in three or four months in which I have to finish an article. But I also have to develop visions for the museum and the departments. This is a slow process but we’re working on it.

What I haven’t been doing is putting together a major exhibition. I would very much like to make a large-scale scholarly exhibition in my field of interest again, but that will have to wait a while. We have a couple of shows coming up, but not like the Memling exhibition [in 2014] for example.

Thinking about museum directors who have been appointed in recent years, you could argue that there have been two dominant types: directors with a scholarly background and previous experience as a curator, and directors without a scholarly background, but with many management skills. But there has also been a trend towards having both an artistic director and a financial director, as is the case in Bruges. What are your thoughts about these developments?

To start with the types of director: both models work well, unless you are unwilling to acknowledge that management is important, or on the other hand believe that museums thrive on collections and scholarship above all else. You have to be open to the aspects that are not your primary field of expertise. I am not at all indifferent to management but my focus is art history. I believe it is important to know for yourself where you can make an impact, and by what means.

There has already been a dual directorship in Bruges from the time of Manfred Sellink. Hubert De Witte and I work very much as a team, and there has never yet been a controversy about decision-making. We share the same values and ideas, and we are compatible. Dual directorship becomes a problem if the ultimate goals and agendas of the administrative director and artistic director are divergent, if there are hidden agendas or if there is a lack of communication.

What the Bruges Museums stand for is making exhibitions that advance scholarship, rather than putting on shows with the 100 most popular paintings. We have to strike a balance. My task as a director with a scholarly background is to add to what we know and to make sure that the museum remains a place where research becomes public knowledge. 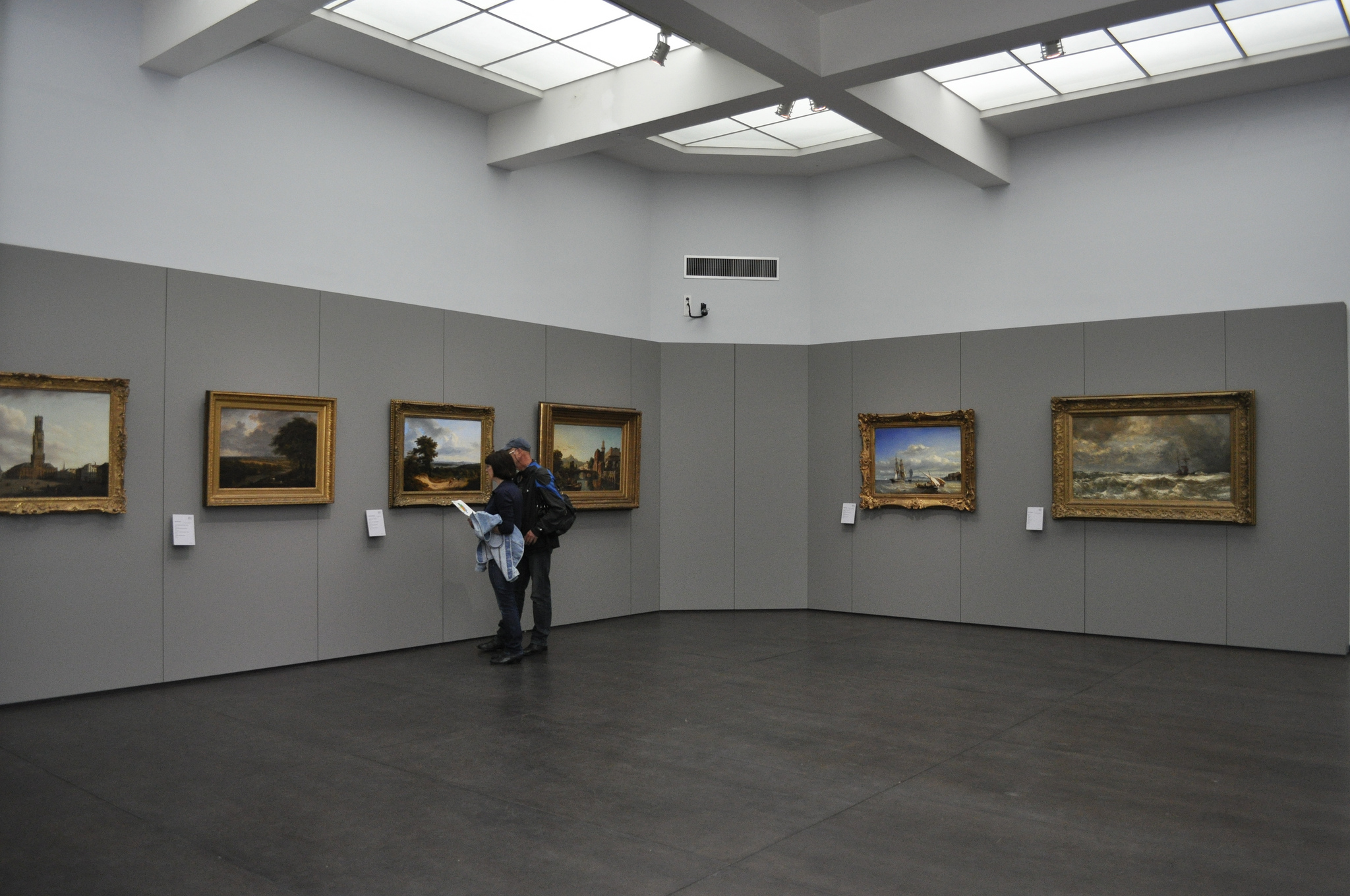 Gallery of the Groeningemuseum, Musea Brugge

The museums in Bruges consist of 14 different institutions. What kind of challenges does this bring about?

It is not so much about managing institutions as about managing the people who manage the institutions. It is a very divergent collection with different personalities. The main challenge is to make sure that the ambitions of every employee are heard. Not all institutions are geared towards the same public, we have to make sure that they are complementary for different audiences. We should diversify our goals while spreading the workload efficiently within the budget that we have.

In the museums there are always several exhibitions on view at the same time. At present there are exhibitions about the Bruges printroom and the 19th-century mythical primitives. How do you cope with this?

I have been privileged to work with an exceptionally good team of people, I can trust them blindly. It is a young curatorial team, but they are working very well together, because they share the same values in terms of work ethics and scholarship. When we acquired the print collection that is on view now, it was obvious that after spending half a million Euros we now have an obligation to the public to make the material accessible. I always knew that the prints were fantastic, but the exhibition exceeds my expectations. The different approach in highlighting the prints establishes a basis for new exhibitions for many years to come.

In July we organized the Summer Course, the Age of Van Eyck. In a very distant past I was working on issues about collecting history and historiography and was giving lectures about the perception of Flemish primitives. So we wanted to make a small show with works from our own collection and a few loans about how the 19th century looks back at Van Eyck. And next time I woke up there was an exhibition ready, because my colleague Laurence van Kerkhoven picked up the challenge and made it happen.

You have made a lot of exhibitions in the past about the Flemish primitives. Could you explain how connoisseurship played a role in these?

Some of these shows displayed many works that had not been seen together before. Of course you have to put names and dates on the works and then it appears to be about connoisseurship. Connoisseurship should have an aim, not be the aim. The big shows, such as Van Eyck in 2010, had a cultural historical approach, asking questions, such as what is happening there, what are the incentives? I am interested in how older historical concepts, such as the history of power, would work in the 21st century. If I am critical of the 2010 exhibition on Central Europe it is because it seems that we, both as historians and art historians, were unable to show the historical and dynastic context of these artistic exchanges.

You wrote an article ‘From Intuition to intellect: Max J. Friedländer and the verbalization of connoisseurship’ in which you say that connoisseurship is intuitive. Do you believe art historians still trust their intuition enough these days?

Sometimes I’m sure they don’t. There is the desire to objectify, but that is not possible. Algorithms won’t necessarily answer questions. If you don’t realize what you are looking at, for example if there is overpainting, then there is a problem of course. Connoisseurship is very tricky. One of the greatest difficulties that I have encountered is the compatibility of words. I was at a conference once where people were trying to talk to each other, but although they spoke the same language, they were using a completely different vocabulary and they couldn’t understand each other. If you’re a connoisseur but are unable to communicate your insights, then you are not part of a discourse.  Friedländer had a mind -blowing way of communicating, combined with a beautiful style. He was able to use words in a way that stimulates your own observations. Very few people can do that. Connoisseurship becomes problematic when people are too stubborn. I see connoisseurship as a public responsibility, in a way. We have an obligation to make sure that our opinions, if asked for, are also accounted for. 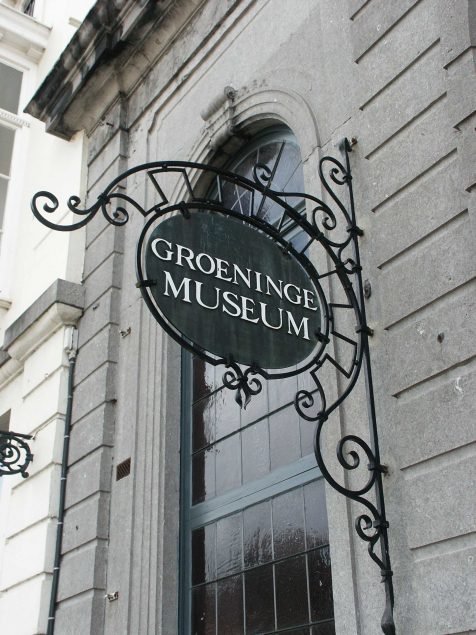 They are both complementary and in conflict. Essentially, the answers that technical study can provide are not necessarily the answers to the questions that a connoisseur would ask. Unfortunately, not enough people realize that. Technical art history is a great aid and it helps us tremendously, not least in making well-informed decisions in the field of conservation. Yet the interests of technical art history and connoisseurship are not necessarily the same. Technical art historians are far more interested in the chemical structure of a specific resin, say, but our interest is to know whether an overpaint is by a specific painter or of a much later date. Rembrandt and Rubens, let alone Flinck or Van Dyck, would all have used pretty much the same pigments, and analysis would show us that. There needs to be a renewed sense of modesty in looking at the results and trying to combine them.

Do you think that young art historians should still be educated in connoisseurship?

Has is ever been on the curriculum? It is one of the hardest things to teach. Art history has a lot of questions to ask. Whether it is a Rembrandt, is just one of many. It becomes a problem if one question is conceived as being more important than another. If a discourse based on theory is considered to be more valid or less valid than a technical approach, that is a major problem. I see that happening today, especially when it comes to students.

We have to realize that it is not easy for universities to include the study of objects in a curriculum. In a way that is our responsibility, as educational museums. That is what we are trying to do; we have formed a research group and an internship program to this end. The Summer Course is very important in that respect. We want to offer privileged access to masterpieces to students from all over the world who are interested in early Netherlandish painting, and provide guidance towards studying the objects. This is not entirely altruistic, because it means that we will know who the best candidates are to whom we can entrust our collection for the future.

Till-Holger Borchert is director at Musea Brugge. He has been a member of CODART since 2001 and is a board member of the Friends of CODART Foundation as of 2016.

Marrigje Rikken is curator at the RKD in The Hague and associate curator at the Frans Hals Museum in Haarlem. She has been a member of CODART since 2014.