The Fabrics of Representation

The ability of art to closely mimic nature formed a well-established trope in European painting of the early modern period. The intensified circulation of goods in trade-based empires such as the Dutch Republic therefore inevitably transformed illusionistic representation and its artistic and affective functions in art. Products and naturalia foreign or novel to early modern European audiences, such as shells, foodstuffs, and imported fabrics and gemstones provided artists with opportunities to represent myriad material qualities, yet were also coveted by patrons as items that signalled access and possession, and therefore wealth and status. Non-European textiles and forms of dress also fueled the artistic imagination in regards to the depiction of Biblical characters and ancient worlds, raising questions about the role of such uses in constructions of alterity. 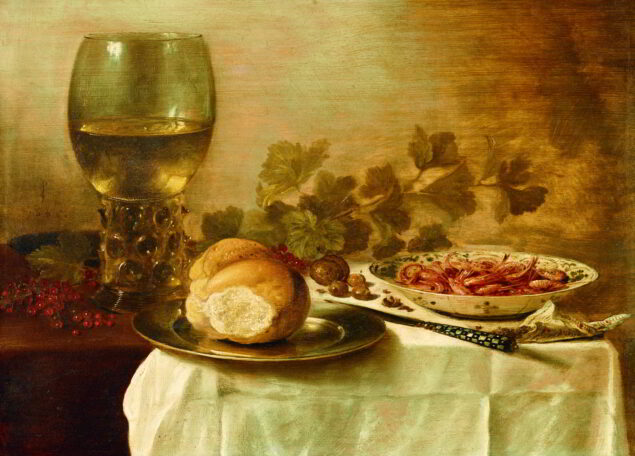 This exhibition draws from a variety of Agnes’s collections to highlight how European painting genres such as still life, portraiture and history painting employed elements of an increasingly global material culture to new representational ends. In addition to realistically rendering a large variety of surfaces and textures, painters were advised to combine their skills in observation with their imagination to invent deceptively lifelike compositions. Representation, in this sense, takes on a double meaning—of artistic likeness as well as a complex process of signification. Works on display include recently acquired seventeenth-century Dutch and Flemish paintings by Carstian Luyckx, Pieter Claesz, Constantijn Verhout and Jan van Noordt.

The exhibition is curated by Suzanne van de Meerendonk.