The Dutch restitution committee, an Advisory Committee on the Assessment of Restitution Applications for Items of Cultural Value and the Second World War, has issued a recommendation to the Dutch Minister for Education, Culture and Science to return 12 paintings that belonged to the Jewish private art collector Hans Ludwig Larsen to the heirs of the owner. Moreover, a portrait by Thomas de Keyser, formerly in the collection of the Jewish art collector Richard Semmel should be returned to his heirs as well. The minister has approved the restitution.

The portrait by Thomas de Keyser is on loan to MuseumgoudA. Two of the works in the Larsen-claim are a Village in winter time by Jan van Goyen, on loan to the Mauritshuis and a Holy family attributed to the Master of the Antwerp Adoration on loan to the Gemeentemusea Delft. Also works on loan to the Bonnefantenmuseum, Amsterdams Historisch Museum, Museum Boijmans Van Beuningen and the Frans Halsmuseum are restituted.

Another claim by the heirs of Jewish art dealers Katz, was partially rejected by the committee and subsequently by the minister. Of 31 paintings in the claim of more than 200 object, it could not be proved that they were owned by the Katz brothers or their legal successors during the occupation. 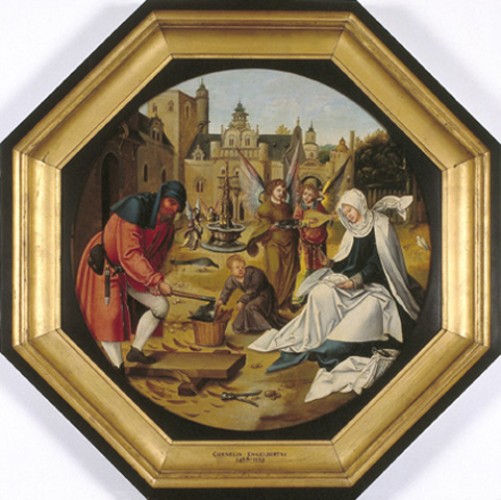