Queen’s University announced that the university’s Agnes Etherington Art Centre has received the painting Portrait of a Man with Arms Akimbo by Rembrandt van Rijn from Alfred and Isabel Bader, two of Queen’s most generous alumni and benefactors.

Portrait of a Man with Arms Akimbo, a late-career painting signed and dated 1658, will become part of the Agnes’s permanent collection. The painting is a significant example of a dated portrait by Rembrandt from the 1650s, and one of the last works from the artist’s late career to enter a public collection. There has been much speculation about identity of the man in the painting. According to his clothing he could be a sailor, military figure, merchant, artist or pirate. The portrait may also be an example of a character study of an individual dressed in historicized costume.

“This painting is a dazzling demonstration of the artist’s signature ruwe, or rough, style, embodying the painterly brilliance so associated with Rembrandt’s late work. It also beautifully demonstrates the artist’s consummate skill in capturing the psychological presence of his subjects. I couldn’t be more delighted with this incredible addition to The Bader Collection,” says Dr. Jacquelyn N. Coutré, Bader Curator and Researcher of European Art at the Agnes.

The painting’s earliest documented owner, Daniel Daulby, was a renowned collector of Old Masters and is most known for authoring the first catalogue of Rembrandt etchings in English. Throughout the 19th century and early 20th century, the painting was sold and purchased by private collections in England. George Huntington Hartford II, purchased the Rembrandt painting by 1939 before donating it to Columbia University in 1958. The university sold the painting in 1974 to dealer Harold Diamond. That same year, John Seward Johnson, heir to the Johnson & Johnson fortune, purchased the painting. Johnson’s widow, Barbara Piasecka, inherited the painting and consigned it to sale in 2009 when it was purchased by a private collector.

The Agnes is currently preparing the portrait for installation. It will be unveiled to the public in May 2016. The Rembrandt masterpiece joins the Agnes’s collection of more than 16,000 works of art, including two other works by Rembrandt, the Head of an Old Man in a Cap (ca. 1630) and Head of a Man in a Turban (ca. 1661). 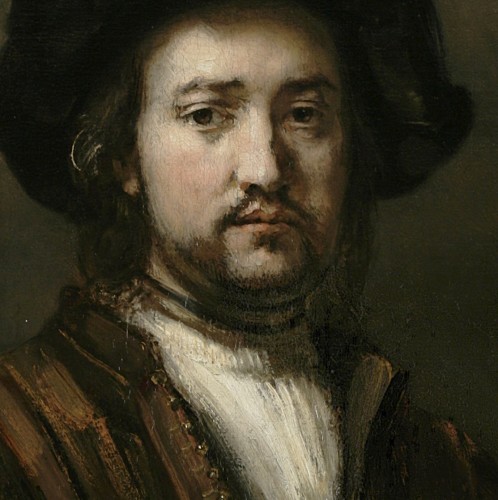