Last Thursday, at an awards ceremony held at Museum Boijmans Van Beuningen, the chairman of the Dutch Museum Association presented the Turing Award II to the Stedelijk Museum Alkmaar for the exhibition plan “Painting Beauty. Caesar van Everdingen (1616-1678)”, that will be held in the fall of 2016. The museum received a grant of 150.000 euros. The Turing Foundation aims to support Dutch museums in realizing a dream exhibition. A total of 25 Dutch museums presented plans. For the Turing Award II the Bonnefanten Museum in Maastricht and the Stedelijk Museum Alkmaar were nominated. The Fries Museum won the Turing Award I with an exhibition plan on Sir Lawrence Alma-Tadema.

In the fall of 2016 the museum will present the first ever retrospective of this most distinguished of Dutch Classicists. Exactly four hundred years after Caesar’s birth his work—including loans from numerous museums worldwide and never before exhibited paintings from private collections —will be brought together in the town where the artist was born, raised and died. Especially for the exhibition two of Caesars monumental Alkmaar militia paintings will be restored and researched.

"A grand and ambitious plan launched on Caesar van Everdingen, on the occasion of the 400th anniversary of this little-known but very intriguing and wonderful 17th-century painter. The exhibition will take place in his hometown Alkmaar. Besides the 11 works present in the museum collection, an impressive list of 30 loans will be added. The exhibition will give an elaborate overview of the work and the specific qualities of Caesar van Everdingen. With an impressive catalog, restoration of two militia pieces especially for this occasion and an extensive fringe program the Stedelijk Museum Alkmaar deserves praise for this exhibition plan.”

About the Turing Award

The Turing Award is a biennial award for the best exhibition plan of a Dutch museum. It was awarded three times before: in 2009 to the Stedelijk Museum Amsterdam, in 2011 to the Hague Municipal Museum, and in 2013 to the Museum Boijmans Van Beuningen.

For more information on the exhibtion see the Museum’s website (in Dutch) or the exhibtition’s page on CODART. 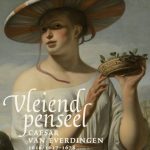 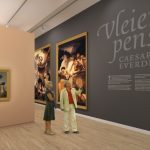