Christie’s confirms it has delivered a preliminary report on its valuation project at the request of the Emergency Manager of the City of Detroit. This report summarizes the scope of work set by the City, Christie’s process for conducting the appraisal, and a preliminary aggregate valuation range based on fair market value. Eleven works on display in the galleries account for 75% of the total value of the COD purchased objects. These works include the famous Wedding dance by Pieter Bruegel the Elder.
Please find parts of the press release by Christie’s and the DIA’s reaction below.

From the Christie’s press release, 4 December 2013

In addition to the preliminary valuation, Christie’s is recommending five options for alternatives to sale that would allow the City to gain value from the collection while keeping it intact. A full report inclusive of the valuation and proposed alternatives to sale will be presented to the Emergency Manager the week of December 16th and made available to the public.

“Christie’s has valued only those parts of the collection that the City asked us to, and within the timeframe requested. These city-owned works account for less than 5% of the DIA’s total collection of 66,000 works. The fair market value estimate range is $452-$866 million. We have also proposed five possible ways in which the art need not be sold but used as a means to allow the DIA to raise funds to assist the City. As this process moves forward, we trust our findings will provide a useful foundation for the City to engage in further discussion with the creditors and the DIA, and for all parties involved to make informed decisions about best use of the City’s assets,” said Doug Woodham, President, Christie’s Americas.

Statement by the Detroit Institute of Arts, 4 December 2013

The DIA continues to maintain its position that the museum collection is a cultural resource, not a municipal asset, and consequently has no comment on the preliminary evaluation report issued by Christie’s in response to the request from the Emergency Manager of the City of Detroit. The Museum would like to draw attention, once again, to the formal opinion issued by the Attorney General of the State of Michigan that the Museum and the art collection are held in trust for the people of the City of Detroit and State of Michigan. The collection’s true value is in the education and enjoyment of the public. The DIA remains an essential anchor institution in the revitalization of Midtown Detroit and is critical to continued economic growth and community development in Detroit and beyond. The DIA remains hopeful that the Emergency Manager will, consistent with the City’s fiduciary duty as a public trustee, continue to protect the Museum and the collection and oppose any attempts to force a sale, despite the position that some creditors have taken in a recent bankruptcy court filing. However, if the collection is jeopardized, the DIA remains committed to taking appropriate action to preserve this cultural birthright for future generations. 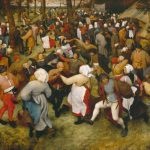