Illuminare, which celebrates its 30th anniversary this year, focuses on the contextual meaning and reception history of Early Netherlandish art, technical research, the conservation and cataloguing of illuminated manuscripts and the iconology of the Middle Ages from an interdisciplinary perspective (Iconology Research Group).

The Illuminare website also brings the RICH project to your attention. RICH stands for Reflectance Imaging for Cultural Heritage and aims to create a unique digital imaging tool for researching, studying and exploring technical characteristics of art and library materials created in the Low Countries in medieval and early modern times.

Illuminare organizes various exhibitions both in Belgium and abroad. Amongst the most recent are Hieronymus Cock – The Renaissance in Print (2013, M – Museum Leuven and Fondation Custodia, Paris) and The Magnificent Middle Ages (2013, Museum Plantin-Moretus, Antwerp). You can read about the past and forthcoming exhibition projects on the new website. 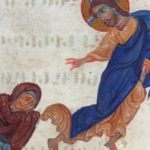 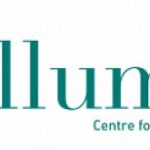