From 28 September An Van Camp will be the Christopher Brown Assistant Keeper of Northern European Art at the Ashmolean Museum of Art and Archaeology at the University of Oxford. She will be curator of the Dutch, Flemish and German collections, including paintings, prints and drawings. She has also been elected Fellow of St Cross College in Oxford.

Born and bred in Antwerp, An studied History, Archaeology, Art History and Museum Studies at the University of Leuven and at University College London. She joined the Department of Prints and Drawings at the British Museum in 2006 as Cataloguer of the Dutch and Flemish Prints during which she created almost 15,000 records for the Museum’s online database. In 2010 she was appointed Assistant Keeper of Dutch and Flemish Drawings and Prints at the British Museum during which she curated two displays: Preparatory Drawings by Adriaen van Ostade and David Teniers the Younger (2010) and Printed Paintings: Etchings by Hercules Segers (2012). For the past two years she was also Lead Curator of the Asahi Shimbun Displays at the British Museum, completing seven Object in Focus shows. Most recently she co-curated a major exhibition, Drawing in Silver and Gold: Leonardo da Vinci to Jasper Johns, which is currently on show at the British

In 2013 An won the Christoffel Plantin Prize. She has been a member of CODART since 2010 and a member of its program committee since 2011. CODART whishes to congratulate An Van Camp on her appointment. 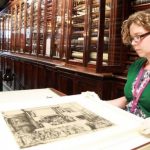 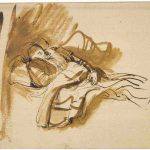