James A. Welu, director of the Worcester Art Museum for more than 24 years, today announced that he will step down.

The museum’s board of trustees has hired a national search firm to assist in the selection of Welu’s successor for the 114-year old institution. Welu will remain as director during the search process, and serve in a newly-created position of director emeritus after the new director has been installed.

Born in Dubuque, Iowa, Welu began his career as an artist and taught studio art in college before pursuing further studies in art history. He holds a BA from Loras College, an MA and MFA in studio art from the University of Notre Dame, a PhD in art history from Boston University, and honorary degrees from the College of the Holy Cross (2008), Loras College (2009), and Clark University (2010). A specialist in 17th-century Dutch and Flemish art, Welu has published and lectured widely and organized a variety of exhibitions. 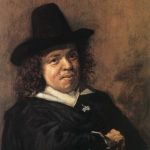