The Minister of Culture, Ángeles González Sinde, announces the discovery of this work and her intention that it should be acquired by the Museo del Prado.

The Wine of Saint Martin’s Day (glue-size tempera on linen, 148 x 270.5cm, ca.1565-1568) is a previously unknown work by Pieter Bruegel the Elder, the key figure within 16th-century Flemish painting. It has been attributed to the artist by the Museo del Prado following several months of study and the restoration of the painting at the Museum. The Museum now has an advantageous option to purchase the painting and benefits from the support provided by the favorable reports issued by the Standing Committee of the Royal Board of Trustees and the Export Licensing Committee, in addition to the support expressed today by the Minister.

The work was first recognized as possibly by Pieter Bruegel three years ago by CODART’s board member Manfred Sellink, director of the Musea Brugge and author of Bruegel: The complete Paintings, Drawings and Prints. He saw it in a Spanish collection and realized it was “very close to Bruegel”. He advised the owner to have it examined. The owner contacted the Prado, that undertook the examination and restoration. 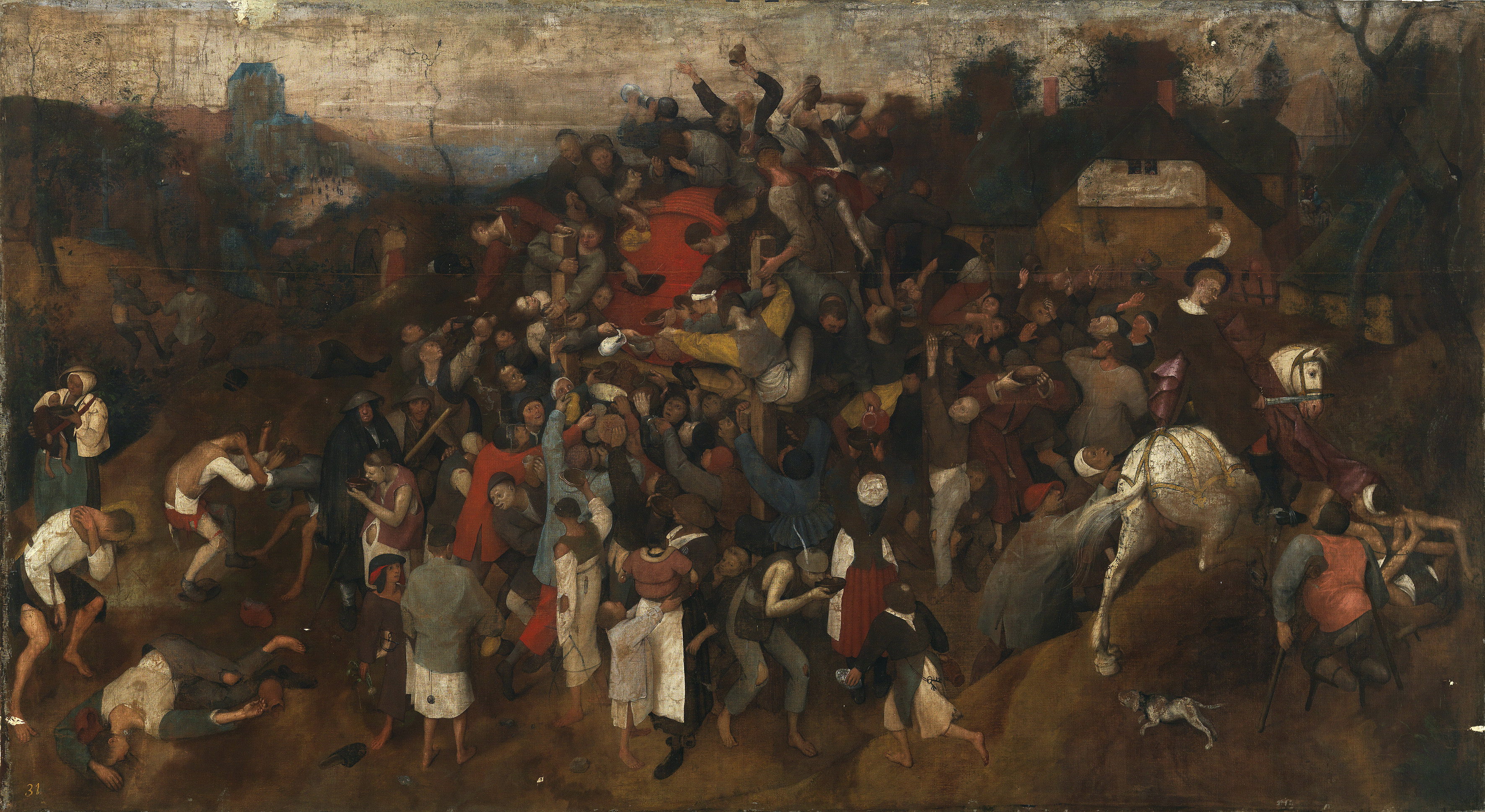 From the museum’s press release, 24 September 2010

The reappearance of this painting can be considered a major discovery for the history of art. Pieter Bruegel the Elder, the “new Bosch” as he was known in his day, is the most important figure within 16th-century Flemish painting. Celebrated in his own lifetime, following his early death in 1569 his small output (of which only works executed in the decade between 1557 and 1568 now survive) was obsessively pursued by collectors.

The identification of The Wine of Saint Martin’s Day as a work by Pieter Bruegel the Elder is one of the most important discoveries of recent years with regard to the work of this great painter, who surpassed even Quintin Massys and Joachim Patinir, with whom he formed the group of the three leading Flemish painters of the century. This is a unique work, both regard to its subject and the way in which Bruegel resolved the composition. This fact, combined with the very small number of surviving autograph works by the artist (numbering forty prior to the reappearance of the present painting) means that its discovery is of exceptional importance and international interest.

The Wine of Saint Martin’s Day, currently owned by a private Spanish collection, could soon join the collection of the Museo del Prado following the announcement of its discovery, formalized today by the Ministry of Culture, and given the possibility of embarking on the administrative procedures relating to the right to purchase option that was agreed by the Museum when it undertook the study and restoration of the painting, through the mediation of Sotheby’s.

With the present acquisition, the Museo del Prado would double the number of known works by the artist in Spain, the other being The Triumph of Death also in the Prado (cat. 1393, Museo Nacional del Prado. Oil on panel, 117 x 162 cm.; ca. 1562), which is a masterpiece by the artist that was previously in the Spanish royal collections. The Wine of Saint Martin’s Day now joins the very small group of works by Pieter Bruegel the Elder that are accepted as autograph, most of them being signed (see Bruegel: The complete Paintings, Drawings and Prints, Manfred Sellink, 2007).