Several Dutch newspapers reported this morning that the Rijksmuseum and the Dutch government have come to an agreement regarding the purchase of two early portraits by Rembrandt. A spokesperson of the Ministry of Education, Culture and Science stated the government would contribute half of the asking price, leaving the other half of  the required 160 million euro’s for the Rijksmuseum to raise.

The paintings are a pair of wedding portraits which show Maerten Soolmans and Oopjen Coppit and date from 1634. The portraits were once in Dutch possession until they were sold to Gustave de Rothschild by the Van Loon family in 1877. Wim Pijbes, director of the Rijksmuseum, explained to a Dutch radio station in August: “The Netherlands held a kind of sale then, unfortunately. Much went abroad at that time and occasionally the works end up on the market.” He added that the Rijksmuseum would make a serious effort to acquire the works.

Update: The Netherlands and France will jointly acquire the two portraits by Rembrandt

Information from the joint statement on the purchase, 30 September 2015

Ministers of Culture Jet Bussemaker and Fleur Pellerin have been working closely for several months to secure this agreement, through which the two paintings will be exhibited together, alternatively in the Rijksmuseum and the Louvre. The owners of the works have confirmed their agreement for this joint acquisition. The ministers thank them warmly.

Jet Bussemaker and Fleur Pellerin are delighted to enforce this very meaningful initiative, which offers a solution to the common political and cultural goal they had set to achieve: guarantee that both paintings stay on European soil, in The Netherlands and France and, and are shown to the public in two of the most illustrious museums of the world. 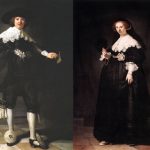 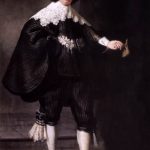 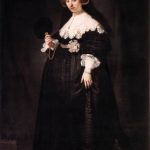