Dutch Minister of culture agrees to keep Rijksmuseum Twenthe open if parliament desires it. All political parties but one (PVV) are in support of keeping the Rijksmuseum Twenthe open. This will in all likelihood mean that the parliament will agree with additional financial means for the museum, to repair part of the severe budget cuts the previous Secretary of culture Halbe Zijlstra imposed on the museum.

The budget cuts were part of the Dutch cultural policy for the years 2013-2016. Other museums were faced with cutbacks as well, but Rijksmuseum Twenthe was affected particularly severe. The former Secretary of culture classified the museum and its collection as not having enough national significance.

From 20-22 March 2011, Rijksmuseum Twenthe hosted the CODART congress. Circa 100 curators from all over the world enjoyed the museum and collections and the exhibition Nicolaas Verkolje (1673-1746): the velvet touch, that partly was the occasion of bringing the congress to Enschede. CODART is happy that the Rijksmuseum Twenthe has succeeded to stress its importance and hopes that the parliament decides to keep the museum open. 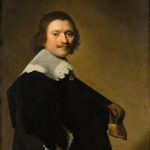 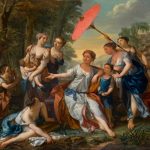