Today, Hubert Vreeken, CODART member and curator of sculpture and applied arts at the Amsterdams Historisch Museum, successfully defended his dissertation in the aula of the University of Amsterdam. His dissertation entitled ‘Bij wijze van museum’. Oorsprong, geschiedenis en toekomst van Museum Willet-Holthuysen, 1853-2010 (‘A museum so to speak’. The origins, history and future of the Museum Willet-Holthuysen), explores the fascinating history of the canal house-museum in Amsterdam.

In 1895 Louisa Willet-Holthuysen (1824-1895) left her house at 605 Herengracht, its contents and the art collection of her husband Abraham Willet (1825-1888) to the city of Amsterdam on the condition that it would become a museum bearing their name. The Museum Willet-Holthuysen opened its doors a year later, and began to follow what would become a mutable path. Hubert Vreeken conducted research on the museum and was particularly struck by the negative image the museum, the collection and the couple had during the larger part of the 20th century. This is in stark contrast to the appreciation Willet enjoyed during his lifetime for his activities in the cultural sphere, and the high esteem accorded his collection.

Vreeken forwards a number of reasons for this 20th-century aversion: a general dislike of the 19th century; changing tastes in museology; and a novel by Frans Coenen, the museum’s first curator, which placed it in an unfavourable light. Renewed interest in the museum’s 19th-century character began to take shape only in the last decades of the 20th century. This fits in with the growing interest at home and abroad in the history of collecting and museums, particularly house-museums and museums originating from private collections. 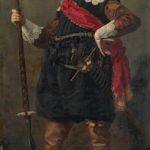