In 2013 Huygensmuseum Hofwijck, the country house of Constantijn and Christiaan Huygens in Voorburg near The Hague, will be renovated into The New Hofwijck. A more beautiful and more complete museum for young and old, the national historic museum of the Dutch Golden Age in a nutshell.

Scientist and astronomer Christiaan Huygens who lived and worked in Hofwijck during the last seven years of his life will return to the house. The museum’s attic is going to be transformed into Christiaan under the stars (Christiaan onder de sterren). Children as well as adult visitors will be enabled to make discoveries and inventions of their own just like Christiaan himself did. In a new presentation on Constantijn, The Golden Age of Constantijn (De Gouden Eeuw van Constantijn) the focus will be on themes such as his fascinating personal life, his relation to the family of Orange-Nassau, politics, music, architecture and of course art.

In order to be able to renovate the museum and bring back the original atmosphere of the house the museum offices will be moved from the attic of the house to the attic of the gatehouse at the entrance of the garden. On the first floor of the gatehouse, high-end meeting facilities will be created. The ground floor of the Hofpoort, the gatehouse’s new name, will be extended with two small wings to house the new visitors’ entrance, the ticket office, a small museum shop and the café. Using the gatehouse as the new visitor’s entrance will change the concept of the museum. Where it used to be a very small museum in a nondescript park, it will become a country estate consisting of a remarkable garden – reconstructed in 2005 according to Constantijn’s original plans – and a house that retains much of its seventeenth-century character.

According to the directors of the museum, Peter van der Ploeg and Janelle Moerman, these changes are necessary in order to withstand the severe budgetary cutbacks being introduced by the Voorburg town council in the near future. Hofwijck will have to find a way to compensate subsidiary cutbacks of up to 40% from 2015 onwards. To compensate for these drastic cutbacks the museum is starting out on the road of cultural entrepeneurship. Hofwijck’s new concept will give it a stronger position in the Dutch museum landscape.

Substantial funds are needed for this transformation. Applications have been submitted to a number of sponsors. At this stage, the Stichting Diorapthe, the Prince Bernhard Cultural Fund and the Leidschendam-Voorburg town council have already reacted favourably. 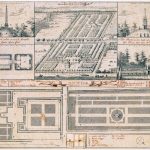