Janrense Boonstra (55) has been appointed as director of the Rembrandt House Museum by the Supervisory Board. He succeeds Ed de Heer, who retired as director on 1 May. An art historian, Boonstra has had considerable experience of museums: between 1979 and 1992 he held various positions at the Anne Frank Foundation and headed the museum from 1988 to 1992. Since 1994 he has been the director of the Bible Museum in Amsterdam. During that time he built up an extensive national and international network. Issues of importance to the Rembrandt House, among them education and the promotion of the collection to a wide audience, are high on his future agenda. Janrense Boonstra will take up his appointment on 1 August.

Janrense Boonstra’s appointment by the Supervisory Board follows a recommendation by a selection committee consisting of Dr Peter Schatborn (former head of the Rijksprentenkabinet) and Leo Cornelissen (former alderman for culture for Amsterdam), both members of the Supervisory Board, under the independent chair Annemarie Vels Heijn, formerly director of presentations at the Rijksmuseum and director of the Netherlands Museums Association. An advisory committee made up of members of the museum’s staff was involved throughout the process.

The Supervisory Board is delighted that Janrense Boonstra is willing to take on the management of the museum. He mounted a series of successful exhibitions for the Bible Museum, including Rembrandt and the Bible: the complete etchings (catalogue: Uitgeverij Waanders, 2006), Max Beckmann, lithographs made In exile (catalogue: Uitgeverij Waanders, 2007) and Giotto in Amsterdam . As museum manager he successfully oversaw the full-scale restoration of the Cromhouthuizen, the home of the museum, and succeeded in attracting a growing international public to the Bible Museum as a place where the Bible, art and culture come together.

Janrense Boonstra is enthusiastic about his appointment. ‘I have seen the Rembrandt House increasingly shift its focus, staging excellent exhibitions with strong public appeal. Steering the future development of the museum in a positive and effective manner is a challenge that I accept with a great deal of pleasure.’

Departure
Ed de Heer was director of the Rembrandt House Museum for more than seventeen years. The expansion of the museum and the reconstruction of Rembrandt’s house were achieved under his leadership. He also staged a series of successful exhibitions that brought the museum an international reputation. With 220,000 visitors last year, the Rembrandt House is now one of the most visited museums in Amsterdam. Ed de Heer’s testimonial exhibition Old Loves, New Ways (contemporary European prints) will open on Friday 4 September. 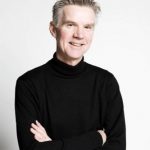