Jennifer Scott has succeeded Alexander (Xa) Sturgis as Director of the Holburne Museum.

Jennifer comes from Royal Collection Trust where she has been a curator since 2004. Prior to this she worked at the National Gallery, London and National Museums, Liverpool. Jennifer has curated a number of major exhibitions for The Queen’s Galleries in London and Edinburgh, The Bowes Museum County Durham and The Royal Museum of Fine Arts, Brussels.

Jennifer gained her BA and MA at the Courtauld Institute of Art in London. Her publications include books on Royal Portraiture and Dutch and Flemish Art. Jennifer became a welcome and familiar face when she worked with the Holburne team on one of the Museum’s most popular exhibitions Rembrandt and his Contemporaries: Paintings from the Royal Collection in 2013.

Richard Fleck, Chairman of the Holburne Trustees said: ‘We are delighted to announce Jennifer’s appointment as Director of the Holburne Museum. Jennifer has the energy, imagination and leadership to succeed Xa Sturgis and ensure the continued success of the Museum as it moves to the next stage of its development.’

Jennifer Scott said: ‘After ten happy years at Royal Collection Trust, I am excited to be appointed as Director of the Holburne Museum. Xa Sturgis has led the museum with ambition and flair through its spectacular renovation. I look forward to working with the team of staff, volunteers and trustees to continue this momentum, building on the Holburne’s reputation for cultural excellence.’ 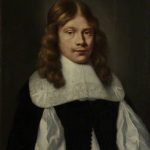