Yesterday it was announced that from 1 August onwards, CODART-member Kris Callens will become the director of the Fries Museum, the Princessehof Museum of Ceramics and the Frisian Resistance Museum.

As head of collections and presentations of the Zuiderzee Museum, Callens is since 2009 responsible for the overall collections strategy and museum program. Before this, he worked as curator of exhibitions for the Rijksmuseum, where he organized several exhibitions. Kris Callens is a member of CODART since 2006.

Information from the press release, 8 June 2015

The museums’ Supervisory Board is delighted with the appointment. Chairman Kees Storm, ‘Kris Callens brings extensive experience and we expect a lot from him. We welcome a fresh approach, towards the opportunities that are to be had from Leeuwarden being the European Capital of Culture in 2018, as well as his fruitful input for the exhibition on Sir Lawrence Alma-Tadema in 2016. He can build on the successes of his predecessor Saskia Bak. We look forward to a future with Kris at the

Kris Callens was Head of Collections & Presentations at the Zuiderzee Museum from 2009. In this function he brought together the visitors and the collection, material and immaterial culture, cultural history and creative industries, and physical and digital forms of presentation. Accessibility for tourists, families and connoisseurs has always been the priority. Callens studied art history in Leuven and Berlin. From 1999 to 2003 he produced exhibitions and publications in Antwerp and Leuven. After that, he was artistic director of the city art festival Mechelen 2005, including several exhibitions, performance arts and socially engaged projects. From 2006 to 2009 he was curator of exhibitions and responsible for national and international presentations for the Rijksmuseum, including Hero (in conjunction with the Nieuwe Kerk Amsterdam), and For the Love of God by Damien Hirst.

Kris Callens on his appointment: ‘I’m really looking forward to committing myself to these excellent museums and working with an effective and motivated team. As a new member of the Frisian community, I want to help raise the national and international profiles of Leeuwarden and Friesland so they will be the cultural centres of the northern Netherlands in the coming years, in 2018 and thereafter.’

The Princessehof National Museum of Ceramics has an exceptional collection of Asian and European ceramics, which tells the history of the East and West, and their interactions. The museum’s exhibitions are widely praised, and the major exhibition later this year about ceramics being a mirror of the twentieth century will certainly enhance its reputation.

In its brand new building in the heart of Leeuwarden, the Fries Museum (‘Frisian Museum’) exhibits the finest silver, famous Frisian freedom fighter Grutte Pier’s sword and Mata Hari’s scrapbooks alongside contemporary art and slow design that is robust and sustainable with an eye for tradition and craftsmanship. The museum won the 2015 national BankGiro Lottery Museum Prize. In 2016, the museum will hold a major international exhibition on Sir Lawrence Alma-Tadema. Earlier this year, the plan received the Turing Prize,a biannual award presented by the Turing Foundation for the best exhibition proposal in the Netherlands. In 2017 and 2018, major exhibitions about Mata Hari and M. C. Escher will follow. The Fries Verzetsmuseum (‘Frisian Resistance Museum’) is a highly valued division of the Fries Museum. 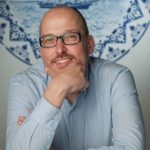 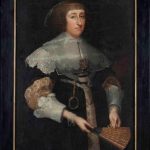