DeWitt has served since 2011 as Curator of European Art at the Art Gallery of Ontario. He is best known as a respected curator and scholar of 17th-century Dutch art, his interests range broadly, from African art to 20th-century Canadian art to nonprofit management. In his four years at Art Gallery of Ontario, he brought in highly successful exhibitions of Michelangelo and Turner. He also filled the roles of Curator of African and Oceanic Art and Manager of the AGO Library and Archives.

DeWitt also worked for ten years at the Philadelphia Museum of Art (PMA). There, he served as assistant, then Associate Curator of the John G. Johnson Collection. Among the exhibitions DeWitt mounted at PMA was 2011’s Rembrandt and the Face of Jesus. Organized with the Detroit Institute of Arts and the Musée du Louvre, the international show was popular at all venues and broke several attendance records.

DeWitt is widely published on Holland’s Golden Age of painting, particularly on Rembrandt and Jan Lievens, but also on earlier Netherlandish painting, Italian masters, 19th- and 20th-century European painters, and Canadian artists. He has received national awards and fellowships and currently serves on the board of the Historians of Netherlandish Art. He has lectured widely in North America and Europe. 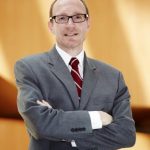 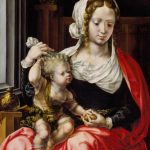