The decision of the Louvre to move its artworks from their current storage in the museum’s basement to a new storage facility in the small city of Liévin near Lens has been met with criticism. Although there are many valid reasons for moving the works of art away from the potential dangers of the Seine flooding the city, opponents feel that alternatives in the vicinity of the capital have not been fully examined. In contrast, the museum argues that a storage facility in the suburbs of Paris is far more expensive than housing the collection 200 kilometers up north.

A petition was started in an effort to convince the President of France of the serious consequences the move will have on the thousands of objects. For an extensive article on the subject please see La Tribune de L’Art (in French). The petition can be read and signed at chance.org (in English and French). 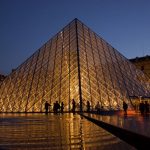