The supervisory board of Museum Gouda appointed Marc de Beyer, currently Head of Cultural Heritage in Churches and Convents of Museum Catharijneconvent in Utrecht, as its new Director. De Beyer has worked for the Utrecht Museum since 2009. Before he was the Deputy keeper of the Royal Collection in The Hague.

In February 2017, Marc De Beyer will succeed Gerard de Kleijn, who recently announced his departure as Director of Museum Gouda after six years. 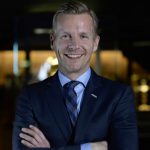