The preliminary design for the 22 million euro project ‘Mauritshuis building for the future’ was unveiled on 22 June 2010. The ambitious design links Plein 26, the art deco building opposite the Mauritshuis in The Hague which is part of the Nieuwe of Littéraire Sociëteit de Witte, with the museum by means of an underground foyer, thus doubling the square footage and increasing its potential. The project is expected to be completed by mid 2014.

Eminent Dutch architect Hans van Heeswijk’s preliminary design, in which light and clarity are prominent, does justice to the international status of the Mauritshuis. The facilities will be expanded to include a new exhibition hall, an auditorium for lectures and conferences, and an education space. A new entrance will be created at the front of the building so visitors will fully appreciate its elegant façade. The shop and the café will also be refurbished.

‘Mauritshuis building for the future’ will increase public access to the best of Golden Age Dutch painting by creating more space and new opportunities. Emilie Gordenker, Director of the Mauritshuis: "The extension will prepare the museum for the requirements and demands of the twenty-first century, while retaining its characteristically intimate ambience."

The budget for the project is 22 million euros. The extension to the Mauritshuis has been made possible thanks to support from the Dutch Ministry of Education, Culture and Science, the BankGiro Lottery, touring exhibitions, private individuals, funds and institutions.

A city palace designed by Jacob van Campen, the Mauritshuis was built in the seventeenth century next to the Hofvijver in the heart of The Hague. Almost 400 years later, the Mauritshuis is a museum of international excellence. The renowned collection of seventeenth century Dutch and Flemish masters attracts more than 200,000 visitors annually from all over the world.

Film about the preliminary design 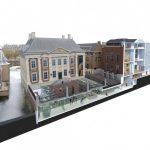 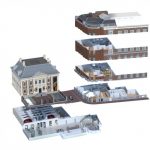 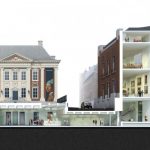 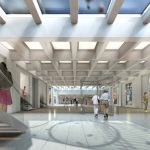