One of the world’s most celebrated museums, the Mauritshuis in The Hague, home of Vermeer’s masterpiece Girl with a Pearl Earring, will open on 27 June 2014 following a major renovation.
Described as ‘a jewel box’, the Mauritshuis is one of the most beautiful small museums in the world with a unique lakeside location in the heart of The Hague, the historic city that is home to the Dutch Parliament and Royal Family.
The reopening provides an opportunity for a major re-presentation of the museum’s world-famous collection of Dutch art including Rembrandt’s Anatomy Lesson, Carel Fabritius’ The Goldfinch and Jan Steen’s As the Old Sing, So Pipe the Young. The museum features two great works by Vermeer, Girl with a Pearl Earring (c.1665) and View of Delft (c.1660 – 1661), and is the ideal starting point for the ‘Vermeer Trail’ which includes key locations associated with the artist.

The museum’s historic 17th century building has been painstakingly renovated and upgraded to meet the needs of the 21st century visitor. Many of the building’s original features and colour schemes have been faithfully restored and renewed.

A major feature of the development is the opening of the new Royal Dutch Shell Wing on the adjacent site which doubles the museum’s existing floor space and is linked to the historic building by a new light-filled underground foyer. The new wing provides new exhibition galleries, an education centre, a cafe and other modern visitor facilities.

The Mauritshuis is one of the most beautiful examples of Dutch Classicist architecture. It was built for and named after Count Johan Maurits van Nassau-Siegen between 1636 and 1644, the period when he was the governor of the Dutch colony in Brazil. In 1820, the Mauritshuis was bought by the Dutch state for the purpose of housing the Royal Collection of Paintings. The Mauritshuis opened as a museum in 1822.

The architects for the Mauritshuis project are the Amsterdam-based practice, Hans van Heeswijk Architects. 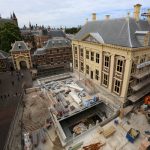 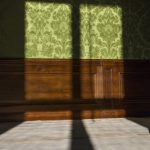