Press release from the museum:

For the first time in The Netherlands, the appointment of a museum curator will be made possible by a private donor. With a major gift for a period of eight years, starting on April 1st 2011, Mr J.G. van Oord Jzn. will enable Museum Catharijneconvent in Utrecht to focus on exhibitions and research of art works with a specific protestant background. A so-called ‘endowed curatorship’ is relatively common in the United States, and often enables museums to finance the development of expertise into specific areas.

Mr. J.G. van Oord Jzn. has had a warm and longstanding relationship with Museum Catharijneconvent. He lives close to Utrecht, and is a frequent visitor of the museum. "Financial support is essential for museums. Of course, I could have supported the museum with a donation in my will, but isn’t it much nicer to give with a warm hand, already during my lifetime? Museum Catharijneconvent is an institution which collects and exhibits Christian works of art, often beautiful art objects with a significant importance to the Dutch national heritage. That appeals to me. I noticed however, that the visibility of the protestant collections in the museum could use some reinforcement. The J.G. van Oord Jzn. Curator will concentrate specifically on this area of expertise."

Ruud Priem, artistic director Museum Catharijneconvent, adds: “In addition to collections with a Roman Catholic and Old Catholic background, the museum exhibits the most important collection of Protestant art in The Netherlands. We share the opinion of Mr. Van Oord that our rich holdings in this field deserve extra attention. The appointment of the J.G. van Oord Jzn. Curator, will make this possible. Already this fall, a preliminary result will be the refubishment of one of our exhibition rooms. Our Protestant collections also form the nucleus of a series of exhibitions in the coming years, culminating in a major show to commemorate the 500 year anniversary of the Reformation in 2017. The collaboration between Museum Catharijneconvent and Mr. Van Oord has been established according to the ICOM-code.

Ms. Tanja Kootte MA has been appointed as first J.G. van Oord Jzn. Curator. General director Marieke van Schijndel explains: "Ms. Kootte is specialized in the (cultural) history of Protestantism in The Netherlands and has published widely on the subject. She is extremely pleased to be able to intensify her work on this in the next few years." Tanja Kootte studied history and art history at the University of Leiden, and has a protestant religious background herself. Van Schijndel adds: "The museum needs to raise additional (non-governmental) funds to uphold the quality of our work. We are very grateful to Mr. Van Oord for his gift, since nowadays, common knowledge about Christian art and heritage in our society cannot be taken for granted. We hope Mr. Van Oord’s example inspires others to follow suit.” 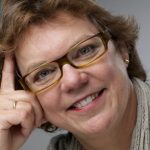 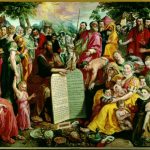