Born in London in 1593, Cornelis Jonson van Ceulen was the son of Cornelis Jonson of Antwerp and Jane Le Grand, who had fled to London to escape religious persecution. His grandfather Peter Jonson originally came from Cologne, so the family often used the name Jonson van Ceulen (i.e. Jonson from Cologne). Cornelis Jonson probably trained as a painter in the Northern Netherlands, returning to London c. 1618. In England for the next 25 years, he executed a large number of portraits for the higher social circles inspired by Anthony van Dyck. At the start of the Civil War in 1643, Jonson van Ceulen left England, settling first in Middelburg. In 1646 he was living in Amsterdam while he painted a large group portrait of the Magistrates of The Hague (1647, The Hague, Oude Stadhuis). In subsequent years he painted portraits of the citizens of various Dutch cities, including Middelburg, suggesting that he led an itinerant life for some time. His final place of residence was probably Utrecht where he realized the present portrait.

Signed and dated 1657, the three-quarter-length portrait of IJsbrand van Diemerbroeck is typical of the artist’s Dutch period during which Cornelis Jonson brought his personal style to perfection. The uncommon and entirely idiosyncratic blue background, typically used by the artist during this period, and the elegance and the accurate rendering of the sitter’s features as well as the plain black clothing of the sitter are notable.

Born in 1609, IJsbrand van Diemerbroeck became famous for his Treatise on the Plague, first published in 1646, in which he presented an eye-witness account of the pestilence epidemic which struck the Dutch city of Nijmegen during the years 1635-1637. This epidemic was one of the worst and longest-lasting in the whole of Dutch history, taking the lives of over 6.000 people, more or less half of the population of Nijmegen at the time. In his treatise, Van Diemerbroeck described 120 of his patients into very precise detail, proposing various treatments while critizing the medical malpractice of others. The high quality of his research ensured that Van Diemerbroeck’s treatise remained a fundamental and indispensible study well into the nineteenth century. It is still highly acclaimed by students of medical history today.
A first edition of the treatise was recently donated to the museum by the Friends of Museum Het Valkhof on the occasion of this acquisition.

The painting was acquired from art dealer Bob P. Haboldt & Co. (Paris & New York) at TEFAF 2010 with the support of the Rembrandt Society, the Friends of Museum Het Valkhof and the professors of medicine at Radboud University Nijmegen Medical Centre, who helped to secure this portrait of their illustrious predecessor for the city. 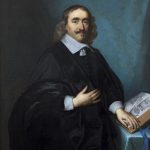 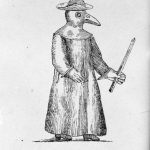 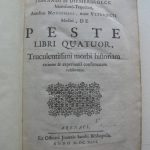