Information from the museum, 15 September 2015

Nationalmuseum’s collection of Baroque paintings has been enriched by a work by Flemish painter Thomas Willeboirts Bosschaert. The painting is an oil head study of a mischievous-looking boy with rosy cheeks and abundant curly blond hair, painted in the mid-1640s. Leaning back slightly, his head cocked to one side, the model meets the viewer’s glance with curiosity, but also with reserve. Probably, this is a so-called tronie, a preparatory study intended to be used for many different compositions. The boy was, for example, used as a model for the god of love in the allegorical painting of Amor Triumphant Amongst the Emblems of Art, Science and War, painted circa 1645 in collaboration with the still-life painter Paul de Vos. The latter work formed part of the art collection of Swedish Queen Lovisa Ulrika in the 18th century and now belongs to Nationalmuseum.

Thomas Willeboirts Bosschaert (1613-1654) was apprenticed to the history painter Gerard Seghers at Antwerp. In 1637 Willeboirts became a master in Antwerp’s Guild of St. Luke as was also awarded his citizenship. Shortly thereafter, he received an invitation by the city’s leading, internationally renowned painter Peter Paul Rubens, to collaborate on a series of paintings commissioned by the Spanish king Philip IV for his hunting lodge, the Torre de la Parada. Despite his close collaboration with Rubens, the most important source of inspiration for Willeboirts was the work of the younger artist Anthony van Dyck. Indeed, Willeboirts achieved great success with his own elegant painting in the spirit of Van Dyck. He received, among others, several large commissions from the Dutch Stadtholder at The Hague, Prince Fredrik Hendrik of Orange. Between 1642 and 1647, Willeboirts executed a series of 17 paintings with mythological subjects for the Stadtholder’s country residence, the Huis ten Bosch.

Study of a boy

Amor Triumphant represents the first occasion on which the boy’s head was employed as a preparatory study in Willeboirts’ production. While the pose and lighting have been retained in the larger work, the boy has now metamorphosed into a beautiful youth with golden locks. Already in the 16th century Frans Floris had used tronies in his extensive workshop production, but it was Rubens who reintroduced them as part of the creative process. Although often connected originally with specific paintings, they also formed an important part of the artist’s store of patterns. Kept in the studio for future use, they were frequently copied, both within and outside the studio, and were sold as independent works of art. Willeboirts’ charming head study of a boy soon became a favorite among his artist colleagues at Antwerp, who, like the artist himself often made use of it. The newly acquired work, previously owned by the Stirling family at Keir House in Scotland, is one of two known autograph replicas.

The acquisition was made possible by a generous contribution by the Friends’ Association of the Nationalmuseum. The Museum has no funds of its own for the acquisition of paintings and applied arts, and the collections grow through the gifts and funds made available by private individuals and foundations. 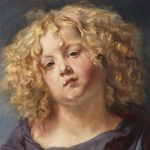 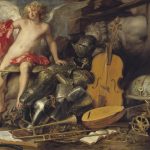