The Getty Foundation has awarded a substantial grant to the Nationalmuseum in Stockholm to perform in-depth research, including scientific examination, of its 1000-odd Netherlandish, Dutch and Flemish drawings of the 15th to the 18th century. 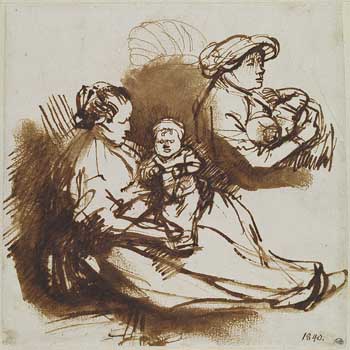 The Swedish National Museum of Fine Arts has received a grant from The Getty Foundation, Los Angeles, California, to support the preparation of a scholarly catalogue of its collection of 15th-18th-century Netherlandish, Flemish, and Dutch drawings. Founded in 1792, the Museum’s collections feature European paintings, drawings, and sculpture. Its collection of Netherlandish, Flemish, and Dutch master drawings, although numerically smaller than its holdings of Italian and French drawings, is exceptional in quality. The core of the collection –important drawings by Goltzius, Bloemaert, Rubens, Van Dyck, Jordaens, Rembrandt –comes primarily from two sources: the 18th-century private Swedish art collections of Count Carl Gustaf Tessin (1695-1770), son of the architect Nicodemus Tessin the Younger, and of Count Jacob Gustaf de la Gardie (1768-1842). Tessin was in Paris in 1741, when the famous collection of the financier Pierre Crozat was put up for auction, and was to be one of the principal buyers. De la Gardie met the great collector Albert of Saxony-Teschen in Vienna around 1800 and received a selection of works from his holdings as a gift on his returning to Sweden. Parts of two of the finest drawings collections ever assembled thus ended up in Swedish hands.

As part of the cataloguing project, each of the circa 1000 drawings will undergo detailed technical examinations, partly with the aid of false colour infrared imaging, x-ray flourescence spectroscopy, and Fourier transform infrared spectroscopy. This new technical material, together with information about earlier conservation treatments and an analysis of each work’s material structure and drawing technique, will be included in the catalogue entries, in addition to standard cataloguing and interpretive information. The resulting two-volume catalogue will represent the final volumes of the Museum’s series of catalogues of its collection of Old Master drawings, completing this long-term scholarly project. Grant funds will contribute to the costs of the technical examinations, research assistance, and the work of a consulting curator over a two-year period.