Jacquelyn N. Coutré arrived at Queen’s University in Kingston as the Agnes Etherington Art Centre´s new Bader Curator and Researcher of European Art. Before starting in Kingston she most recently worked as Allen Whitehill Clowes Curatorial Fellow at the Indianapolis Museum of Art and joined CODART as an associate member in 2014.

For more information about Coutré´s recent appointment as Bader Curator, see the press release below.

An expert in the art of Jan Lievens, Dr Coutré will work with the Agnes’s celebrated holdings of European art, which features the world’s largest concentration of paintings by this celebrated artist of the Dutch Golden Age. She holds a PhD from New York University and brings to the gallery thirteen years of museum experience garnered at the Metropolitan Museum of Art, New York; the National Gallery of Art, Washington, DC; and, most recently, the Indianapolis Museum of Art. An accomplished researcher and interpreter of the art of the Baroque period, Dr Coutré is particularly interested in the ways in which works of art reflect the social, political and economic realities of their time.

Dr Coutré is already busy with the collection, familiarizing herself with its character and researching potential acquisitions. She reflects on the possibilities before her, saying, “The Agnes offers an outstanding opportunity to produce intellectually robust exhibitions, publications, and dialogues focusing on European historical painting. The Bader Collection—Queen’s is the only institution in Canada with two Rembrandt paintings—has incredible potential to intensify student engagement with art. As an extension of this work, I’m eager to explore partnerships with other institutions in Canada and internationally to develop the profile of this singular group of paintings in relationship to other fine collections.”

About the Bader Collection

The Bader Collection comprises over 200 paintings spanning the 16th, 17th and 18th centuries, with a focus on Dutch and Flemish paintings of the Baroque era, including two character study paintings by Rembrandt. The collection, donated to Queen’s University by philanthropists Dr Alfred Bader and Dr Isabel Bader over the past four decades, includes paintings by Rembrandt’s associate Jan Lievens and major works by such important Rembrandt pupils as Govert Flinck, Willem Drost and Aert de Gelder. The quality of these works has brought international renown to the Agnes Etherington Art Centre. Paintings by El Greco, Dosso Dossi, Luca Giordano, Georg Pencz and Sebastien Bourdon represent other European schools at a similarly significant level. 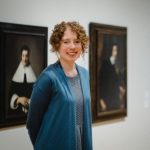 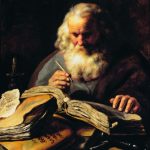