The National Museum of Art, Architecture and Design in Oslo opened its doors last weekend in a brand-new location. The new building houses the collections of five Norwegian art and design museums, making it the largest museum in the Nordic countries. More than 6,500 works, ranging from antiquity to contemporary acquisitions, are on display in a presentation that spans two floors and 86 rooms.

The building on the Oslo waterfront was designed by German architect Klaus Schuwerk and took eight years and $650 million to complete. 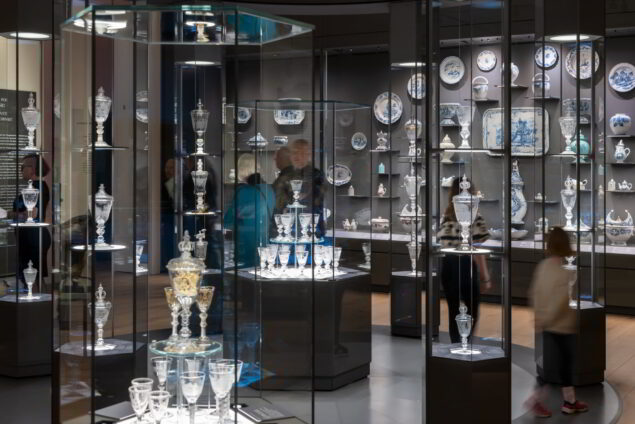 Chronologically arranged, the presentation shows in broad outline the history of the visual arts, design and crafts in Norway, together with major international works from the collection. Throughout the displays connections are established between the different areas of the collection, both within historical periods and across history. Objects on display include imperial Roman busts, the nearly one-thousand-year-old Baldishol Tapestry, porcelain from imperial China, Royal costumes and contemporary fashion, interiors and graphic design, and a collection of unique eighteenth century’s Norwegian glass goblets. 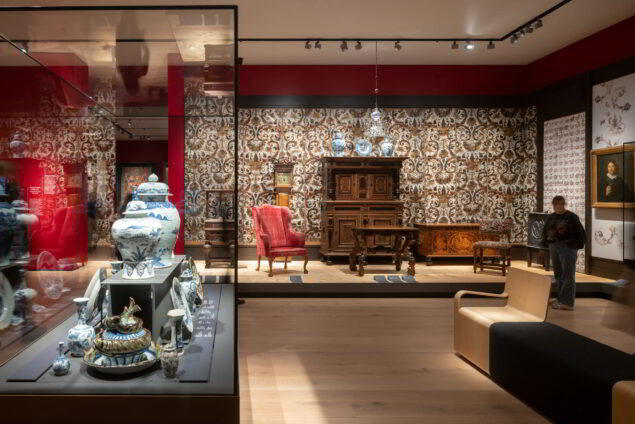 View of the permanent collection with a portrait by Bartholomeus van der Helst on the right. (Photo by National Museum Of Norway / Iwan Baan)

The galleries dedicated to visual arts are located on the second floor and include Dutch and Flemish landscape paintings and still-lifes from the seventeenth century, as well as landscape painting by Johan Christian Dahl, and works by Harriet Backer, Harald Sohlberg, and Kitty Kielland. One of the main attractions is the museum’s iconic collection of works by Edvard Munch, including The Scream. Other notable works in the collection include paintings by Pablo Picasso and an array of other influential twentieth century artists, such as Henri Matisse and Anna-Eva Bergman. 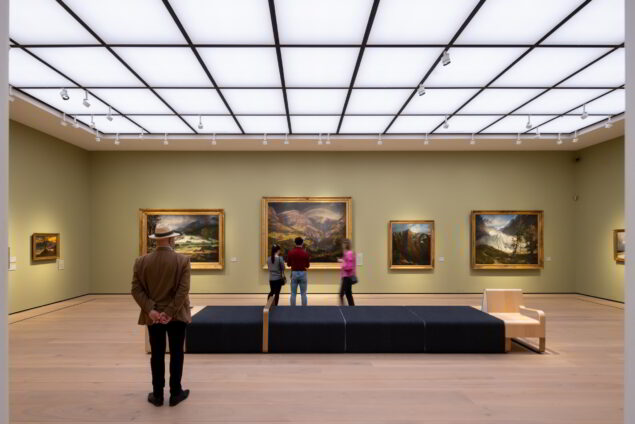 The museum also announced an extensive program of temporary exhibitions for its new galleries, including a show on Dutch and Flemish drawings from the period 1550–1640. From Bruegel to Rubens will open in Oslo in the summer of 2023 before traveling to Paris and Brussels.

For more information about the collection of Dutch and Flemish painting in the National Museum see this CODARTfeature by Cynthia Osiecki from April 2021.