In the first half of 2022 the newly-built National Museum of Norway will open to the public directly at the fjord in Oslo city centre. At the time of writing the construction work is nearing its end and the process of transferring artworks to the rooms will soon be under way. With this new museum, the collections of what were previously four different national institutions – encompassing the fine arts, decorative arts and design, architecture, and contemporary art – will now be exhibited under the same roof. Approximately 5,000 artworks, spanning a period from antiquity to the present day, will be on permanent display in 89 rooms divided over two floors. This entails moving a number of national treasures, including the twelfth-century Baldishol Tapestry, Edvard Munch’s The Scream from 1893, and international works such as Vincent van Gogh’s Self-Portrait from 1889 and Édouard Manet’s Portrait of Madame Manet from 1879. 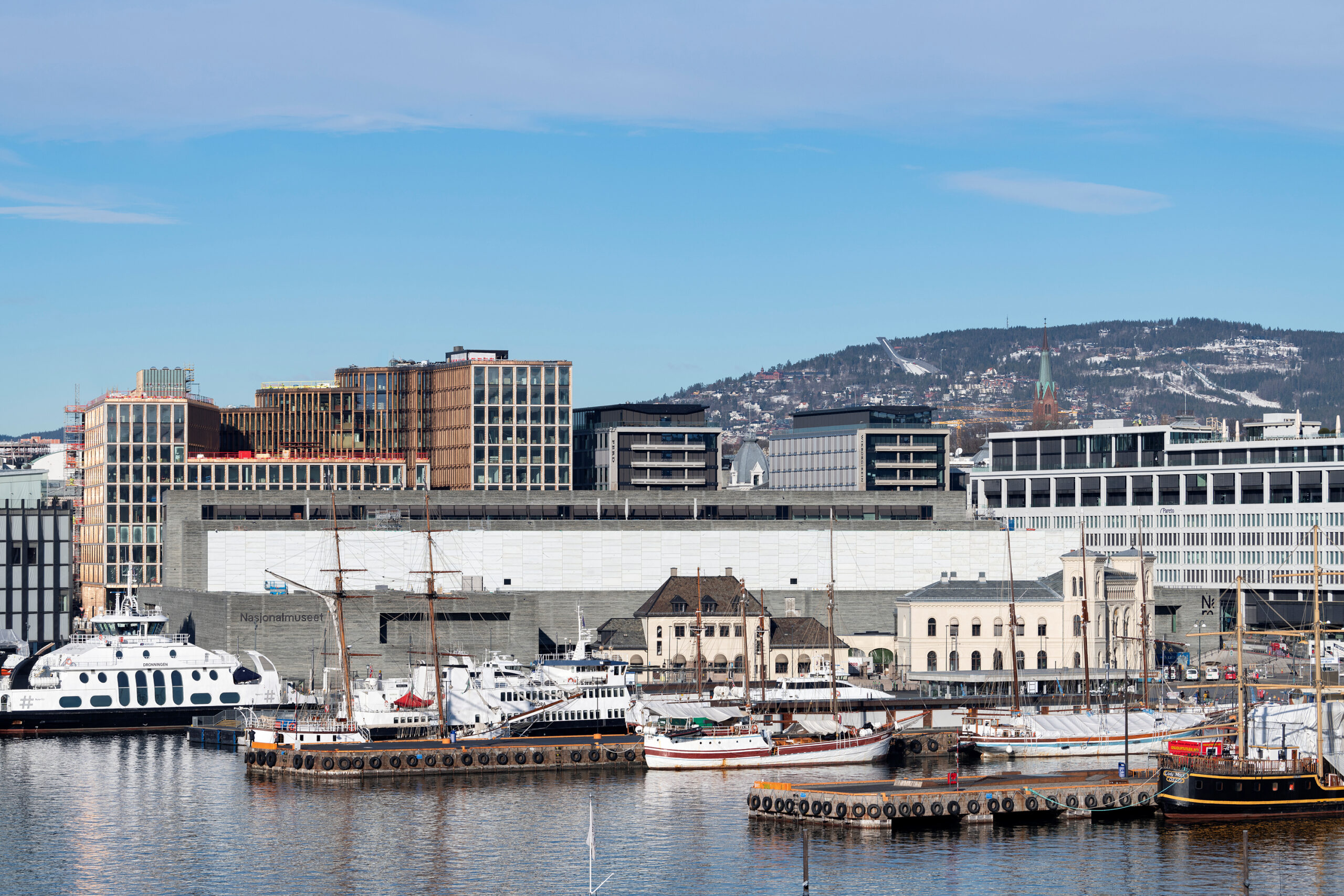 The collection of paintings that was previously preserved in the National Gallery (Nasjonalgalleriet) focuses primarily on the nineteenth and early twentieth centuries – most of it Nordic, as well as some French and German art. But it also includes a collection of 730-odd European paintings dating from before 1800. Around 245 of these paintings can be classified as Netherlandish, a small proportion of which have strong connections to Scandinavia. The latter include paintings by Allart van Everdingen, who travelled to Norway, Nicolaes van Gelder, who worked in Copenhagen and Stockholm, and painters such as Abraham Wuchters, Karel van Mander III, and Jacob Coning, who worked for the Danish court.

The Print Room contains approximately 235 Netherlandish drawings, excluding versos, and some 2,540 Netherlandish prints. Examples of the former are Joachim Wtewael’s preparatory study for The Judgment of Paris and The Derelict Church of Sloten by Rembrandt (fig. 2). It was above all in its first hundred years that the museum succeeded in acquiring Netherlandish works of art. In more recent times, such acquisitions have been only sporadic. In 2013, for example, the museum bought a painting by Jacob van Ruisdael (fig. 3), because the blasted oak tree at the centre of the image illustrates Ruisdael’s influence on the work of Bergen-born artist Johan Christian Dahl. 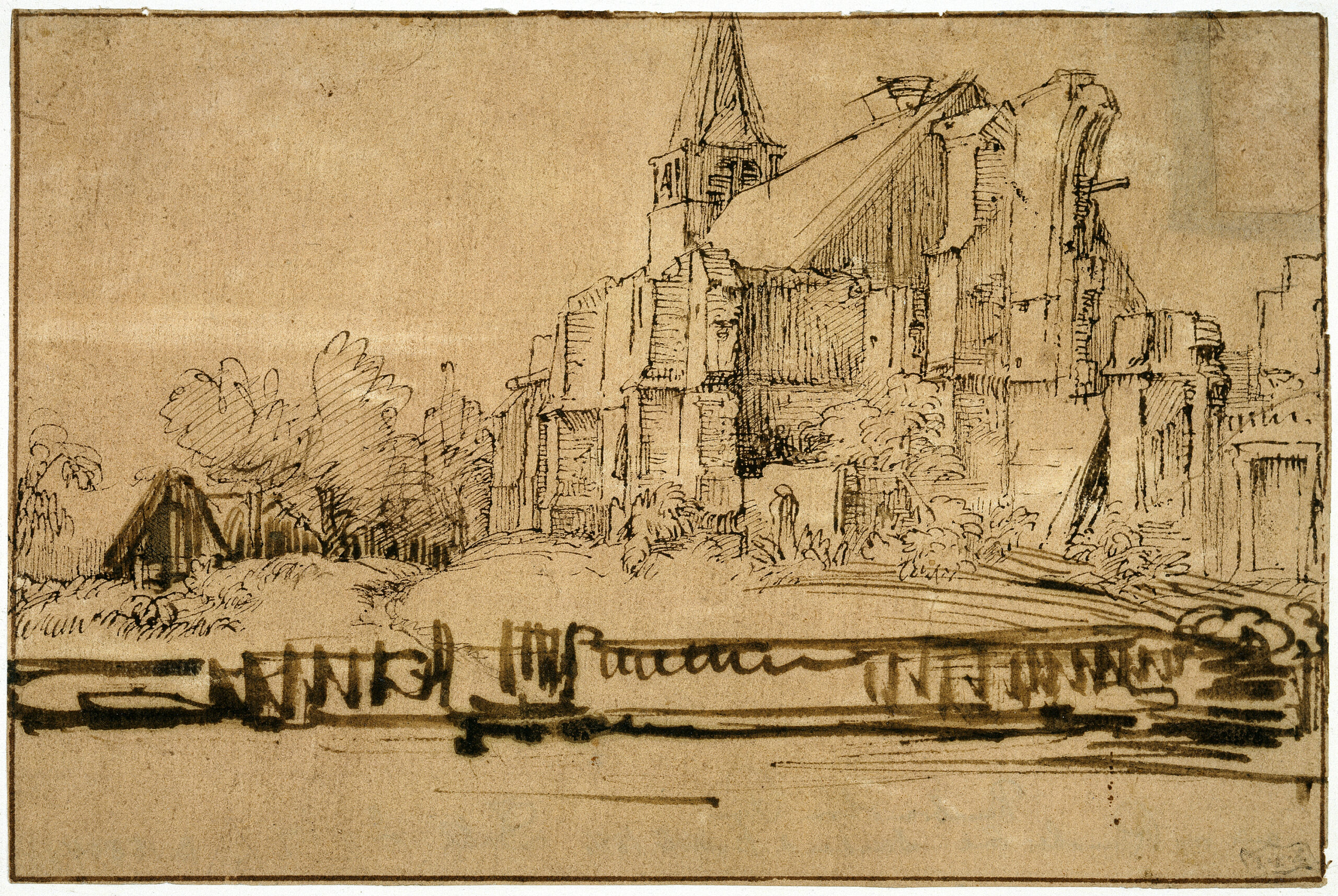 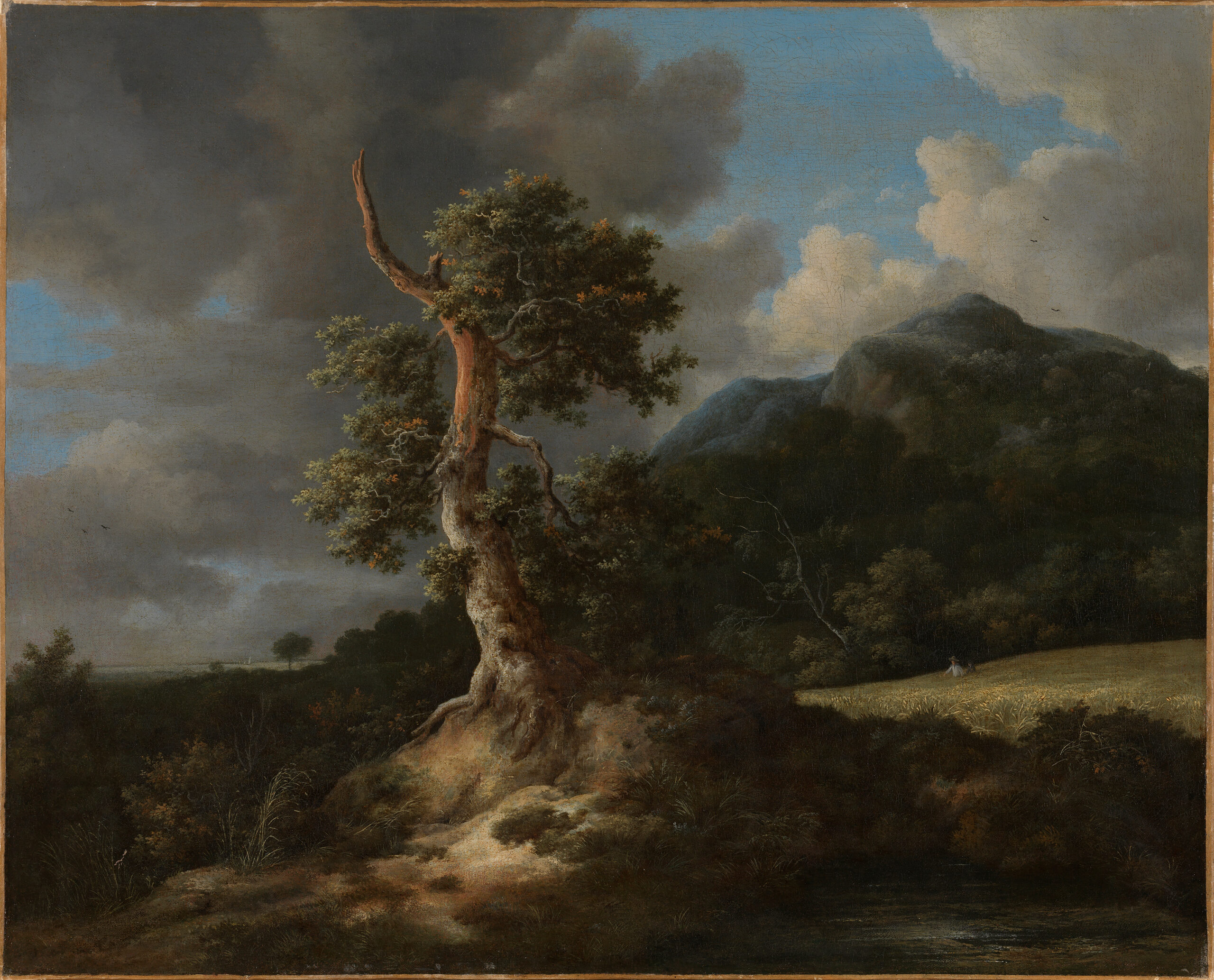 The History of the Picture Collection

In 1836, the Norwegian Parliament in Christiania (since 1925: Oslo) established what would become the national art collection. A national collection was needed, it was said, since Norway lacked ‘collections of good works of art for patterns of inspiration.’ Because of the country’s history – Norway had been part of first the Danish and then the Swedish kingdom – it had no princely collections to form the basis for a national collection. Art collectors, too, were few and far between.

This prospective art collection was created with the aim of refining the taste of the public and providing examples for the benefit of art students. The first person to propose it, almost a decade earlier, in 1827, had been the painter Johan Christian Dahl – who was by then living and working in Dresden. Dahl believed that his fatherland Norway lacked exemplary works of art that could enrich the education and training of young artists. By February 1837, funding had been allocated to create a national collection of paintings. The first purchase of 28 paintings was made in Copenhagen at the auction of the collector Frederick Conrad Bugge. Of these first works, 22 were Netherlandish, by artists including Jan Davidsz. de Heem, Roelant Savery, and Gerard de Lairesse. 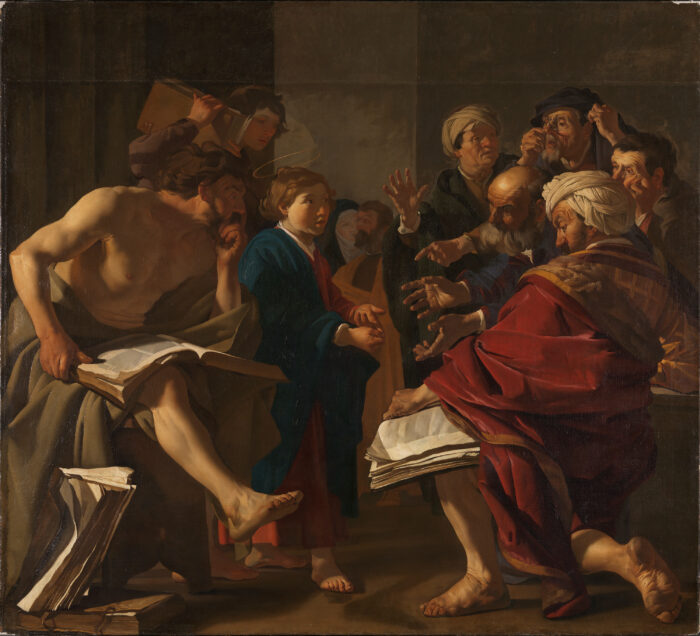 In the first few decades of its existence, the museum acquired the bulk of its pre-1800 collection and worked towards developing an overview of European art history. At the same time, however – from its second year – it also started focusing on buying art by living painters. The museum took a particular interest in paintings made at art academies like Düsseldorf and Dresden, where Norwegian art students went to complete their training. It largely bought paintings by Norwegians, starting with several by Johan Christian Dahl and a large painting by the landscape artist Thomas Fearnley. However, it also added German and Swedish contemporary works to the collection. It had only a limited acquisitions budget in those early years.

Besides his activities as a painter, Dahl was also an avid collector of art. The museum bought part of his collection in the early 1840s: 76 paintings in total from Dahl’s collection in Dresden were purchased and sent to Christiania. This was a mixed collection of European Old Master paintings and works by his contemporaries such as Johanna Marianne Freystein. One of the Netherlandish works from his collection that will be displayed in the new museum is Dirck van Baburen’s Christ among the Doctors (fig. 4). It was most recently on display in the exhibition Utrecht, Caravaggio and Europe in Utrecht and Munich.

The museum had to manage without fixed premises for the first few decades of its life, and changed its name several times. Around 1870, the museum of visual arts acquired the name ‘National Gallery’ (Nasjonalgalleriet) – eventually becoming the National Museum (Nasjonalmuseet) in 2004, when the four national institutions merged.

One of the leading donors of European Old Master paintings was the beer brewer Christian Langaard, who donated 64 paintings to the museum in 1923. Netherlandish highlights from this collection include paintings by Frans Snyders, Joos de Momper and Lucas van Leyden, which Langaard had previously exhibited in his private home.

In the past few years, the curators have spent most of their time developing the display for the permanent collection in the new building in addition to planning future exhibitions. As the museum will have more wall space than the former National Gallery, paintings that were previously in storage will now be on view. Most of the research on paintings at the present time focuses on those that undergo conservation treatment before going on display. 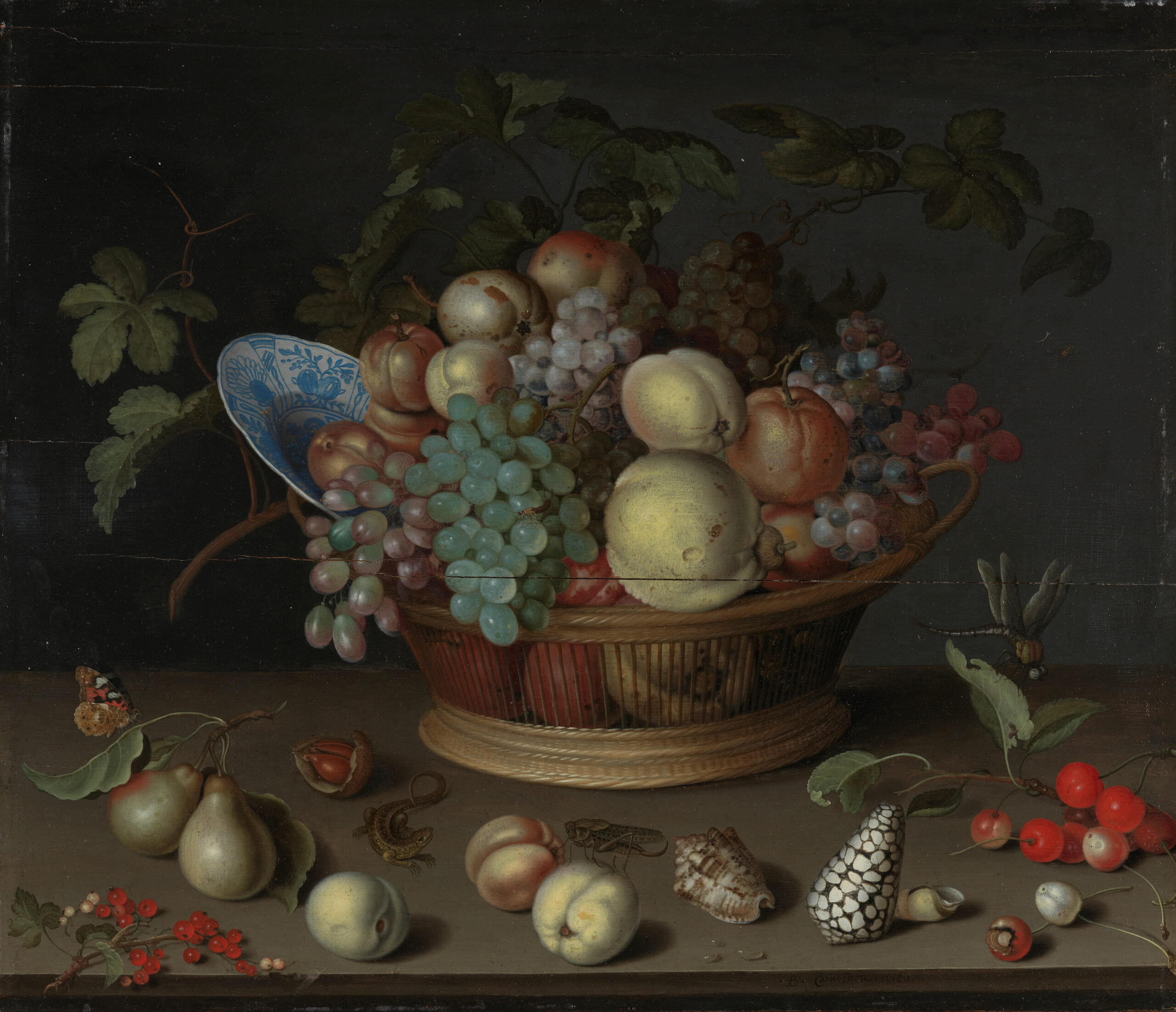 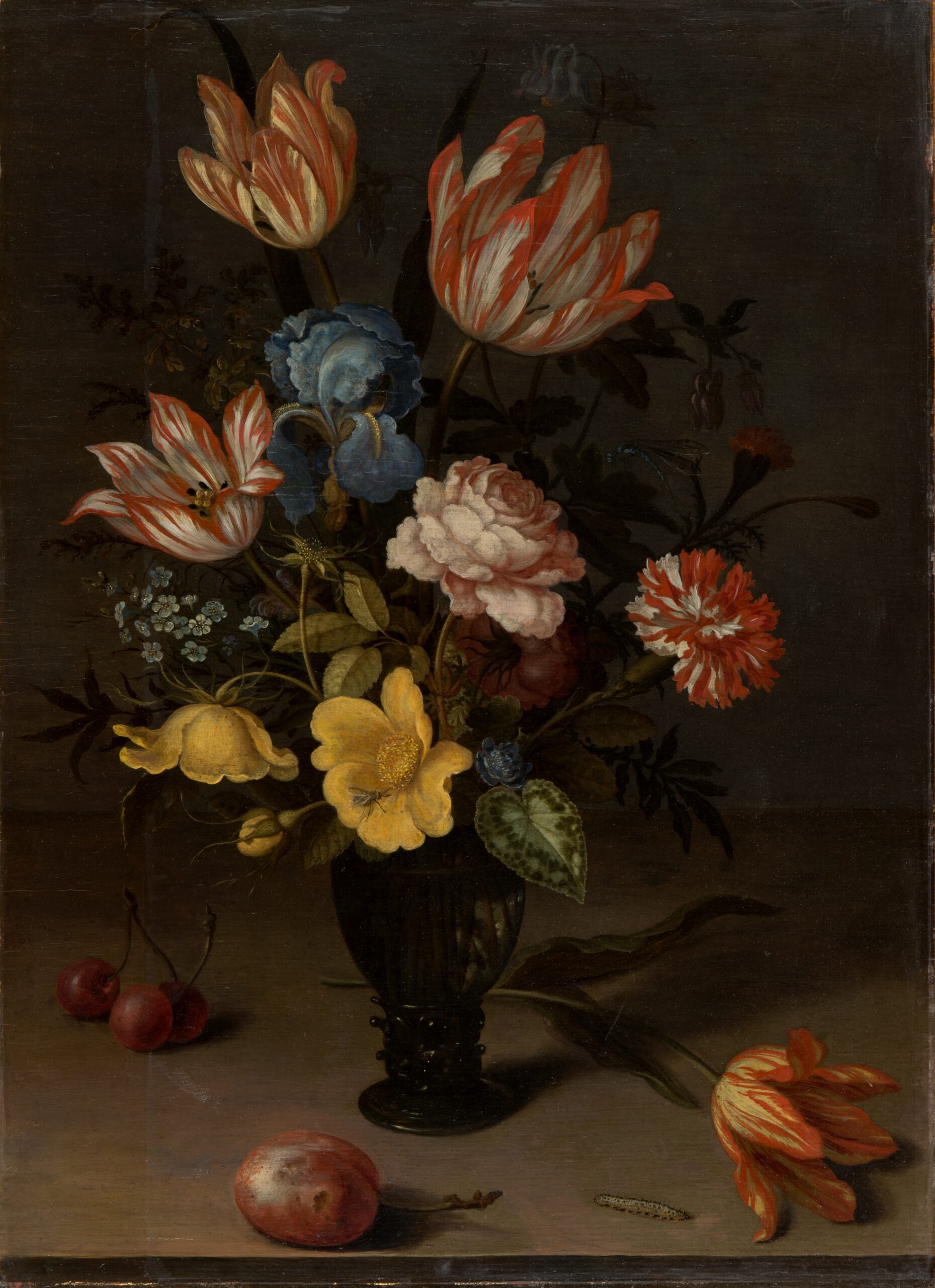 A painting by Balthasar van Ast (fig. 5) yielded some interesting discoveries quite recently. Registered as number 11 in the collection, it was bought at the Copenhagen auction in 1837. When one of our conservators removed its old layers of varnish, she found traces of flowers and cherries at the edge of the painting, indicating that this basket of fruit must once have been larger. She asked me to examine the painting and investigate its history – and if possible to track down the missing section. The examination made it clear that the work had once been one of Van der Ast’s larger horizontal paintings that display fruit and flowers on a table. An initial search into its provenance revealed that the painting’s previous owner, Frederick Conrad Bugge, bought it in its current state as ‘anonymous’ at some point between 1824 and 1829. But that other paintings by Van der Ast had fallen victim to being split up in this way only became clear to me when I studied the Aachen exhibition catalogue Die Stillleben des Balthasar van der Ast (1593/94–1657) from 2016. It was there that I found a painting marked as a fragment which matched the traces on our panel. With the help of the director of the Suermondt-Ludwig Museum and CODART member Peter van den Brink I managed to track down the private owner and confirm with our conservator that the paintings had most likely once belonged together. In the near future, we hope to confirm this by non-invasive research and display the works side by side after they have spent more than 200 years apart. 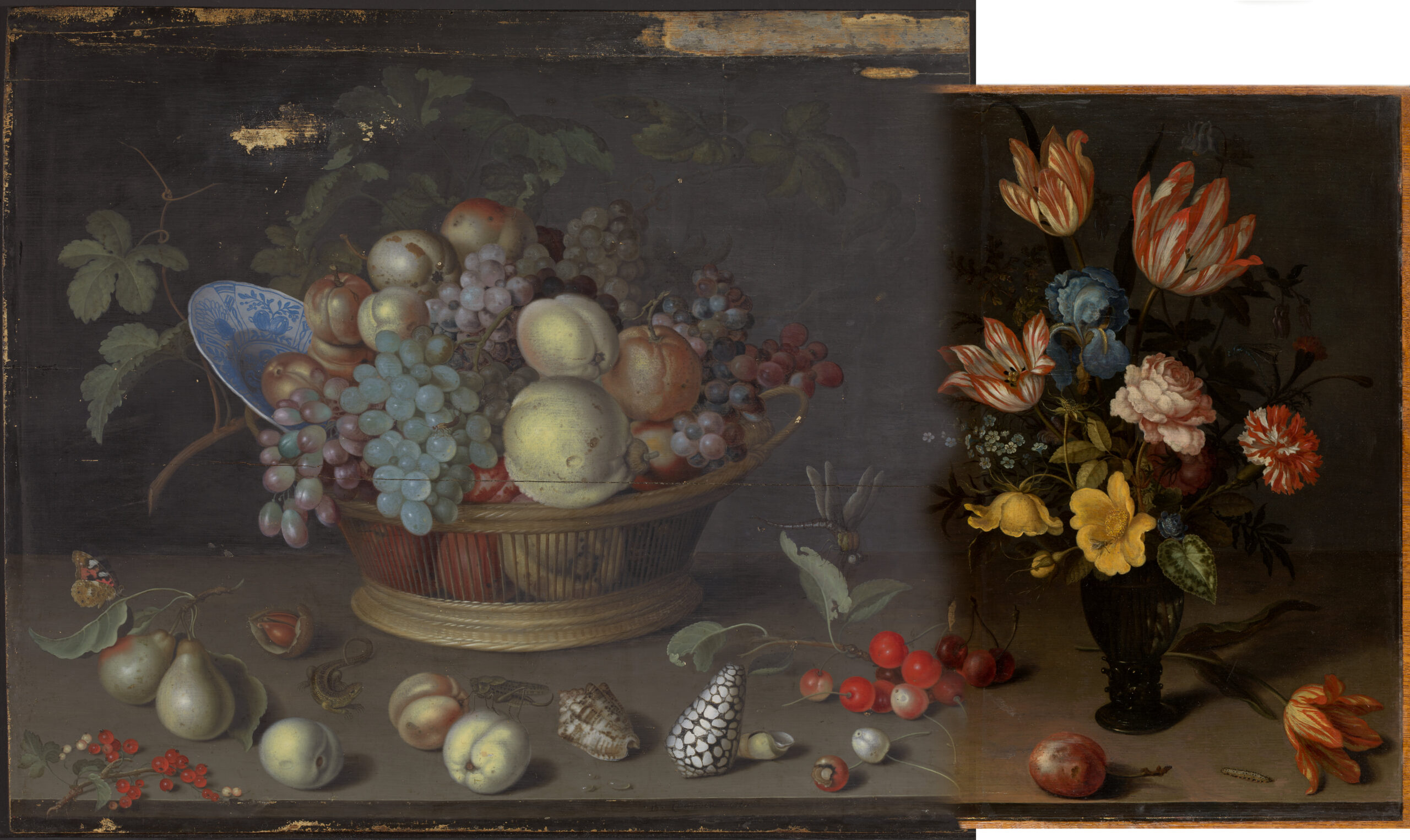 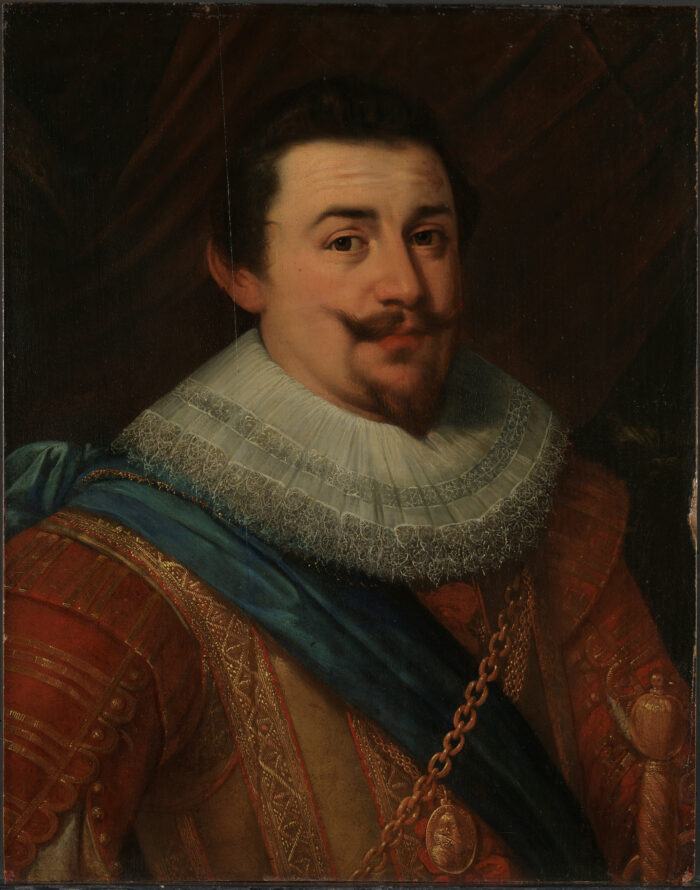 Many Netherlandish paintings in the collection are surrounded with questions, for example as to attribution and/or the sitter’s identity. One such puzzle is an unattributed painting, dated in the 1620s, that the museum bought from J.C. Dahl’s collection in 1840 (fig. 8). It depicts a man of high rank, in red garments trimmed with gold thread, sporting a sword and a medal of honour of Frederick Ulrich, who ruled as Duke of Brunswick-Lüneburg from 1613 until his death in 1634. A version of the medal in this painting, dated 1620, survives in the Niedersächsisches Landesmuseum, Hannover. Finding out who belonged to the duke’s inner circle and who led his military campaigns could help to identify the man depicted.

The museum’s holdings of foreign paintings before 1800 are not as well researched as its later collections. Since the museum had only a limited budget for purchases in its early years, the collection includes many anonymous works, but it also contains monogrammed pieces by little-known artists who were active in the seventeenth century, such as the Haarlem painter Gerrit van Deurs and Roelant Hujoel II, who worked in Brussels. Over the next few years, the museum aims to publish most of the collection, along with wide-ranging essays, on its website.

All the works discussed here can be found online at: https://www.nasjonalmuseet.no/en/collection/

Cynthia Osiecki is Curator of Old Masters at the Nasjonalmuseet in Oslo. She has been a member of CODART since 2018.