Museums and other cultural heritage institutions have long invited input from the public when devising their exhibition programs. Today we also see a growing trend in which the expertise of people from outside the museum is deployed to help supplement collection data. The RKD Netherlands Institute for Art History recently launched a crowdsourcing project to digitize the Bredius notes, and archives are making enthusiastic use of public participation to transcribe old archival documents. Last year, Musea Brugge partnered with Bruges City Archives and Openbare Bibliotheek Brugge to launch the project Enriching the View on Bruges, in which local heritage enthusiasts help to identify works on paper that have a link with Bruges.

This pioneering project is based on the passionate interest of many Bruges citizens in the city and its development. The city has numerous local guides and no fewer than three local history societies, while several cultural heritage institutions have lively friends’ associations. Musea Brugge seized on these assets to launch its first large-scale deployment of volunteers to make the Bruges collections accessible online through the known channels ErfgoedBrugge.be, Erfgoedinzicht.be and the catalogue of the Openbare Bibliotheek Brugge. 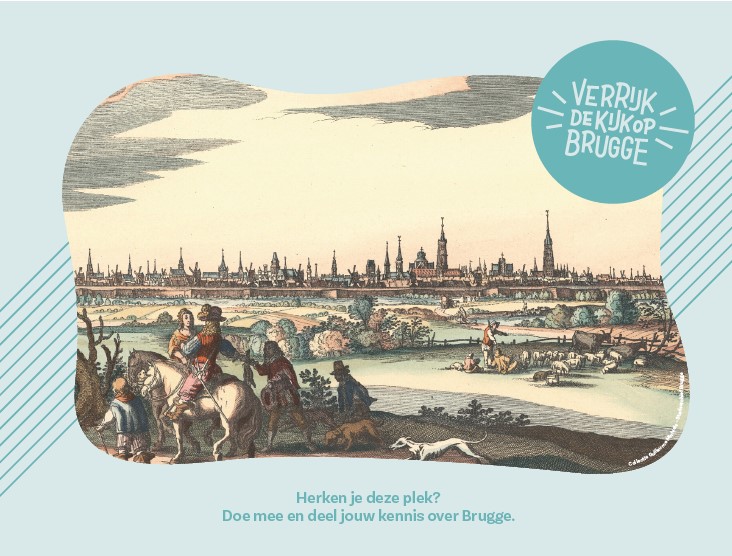 Musea Brugge is on the threshold of a number of exciting changes. With the opening of BRUSK (planned for 2025) the city will be enriched by a new exhibition hall with two large galleries for simultaneous exhibitions and state-of-the-art storage facilities for the most delicate collections. The adjoining Musea Brugge Center for Collection Research (planned opening 2023) will house the offices of the curators, as well as the museum library and a study room where works on paper can be consulted. Finally, the organization is preparing for the upcoming move of the collection to the Erfgoedfabriek, a new external heritage depot (planned for the end of 2022). In its determination to optimize operations and services at the new locations, Musea Brugge is focusing efforts on catching up with collection registration, for which the Flemish Government has awarded special project subsidies. 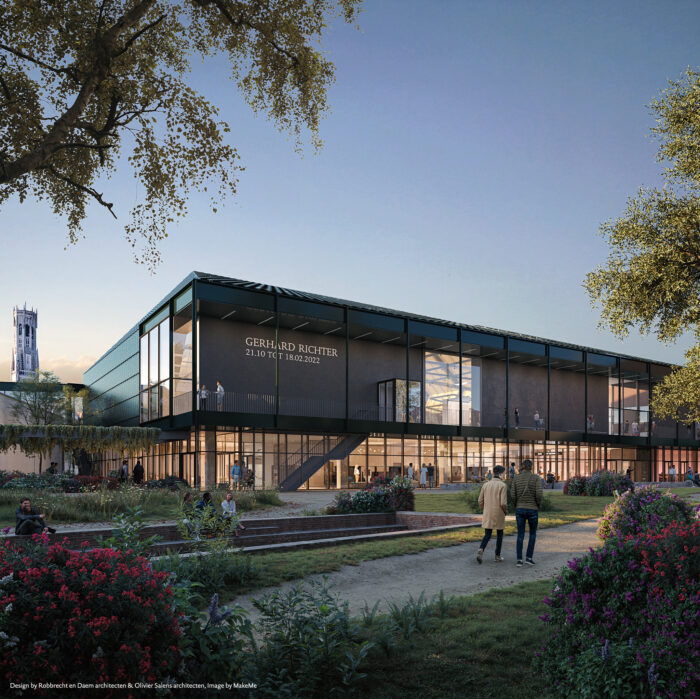 For the publicly-subsidized project Enriching the View of Bruges, Musea Brugge, Bruges City Archives and Openbare Bibliotheek Brugge have joined forces in a new crowdsourcing, registration, and digitization project. Since September 2020, these cultural heritage institutions have been exploring common ground and overlaps between their collections of works on paper (mainly from the nineteenth and twentieth centuries). They are looking at sub-collections of their own works by, and/or collections of, artists who have some connection to Bruges. In the case of the Print Room and the Museum of Folk Life (which both fall under Musea Brugge), the focus is on artists or collectors linked to Bruges Academy of Fine Arts and the Industrial School. Maps, albums, photographs and lithographs, published either as loose sheets or bound, were selected from the City Archives and the Public Library. These works were studied systematically and simultaneously, making it possible to map out the interrelationships between the various city collections for the first time. This is an important first step in identifying common ground and overlaps within the Bruges Collection as a whole, which includes not only all the municipal heritage institutions, but also the OCMW (Public Centre for Social Welfare) and the city’s religious heritage. For example, the Album Pittoresque de Bruges, containing images of picturesque sites and monuments of the city, is well represented in all three collections, but has never before been studied as a whole. 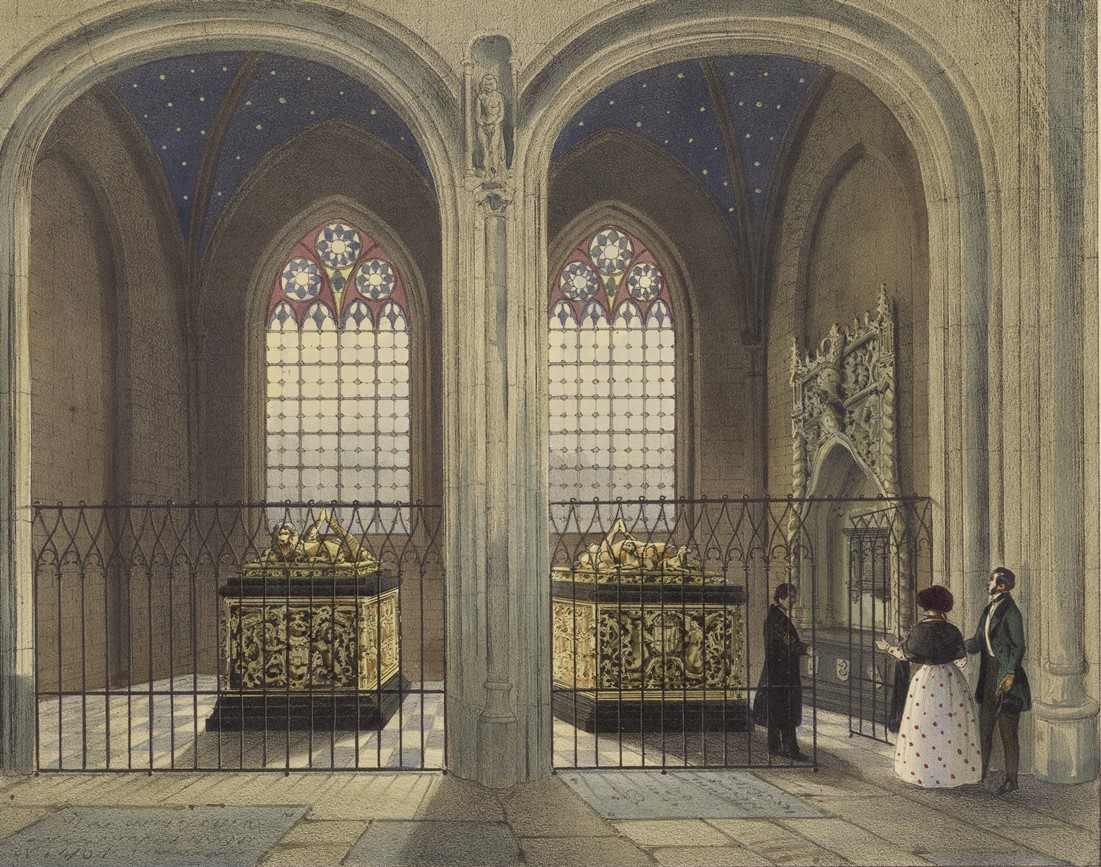 Lithograph of the tombs of Mary of Burgundy and Charles the Bold in the Church of Our Lady in Bruges, from: Octave-Joseph Delepierre, Album Pittoresque de Bruges, 1837-1840

Two temporary employees were recruited to help with this project. They register the selected works using standardized instructions to ensure uniformity and work in close collaboration with the responsible collection staff of the various institutions, the registration team of Musea Brugge, a volunteer coach, and an e-culture coordinator employed by Musea Brugge. Crowdsourcing was used to enlist the assistance of regional experts who can draw on their own knowledge to describe the cityscapes and many other works from the three collections that have a link with Bruges. The registration team then use the volunteers’ input to register the images fully and professionally in the various collection databases (Adlib, Memorix Maior, and Wise).

On 26 September 2020, the project was officially launched with a live – Covid safe – meeting. No fewer than 60 interested people attended the event. The audience heard an introductory talk on the selected sub-collections and were introduced to the crowdsourcing platform. The enthusiasm for the project was immediately apparent. When the attendees were presented with various objects and invited to join forces to describe them, an enthusiastic back-and-forth developed, with people eager to share their knowledge, complementing and correcting each other. Many of the volunteers who attended the event eventually signed up to work at home describing the works using a manual specially prepared for the project. 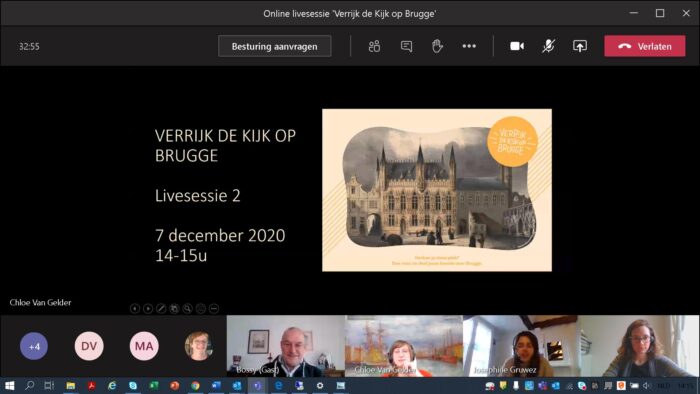 The platform chosen for the crowdsourcing is DoeDat – an initiative of the Meise Botanical Gardens that was developed with the support of the Flemish Government based on the Australian Open Source crowdsourcing platform DigiVol. Through this platform, the volunteers are asked questions about works on paper from the three Bruges city collections that are presented in random order in batches of 1,000. The volunteers will have greater affinity with some images than with others. This method encourages them to look more closely at objects that do not immediately appeal to them or about which they have less background knowledge. The volunteers describe what they see in the picture and say whether it is a view of Bruges. If it is, they are invited to identify the precise location on a map of Bruges using a GPS tool. Even if the image depicts something else entirely, the volunteers can describe what it shows. They have already provided the registration team with valuable tips. For example, on several occasions the volunteers have supplied important information that helps to date the works. In one case, for instance, someone was able to accurately date an old photograph showing a view of Blinde Ezelstraat in Bruges city center on the basis of the iron railings of the bridge at Huidenvettersplein, which were replaced by low stone walls in the 1950s. 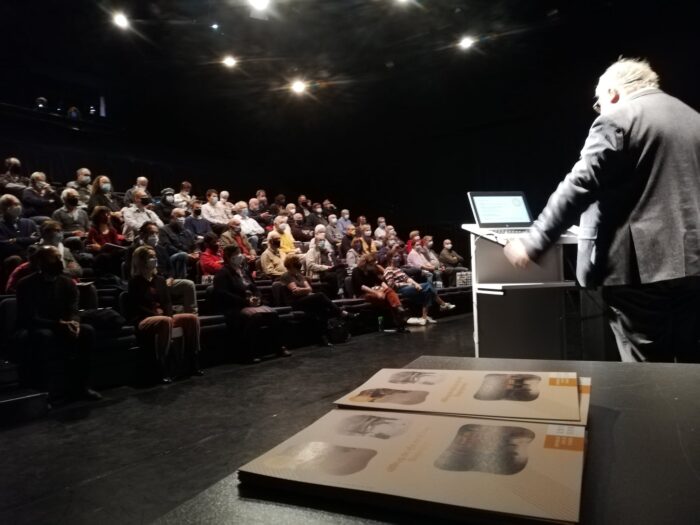 Vision of the Future

Enriching the View of Bruges can already be called a success. Within three months, the first batch of 2,000 images had been seen by about 85 different volunteers, and this group is still growing. In the meantime, a second and third batch of 1,000 images each have been made available on the crowdsourcing platform – 11% and 61% of which, respectively, had already been registered by mid-March 2021. These initial results are beyond all expectations. The enthusiasm with which the volunteers are helping to bring this project to fruition shows the enormous support for an initiative of this kind.

This confirms that it was well worth the effort to explore and implement crowdsourcing for collection registration – it provides substantial added value. Bruges City Archives already had past experience using volunteers to help making their local collections accessible on location, but for the three heritage institutions this was the first time they had ventured into the use of crowdsourcing to work on enriching collection data. Although the subject of the project was ideally suited to crowdsourcing, some had expressed doubts at the start of the project as to whether the volunteers’ contributions would repay the time and effort needed to set up and run the project. It has since become clear that besides the data obtained, the project has forged a bond with the local community that should not be underestimated. For Musea Brugge, which enjoys plenty of interest from tourists every year, this target group is of particular importance.

Musea Brugge, Openbare Bibliotheek Brugge, and Bruges City Archives see this venture as a pilot project as they research the scope for developing a more advanced, tailor-made crowdsourcing tool that can be used to permanently embed the use of volunteers in collection registration. Bruges’s rich heritage collections offer a wide range of possibilities for launching new crowdsourcing initiatives for registering both Old Master and modern artworks and heritage objects. We hope to engage the dedicated local community, with whom we built up such a successful relationship in Enriching the View of Bruges, in long-term participation in collection registration – and by extension, in the museum’s activities as a whole.

Evelien de Wilde is Flemish research centre for the arts in the Burgundian Netherlands Curator of Prints and Drawings. She has been a member of CODART since 2014.

Sarah Van Ooteghem works as a cataloguer at the Musea Brugge for the projects Enriching the View on Bruges and Hub! from art storage to digital collection.